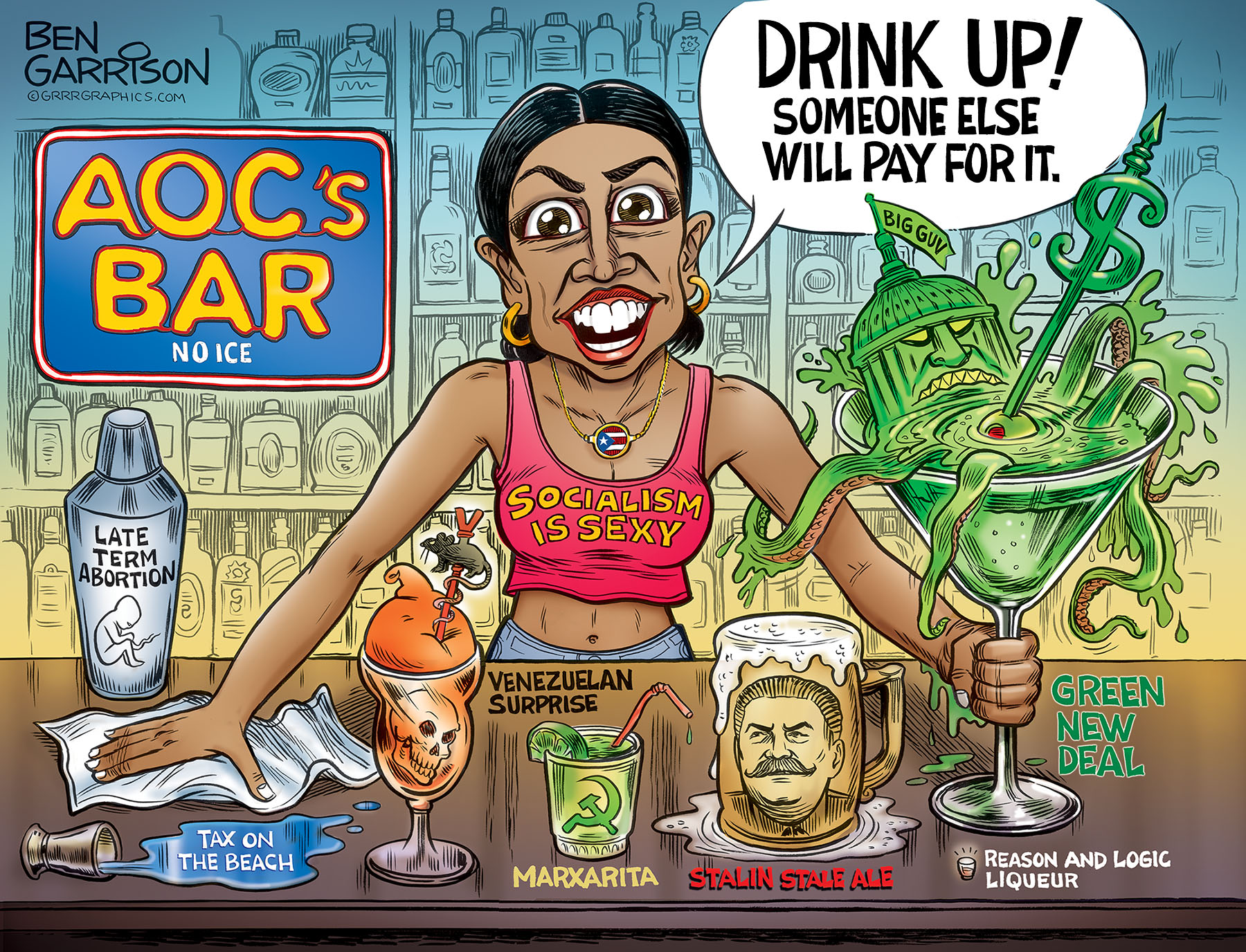 Before Alexandria Ocasio-Cortez was elected to congress at the tender age of 29, she was a bartender and waited tables. She has never run a business, nor did she served in local government.

We are not putting bartenders down—there are a lot of good people serving fantastic drinks. Yet most of them never go on to serve in congress.

From AOC’s Raw Green Deal to her defending anti-Semitic comments by Rep IIhan Omar, AOC has shown America what she has been drinking all this time—a strong swirl of Marxist kool-aid coupled with a shot of Hitler.

In the New Radical Democrat party, that’s the norm. Holding a moderate view is now the extreme.

They have become so disconnected from reality and our American Values that they are imploding before our very eyes. 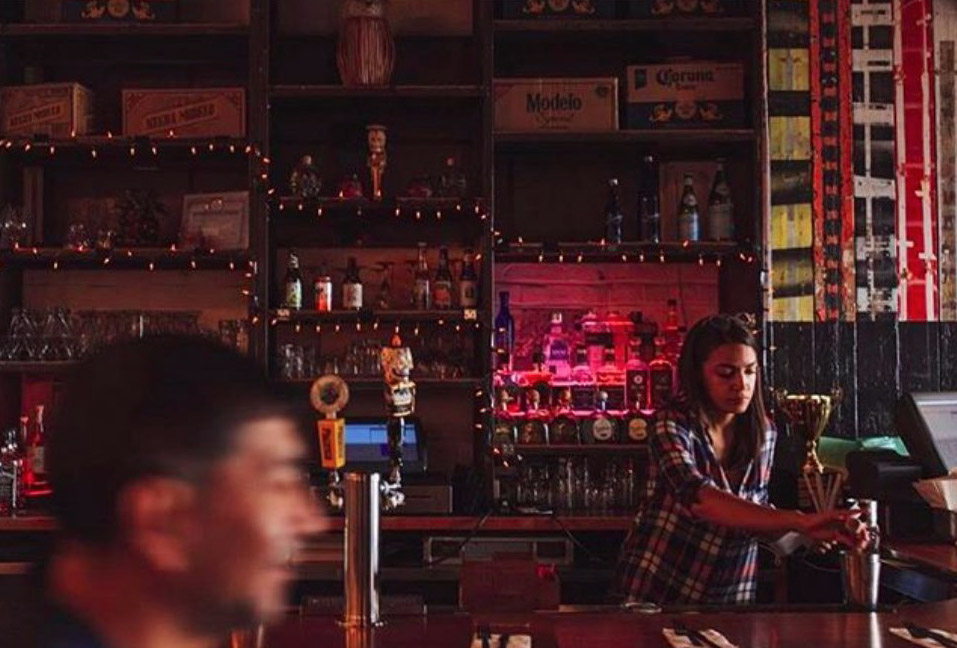 To the uneducated, AOC’s bar offers you the best in socialist hard liquor. To the rest of us, it just looks like kool-aid from Jonestown. 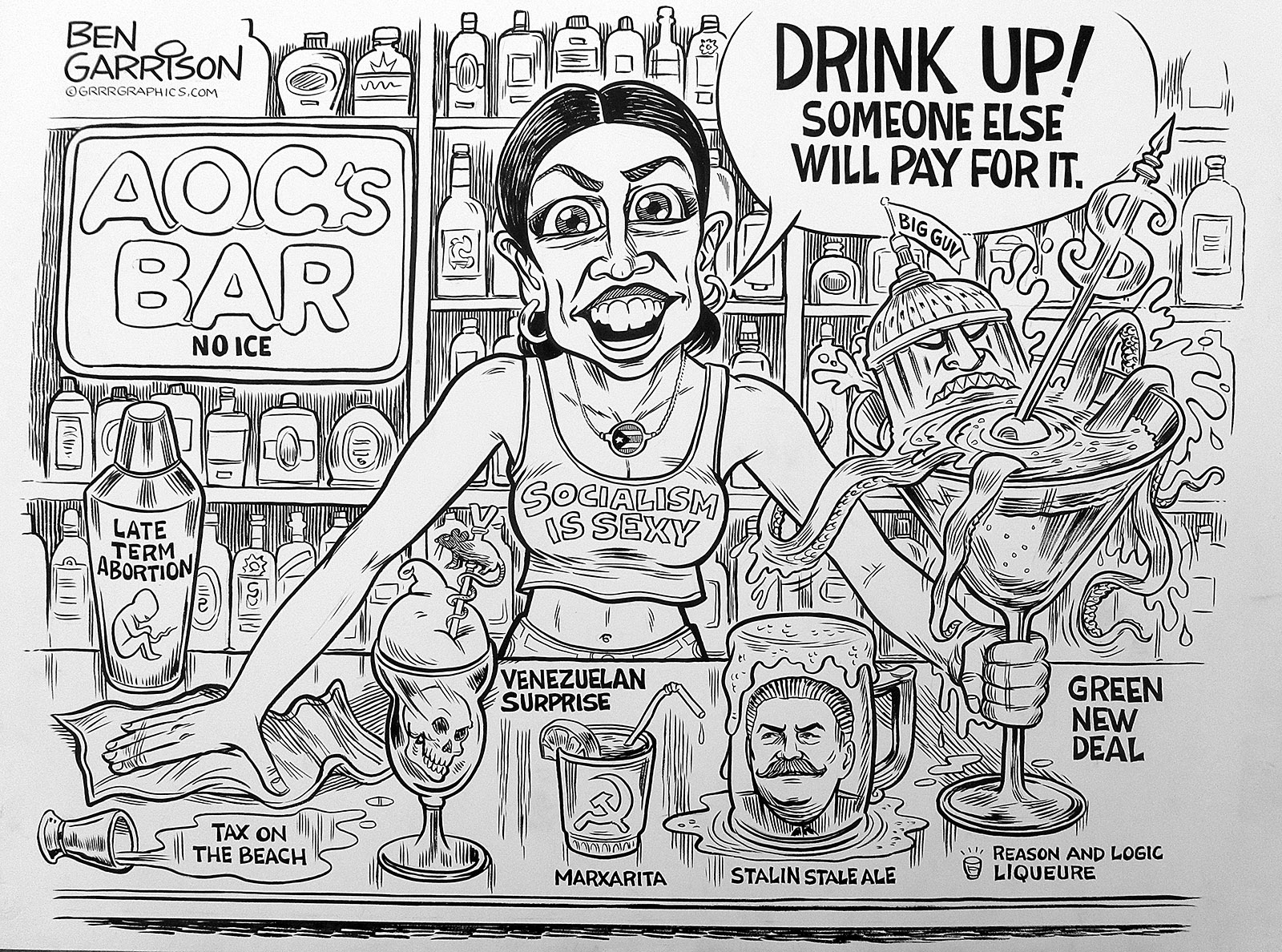