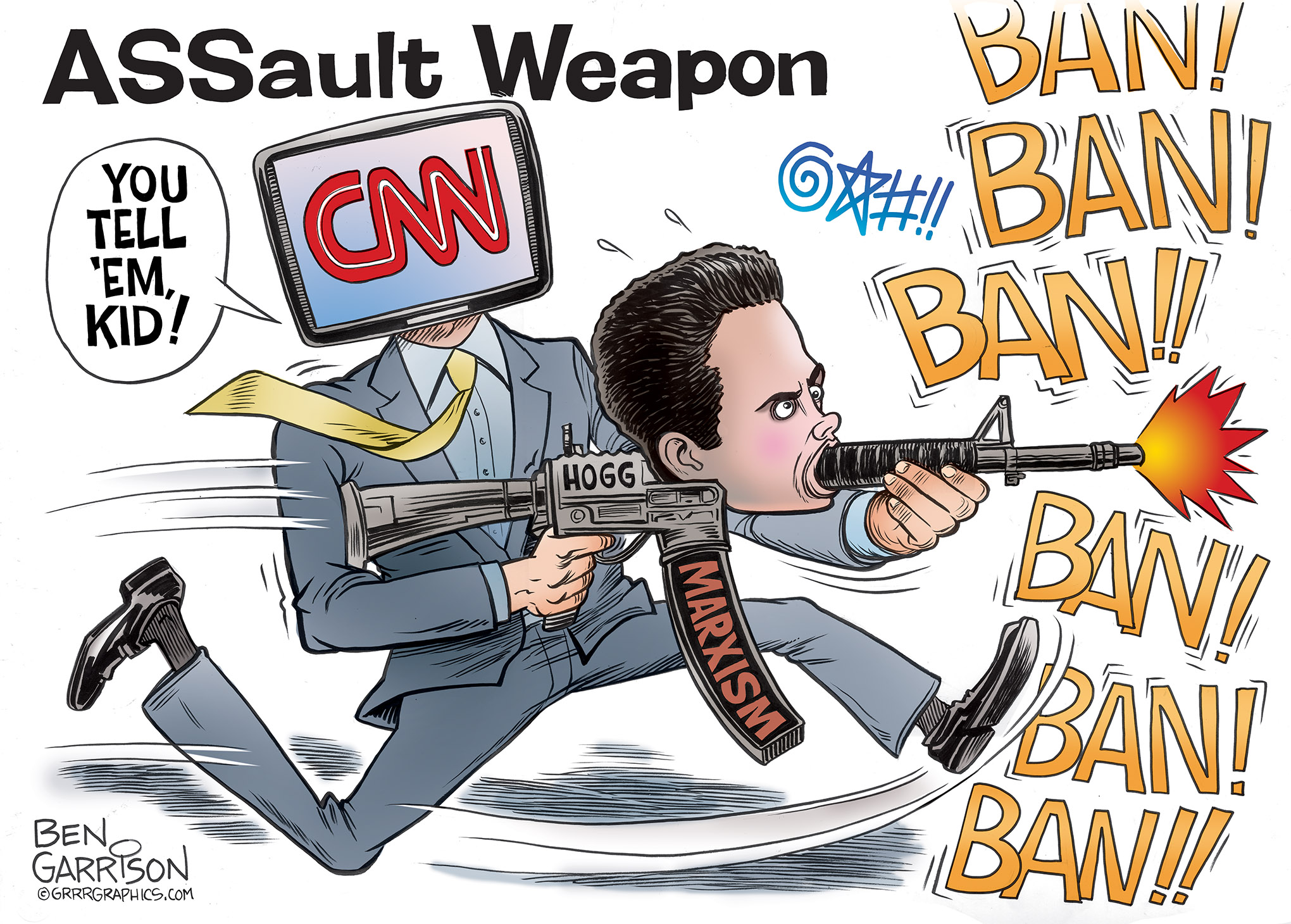 “Our parents don’t know how to use a f___ing democracy, so we have to,” exclaimed 17 year-old David Hogg, a survivor of the school shooting in Florida.

Someone should inform the callow Hogg that we are not a democracy. We’re a republic with intrinsic respect for the rights of individuals even in the face of angry mobs who scream demands that the individual give up something—such as guns.

We have the Bill of Rights which guarantees rights to individuals, including the 2nd Amendment right to own firearms. It shall not be infringed by loud, foul-mouthed sociopathic punks on ego trips. I’m not ‘bullying’ him. I’m merely putting the upstart whippersnapper in his place. He’s using his 1st Amendment freedom of speech and I’m using mine, but social media have been banning people for speaking out against Hogg’s nonsense, so we’ll see what happens in my case.

When the left begins yelling for any sort of gun control, we should be tightening our grip on those guns. Don’t fall for their buzz words such as ‘common sense’ gun control or even worse, their claim that guns should be a ‘privilege.’ If all the guns are confiscated, then only government will have guns. History has repeatedly shown us what happens then. Totalitarian governments are the worst mass shooters of all.

Buy Your signed copy of LOCK THEM UP Today