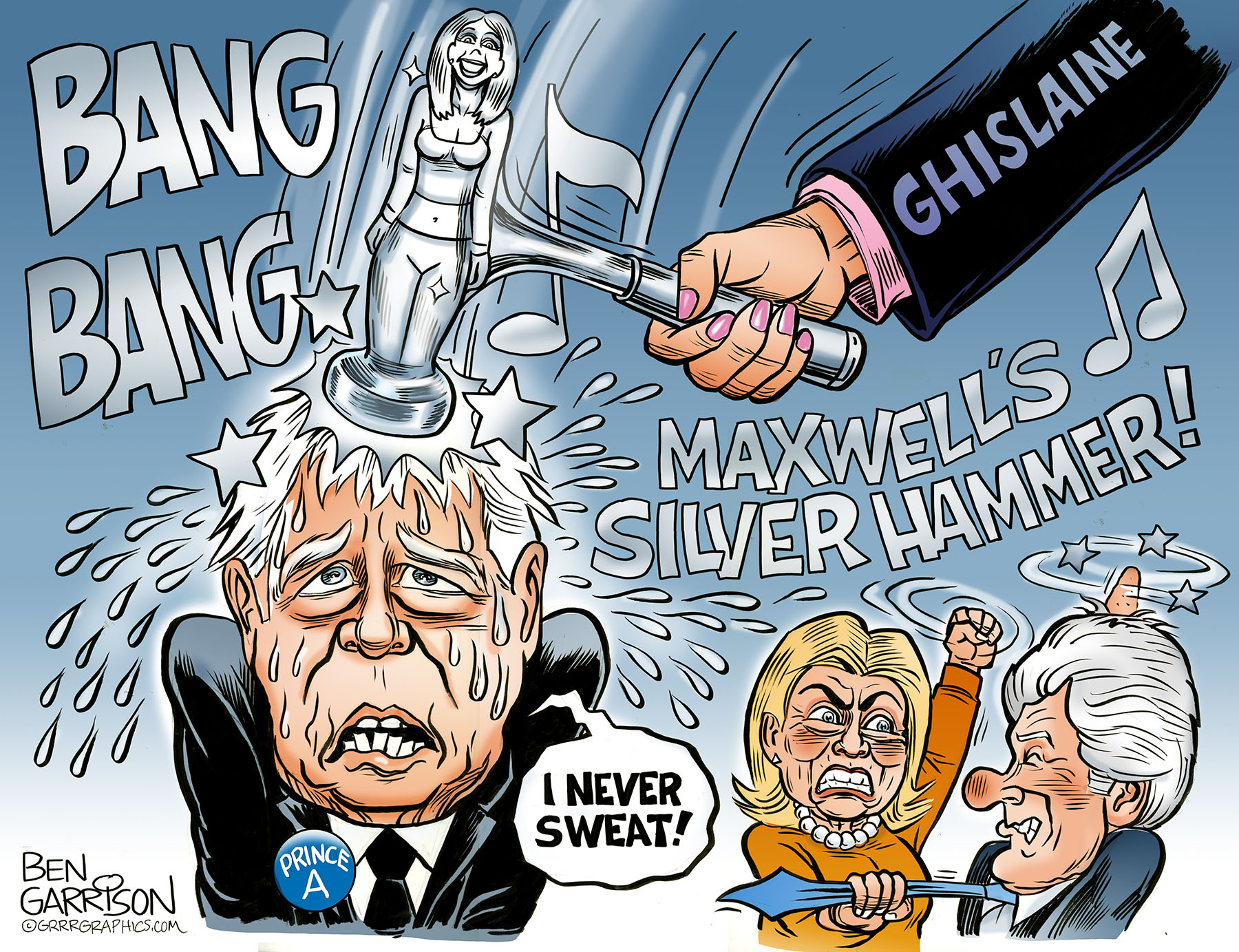 Bill and HillaryTried to stop their pillory

Back in jail again,Ghislaine appealed her case again,Prince Andrew got annoyedWishing to avoid another sweaty scene

I’ve mangled a few verses from an old Beatles song and if you’re not a Boomer you may not recognize it. I changed the lyrics to match Ghislaine Maxwell’s recent ‘guilty’ conviction and her ability to expose others who abused underaged females.

There are a lot of unanswered questions when it comes to the Epstein/Maxwell partnership. There is a long list of famous visitors to “Orgy” Island, where Epstein was king. His creepy blue and white demonic temple structure…what was it for? Were there underground tunnels and chambers that held children? Did he really film the activities of visitors both on the island and at his other properties? Did Epstein amass his fortune by bribing his visitors? Did the FBI, now known to be the strong arm of the Democrat party, confiscate everything to protect powerful people? Did Epstein commit suicide or was he murdered? Is he still alive and in hiding? Did he have a body double in prison? Does Ghislaine Maxwell have a similar double? Were Epstein and Maxwell both working as spies for the Mossad? The questions seem endless.

Ghislaine’s brother claimed she would never ‘rat out’ Epstein’s visitors in exchange for a lighter sentence. This may or may not be the case, but such an intent had to be made clear. After all, if she announced she would spill the beans on powerful men, her days alive might be rendered short. Maxwell also says she will never commit suicide, but John McAfee said the same thing.

On the other hand, she is accustomed to living a jet-setting life of luxury and now faces the rest of her life under harsh prison conditions. Why not bargain for a lesser sentence? Maybe that’s her hidden plan.

Meanwhile, Prince Andrew faces his own civil suit. His accuser was an under-aged girl when Epstein assigned her to Andrew. She went with the prince to a disco, where he danced and sweated on her profusely. She thought he was disgusting and he later forced himself upon her three times. He denies everything. He claims the famous photo of him with his arm around her waist was faked. He says he has no recollection of the girl whatsoever and claims he cannot sweat due to an adrenaline overdose that occurred during his days of a Falkland Islands War helicopter pilot. Andrew doesn’t want to release his medical records to the prosecution in order to prove his no sweat claim. A judge can order some sweat tests, though…so if Andrew is lying (I think he is) we’ll see him rejected by royalty and me may be forced to live the rest of his life in exile.

As for the rest of the guilty parties, I suspect nothing will happen to them. Nobody will get to the bottom of it. The Big Club members are above the law and remain out of the reach of justice. Nobody else will face the silver hammer.