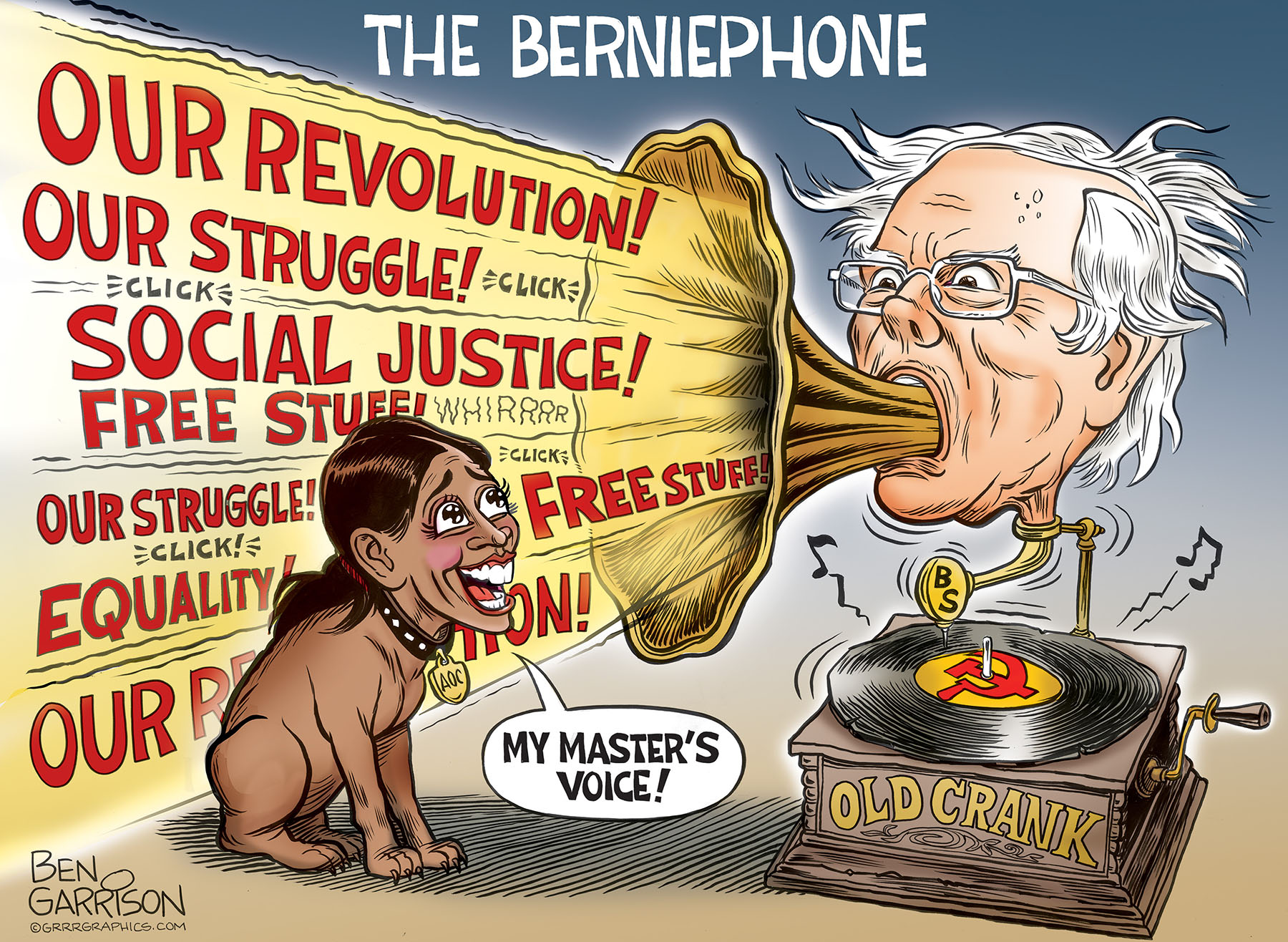 The Old Crank Endorsed by AOC plus Three

Bernie is an old, broken down communist who spews the same tired lines during the debates—as if he were an old, scratched up and skipping 78 rpm record.

Alexandria Ocasio Cortez and the “Squad” recognized their master’s voice and are endorsing Bernie for president. All of them want to self-righteously inflict their failed socialist plans on Americans.

Socialism has failed over and over again, but they refuse to acknowledge that. Instead, they militantly cling to their own ignorance. They want to keep on playing the broken socialist record, and most Americans don’t want to hear it.

This is a cartoon that was published previously on Patron and SubscribeStar.

America Will NEVER Be A Socialist Country