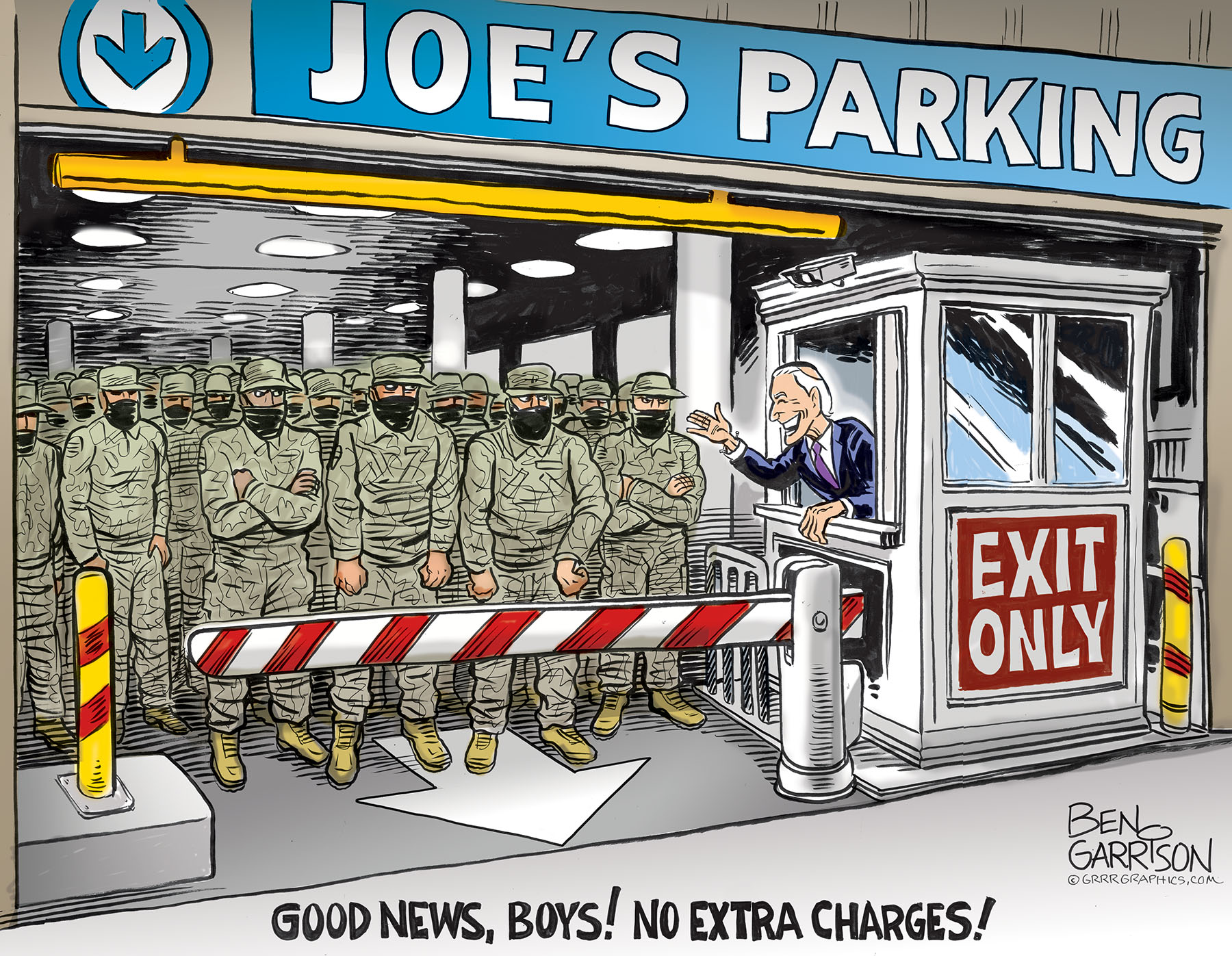 The Fraud In Chief,  barely 24 hours into his illegitimate presidency, betrays our troops.

Contrary to the glowing praise heaped upon Biden from Marxist boot-licker news networks such as CNN, Joe is a screw up. He always has been a screw up and he always will be. He used thousands of military men to protect him at his inauguration. He also wanted them there to provide an illusion that there were actually people there in attendance. After he was done with them, he tossed them aside like a kid does when he’s finished playing with plastic army men.

After Pelosi screamed for more and more troops to protect ‘her’ capitol from a non-existent threat, our military were forced into a cold parking garage instead of being provided sleeping quarters in a warm building.

BACK IN STOCK! LAST CHANCE CALENDARS- WE ORDERED 25 JUST FOR YOU! SIGNED CARTOON CALENDARS ORDER YOURS TODAY AND SUPPORT CARTOONS

The story is that a member of the National Guard was not wearing a mask on federal property (just like the Cheater in Chief) and some Democrat congressworm freaked out. This resulted in the troops being forced into an underground parking garage with no sleeping mats and only ONE bathroom.

Compare this disgusting treatment of the military to how President Trump treated the troops…tells you everything! 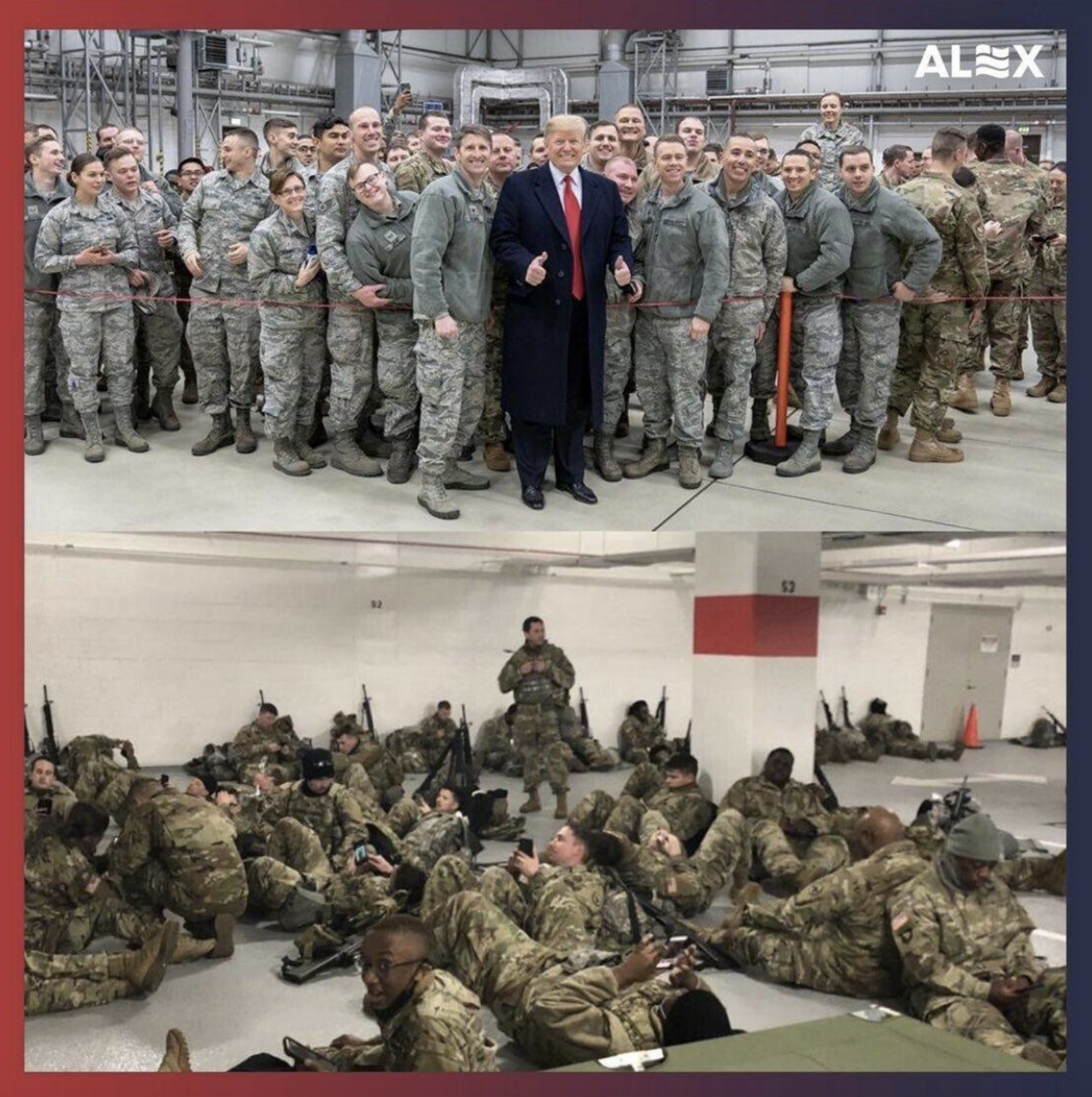 The Military is not the Democrats’ play things.

Never before in American history did troops turn their backs to their commander in chief. Yes, it happened when the Fraud in Chief Biden’s motorcade drove by on Wednesday.

Cheater in Chief Biden is not our president, and many in the military seems to agree with our opinion!

This morning OANN reported that President Trump has given permission for the troops to stay at his lavish Trump Hotel in Washington DC.

Trump loves the troops. Biden uses them as decoration and cannon fodder.

Which America do YOU want to live in? 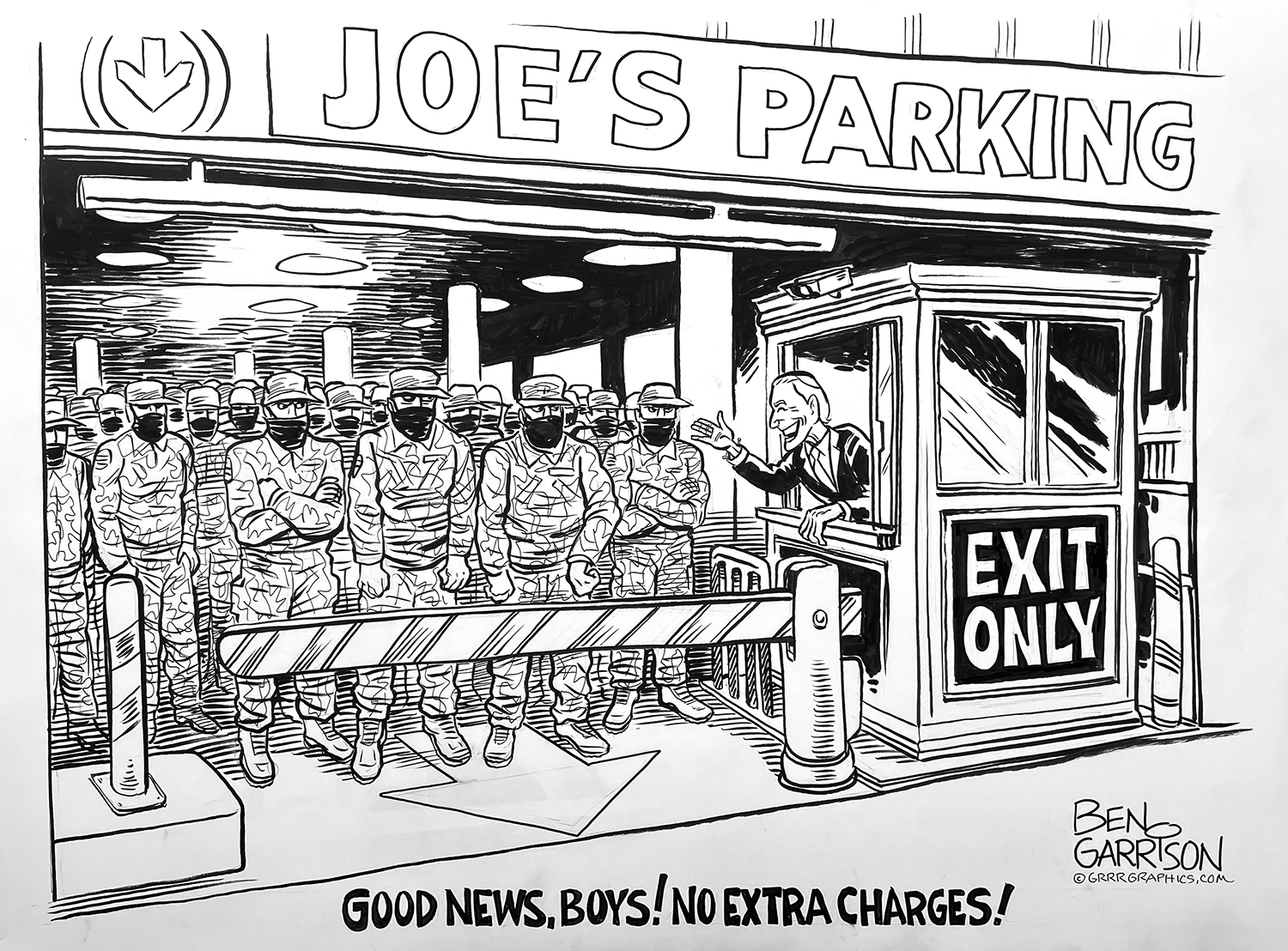 Order Your  signed copy of our limited edition poster size print Can You Hear Us Now?! Order Yours Today!