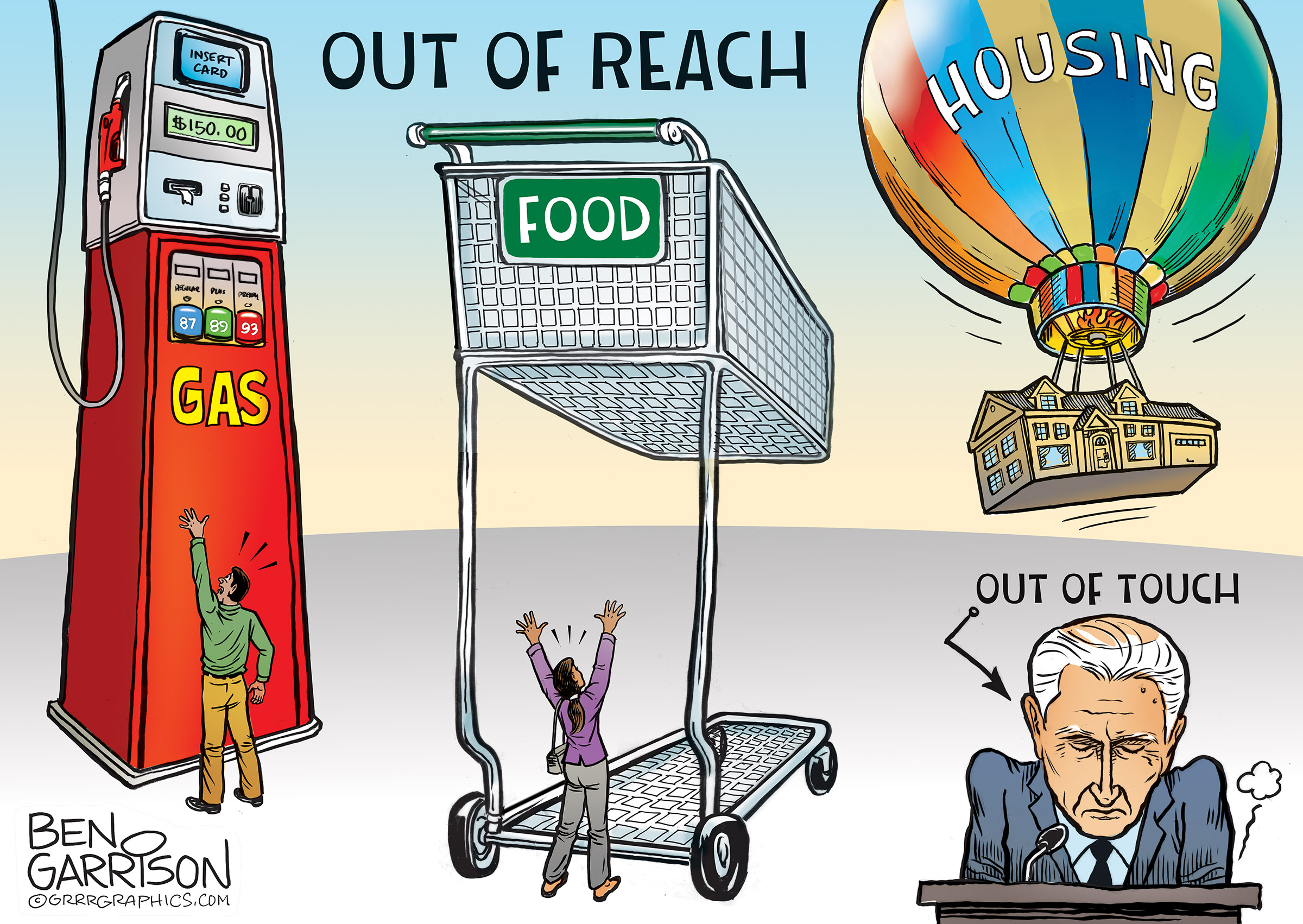 We all know Joe Biden is a walking, talking, gaseous disaster.

He won’t accept any blame, of course—that’s his nature. He will instead lie and angrily deflect any criticism. He really doesn’t care about the American people. At all. What he cares about is enriching himself and his family. He’s succeeded through decades of political office and corruption. Care about Americans? Ha. He’d quickly be looking down at his watch while pretending he cares.

Of course, we know Sleepy Joe isn’t really in charge. He’s merely a figurehead. A puppet. Who pulls his strings? His staff—especially Ron Klain. After that, it’s almost a certainty that Obama is behind Joe’s scene as well as those who are pulling Obama’s strings. Those string pullers are the same oligarchs who attend Bilderberg meetings and The World Economic Forum to hammer out their ‘Davos Agenda’ — not to mention the U.N. and their various freedom-stomping agendas.

This means the New World Order globalists are the ones who are really in charge, and it appears they want American destroyed. That’s why our military is weakened by ‘woke’ BS. It’s why we have wide open borders. It’s why we have rampant inflation.

Joe blames inflation on the Covid bailout money. In other words, it’s OUR fault because big government generously sent us a pittance after many lost their jobs due to the useless lockdowns. Nice one, Joe. Then Biden recently pushed another gargantuan pork spending spree through which means more trillions of dollars will be printed, which will wring the value out of everyone else’s dollars. It’s almost as if they want runaway inflation. They want the economy to collapse. They want the American people to suffer. Inflation is really nothing more than the leviathan government stealing more of our money. They get to enjoy spending first and foremost and we pay the price. It’s another form of stealing our labor and making us slaves. No wonder young people don’t want to work. They don’t even get the $15 per hour Joe promised them.

Dementia Joe and his ilk will never suffer. He has his mansions, his millions, and even a new half-million dollar security fence surrounding his vacation home on the beach–paid for by taxpayers, of course.

Don’t expect the inflation to do away any time soon. Many Democrats are framing it as a ‘good thing.’ Janet Yellen said inflation won’t go away until you get a Covid shot. Since the shots aren’t working, expect endless boosters and endless inflation and when the Fed finally does raise rates to counter inflation, that’s when you can expect a stock market crash and another Great Depression.

There is simply too much easy money and too much debt in the system. The dollar is nitro and the debt is glycerin. Joe has shaky hands.