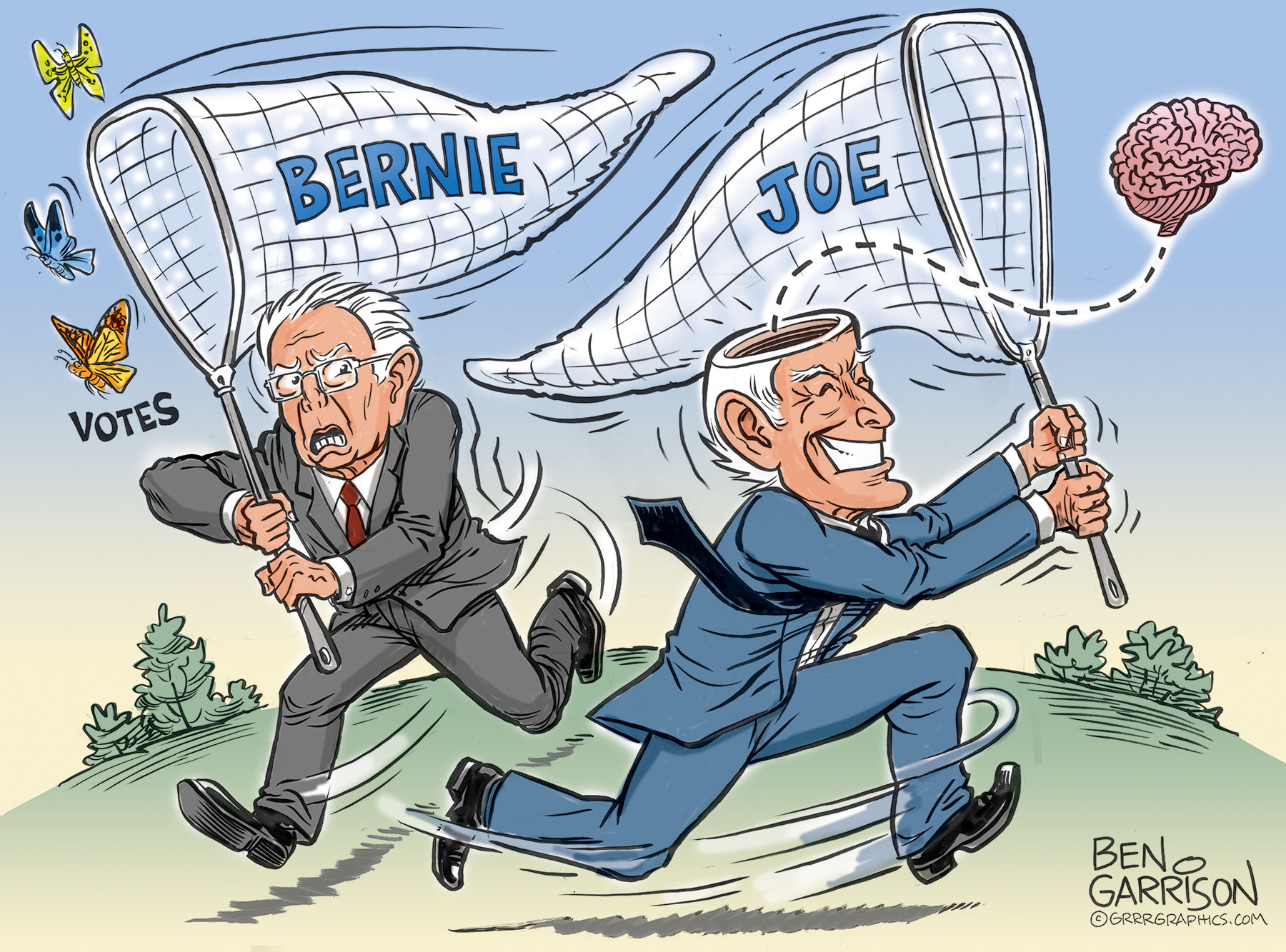 The Democrat-Socialist Party loves diversity, but their two front-runners for the nomination are very old white men.

One of them, Biden, has a history of plagiarism, corruption, and gaffes. Joe’s confused bumbling has worsened with age. He sounds like an old man suffering from the onset of dementia. Both candidates stand little chance against Trump.

This is according to plan. Hillary’s plan, that is.

Bernie and Biden will probably receive a similar amount of delegates, which will help bring about a brokered convention. If this doesn’t occur and either one obtains a large lead, look for a last minute health problem. Bernie may announce his heart problems have returned. He’ll drop out and enjoy a new beach house.

If Biden is the front-runner he’ll announce he must drop out due to the beginning of Alzheimer’s disease. Either way, Hillary will be running again. She has avoided the rigors of debating and campaigning, but the Clintons still control the party and the party will do as it is told. Why else would Hillary remain in the public eye since Trump’s election? Her book tour, her documentary, her opinions on everything under the sun forced into the mass media. She’s running again and she’ll try to make sure her operatives do a better job at rigging the game this time. She doesn’t care how much she’s hated. She will force herself upon us once again and she will lose to Trump again. It will be glorious.

Meanwhile, one must wonder if Biden isn’t going along with her scheme by playing up his forgetfulness. His mumbling and fumbling may be on purpose. Such displays could then be offered up as proof as his mental incapacity, thus allowing him to avoid prosecution for his Ukraine graft.

Whatever the case may be, it has all been a stage play. Look for Hillary to end up taking a bow.