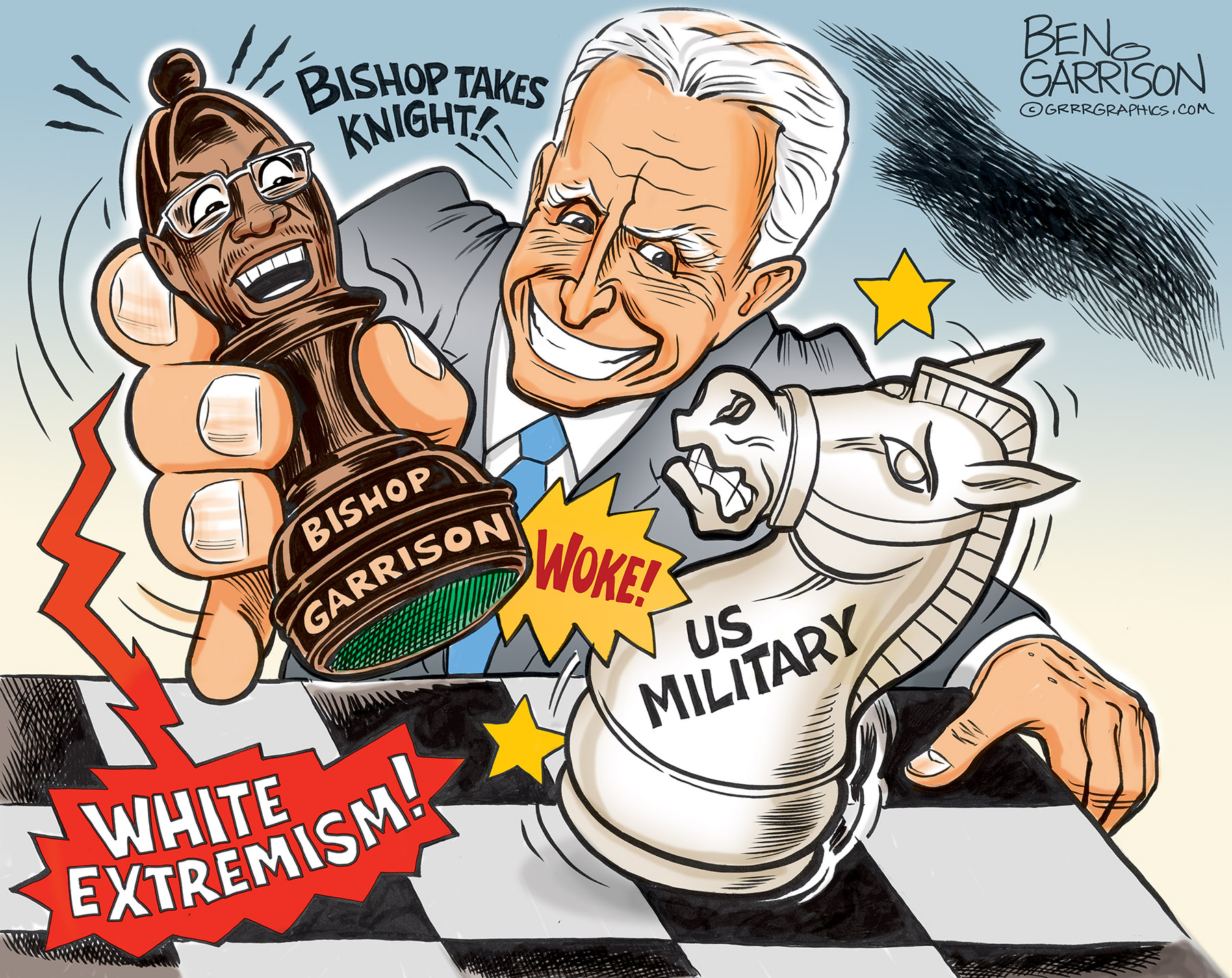 A video has gone viral on Twitter. It contrasts a Russian military recruitment video with an American one. The Russian clip shows strong young men performing military exercises while the American one features an animated little girl who grows up and joins the Army. It’s a soft, Disney-like cartoon that features transexuals and signs that say ‘love one another.’ Ted Cruz commented, “Perhaps a woke, emasculated military is not the best idea…”Ted Cruz is right. The Biden regime seems to desire the deconstruction of our military. His radical, woke Defense Secretary,  Lloyd J. Austin III, announced plans to deal with ‘extremism’ in the US military. Yes, Critical Race Theory has targeted our military. The so-called extremists will be white, Christian soldiers and Trump supporters. The military will be purged of such people. Only leftists, gays, transexuals, women, and people of color will be left to defend our nation’s borders.

Austin’s senior advisor is a man named Bishop Garrison (no relation to me) and he will concentrate on injecting the usual SJW and BLM codswallop into our fighting forces. All white soldiers will be called racist just because they’re white. Basic training will include lessons in diversity, equity, inclusion and social justice. Diversity is fine as long as it doesn’t divide. Soldiers need unity in order to fight battles. Transferring a typical HR department’s company culture into our military will only weaken it. Political correctness and using proper pronouns will not instill fear into enemies during battle. Will it be OK for American soldiers to be killed as long as they’re wearing a mask?

Rooting out conservatives from our military is part of the Socialist Democrats’ strategy. It’s part of their Marxist chess game. We know China Joe is a puppet. His cabinet was probably chosen for him. He makes the moves he is told to make.

Our military is being weakened on purpose. It will make things easier for China when they decide to start the next war.

ORDER THE AMERICA FIRST BUNDLE – 4 BOOKS IN ONE BIG CARTOON BUNDLE. A GREAT WAY TO START YOUR CARTOON COLLECTION!