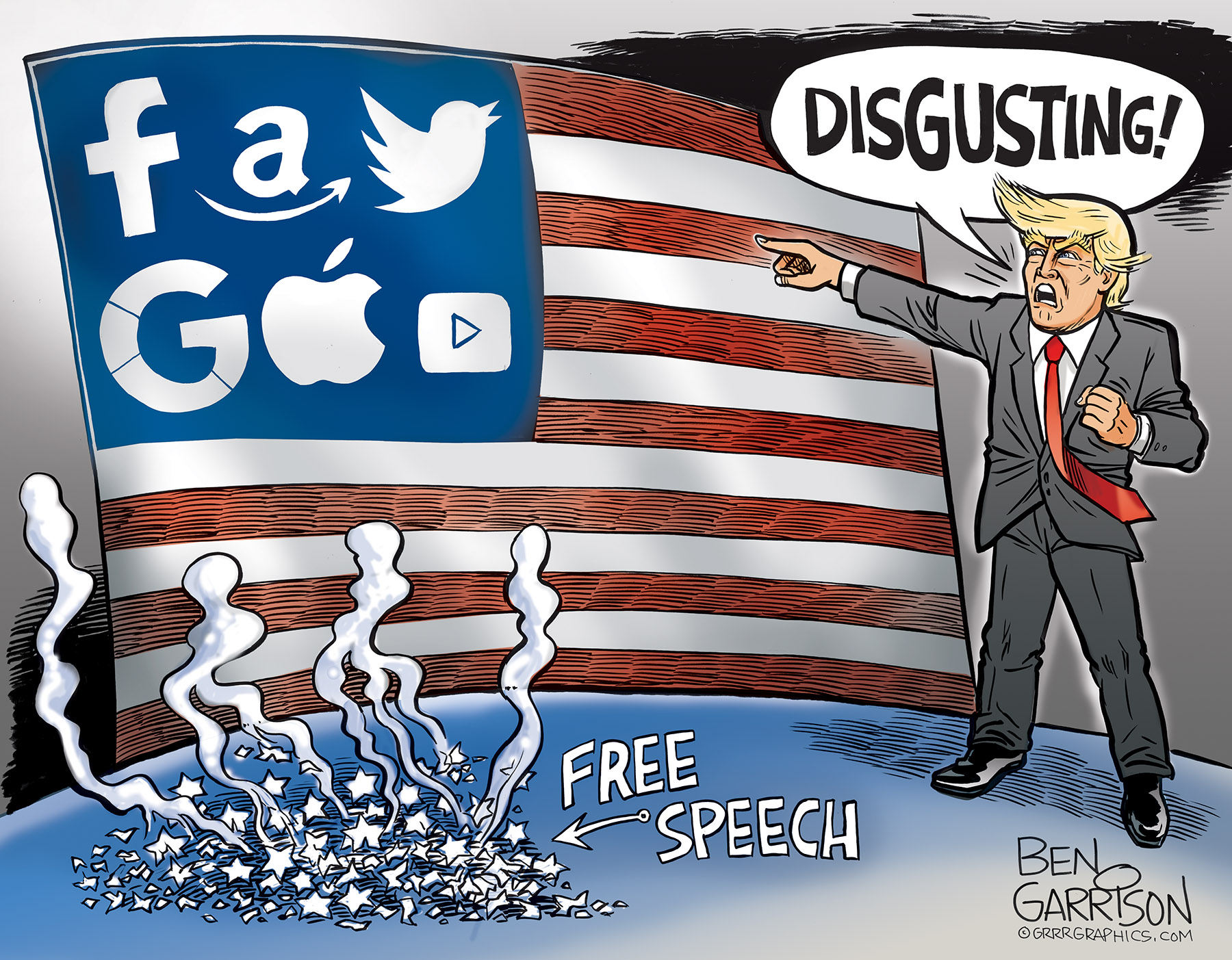 He should break up Amazon while he’s at it. The globalist billionaires running their monopolies claim they own platforms for communication. The moguls sometimes compare what they do to the phone companies. Those who operate the phone companies are not responsible for what callers say. OH wait…the social media moguls said they only provided the platforms and they weren’t publishers, but now they are. They are editors, too. Conservatives, Q-followers, anti-vaxxers, and Christians are among those facing suspensions, deletions, and outright bans.

Imagine the phone companies not liking what you say and so you can no longer use your phone.

It’s the same with the Internet town square. Outright tyrants are controlling it. Now they are blatantly trying to control the upcoming presidential election and they don’t want Trump to win again.

I’m told that if people don’t like getting banned, they should simply build their own social media platform. Yeah, sure. Most people don’t have the few billion dollars required to build an infrastructure. Even if they did, it’s nearly impossible to get others to break ingrained habits such as Facebook. A few alternative social media platforms are sprouting here and there, such as Parler.com, but they are nowhere at the level of the Big Tech monopolies.

When the super rich get super duper rich, they want to buy influence and control people. They want to control the world. Computer nerd Bill Gates is accomplishing this right now. Jeff Bezos turned the Washington Post into his personal anti-Trump blog. The social media moguls are controlling us by means of blatant censorship. They are monopoly men that own most of the Internet today and now they want to control minds, even if it means the destruction of our First Amendment.

It’s disgusting and they must be stopped. They have the financial might, but that doesn’t make them right.