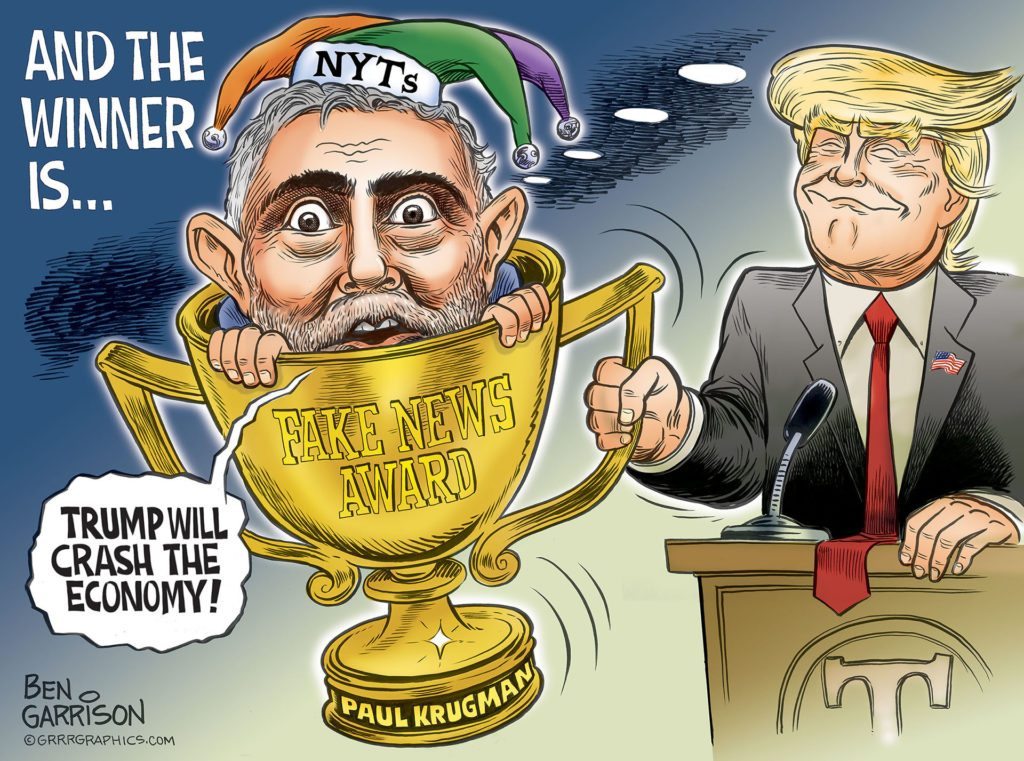 President Trump released his Fake News Awards yesterday and the top winner was economist Paul Krugman, who writes a column for The New York Times.

He has published several books and has been showered with many distinguished titles and awards. A self-described liberal, Krugman is a Keynesian and pusher of big government, including global government and climate change. Krugman is part of the elite. He’s a statist who supports our immoral Federal Reserve system of debt money which always means more tax slavery. That’s why he has won so many awards, including the Nobel Prize.

He’s often wrong about a great many things including President Trump. He let his hatred for Trump infect his economic forecasts. He predicted a stock market collapse due to the ‘irresponsible and ignorant’ Trump winning the presidency. He predicted Trump would usher in a global recession and economic collapse for the USA with no end in sight.

Instead the market climbed relentlessly higher, taxes were lowered, jobs were created and Trump’s strength has tamed some of our adversaries abroad. It was a good first year for the president, even though the corporate fake news shrieked otherwise. Paul Krugman was exposed as the one who is ‘irresponsible and ignorant.’