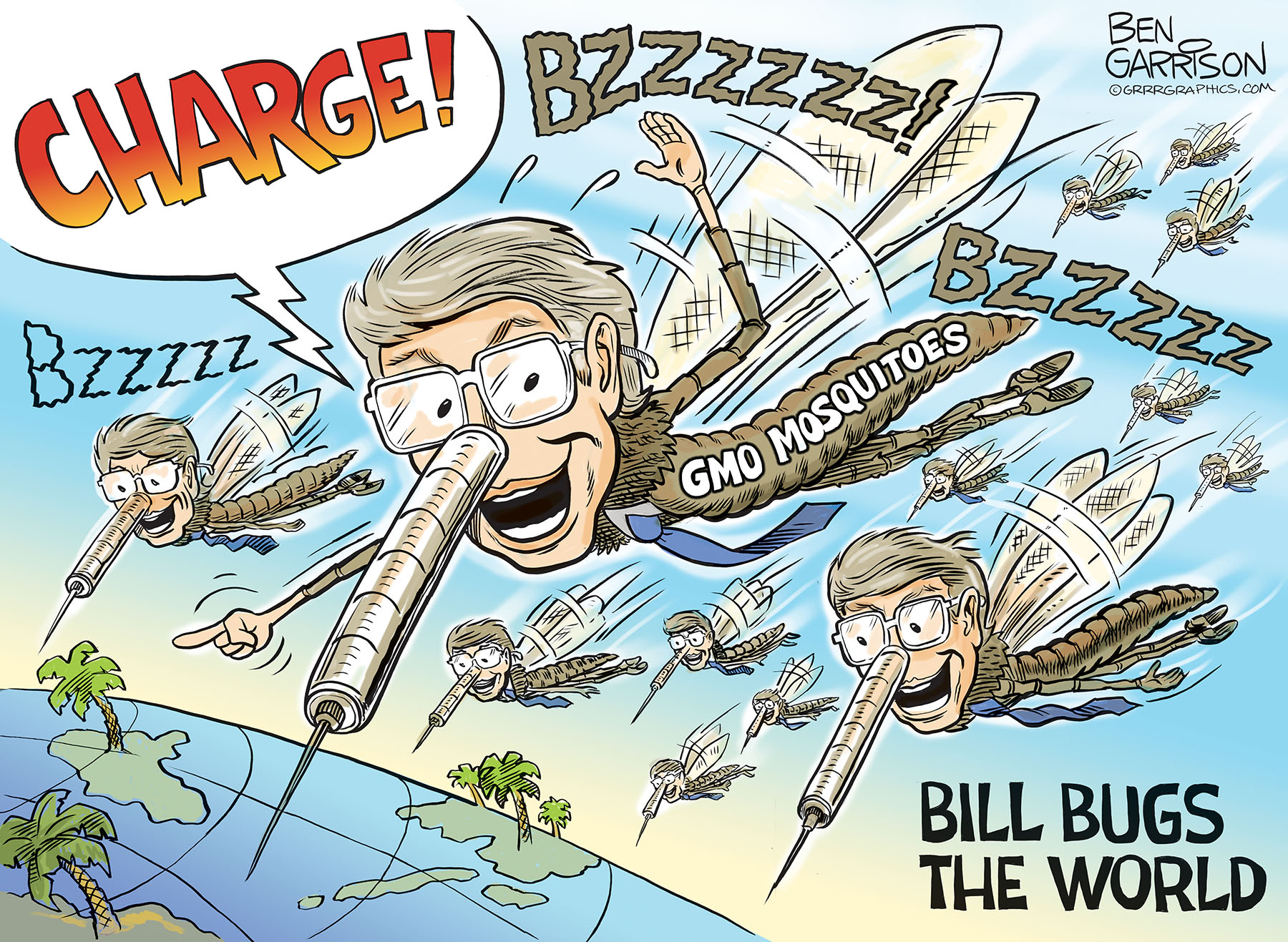 Where’s Our Bug Zapper? It almost seems like Bill Gates creates the “problem” and then the “cure” Nice business model

The mega billionaire Bill Gates continues to play God. The company he funded plans to release around 20 million genetically modified mosquitoes in the Florida Keys this year. Ostensibly the purpose is to lessen diseases spread by the mosquitoes, but there is also talk about using mosquitoes to administer vaccinations.

Yes, whether you like it or not, Gates will use mosquitoes to inject substances into you that you may not want in your body. Far fetched? They already put fluoride poison into public drinking water in many cities throughout America. They falsely say it’s good for people’s teeth. No matter how many times it’s proven that fluoride does harm and no good whatsoever, it stays. Just like the face masks. Dr. Fauci wants them to become permanent.

Fooling around with Mother Nature is a bad idea—even when trying to rid humanity of pests such as mosquitoes. Gates pays scientists to come up with flying vaccines and that’s what they will produce. All other considerations and morality will be tossed aside. Mosquitoes play a vital part in the food chain. They’re food for birds and fish, for example. Yes, I hate mosquitoes as much as anyone else, but Bill Gates is genocidal maniac bent on depopulating the world. I hate him more. He wants us to eat fake meat, insects and poisonous GMO foods. He wants us to take dangerous, experimental vaccines. Scientists cherry pick data to please Gates in order to get paid.

He wants to dim the sun, (luckily that plan was foiled.)  He is buying up vast amounts of farmland—probably to decrease crop production. He uses his money to influence regulatory agencies in his favor. The establishment media and lobbied politicians parrot whatever he wants. The big globalist banks and security agencies are on his side along with his fellow Davos and Bilderberg-attending big billionaires.

Bill Gates is a mass murderer who needs to be arrested, but it won’t happen. Stalin murdered millions and caused ghastly suffering, but nobody ever arrested him, either.