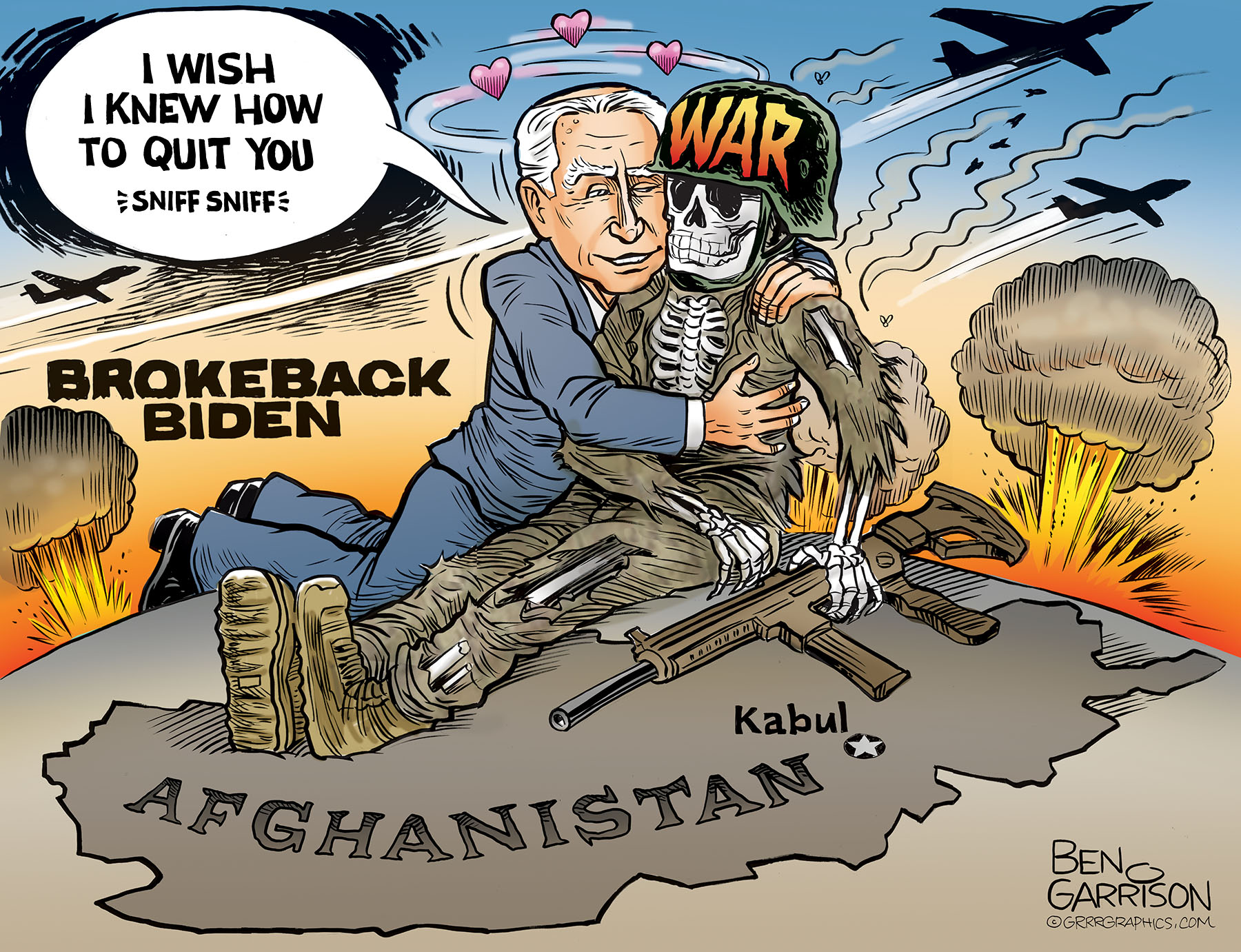 US hands Bagram Airfield to Afghans after nearly 20 years

The US has spent twenty years at war in Afghanistan. Biden promises to withdraw troops from the Muslim country, but then he also promises them billions of dollars in US aid—including ‘advisors.’ This means we’ll see paid mercenaries instead of US troops. It means the war won’t really end.

Joe, like his Nobel Peace Prize-winning former boss Obama, loves bombing the Middle East. We’re back to seeing that same old pattern. Nothing will get solved by the bombings—they will only make things worse. The solution? Get out of the Middle East completely. Countries there have been battling each other for centuries. Let them sort it out. Our military needs to protect our own borders. Our founding fathers warned us about foreign entanglements. The USA should not be the world’s policeman.

As for gays in the military, Joe is all for it and the ‘don’t ask, don’t tell’ policy is not enough. Apparently soldiers can now be openly gay and it includes LGBTQ. Will taxpayers be forced to pay for a soldier who is ‘transitioning?’ Instead of a cohesive fighting unit, we may see male soldiers putting on bras and makeup before toting fighting gear. Will we see rainbow battalion flags in order to be ‘inclusive?’ It all seems silly, but it’s happening and it weakens the fighting spirit.

Now we’re hearing about critical race theory being taught in the military. This is downright dangerous because it encourages racism among the troops. Getting “Woke” will further divide our fighting forces. Woke is weak. You can bet that the Chinese and Russian military are not corrupted by such political correctness that includes diversity and sensitivity training.

It’s time to end the never-ending wars and quest for empire. Bring all the troops home. 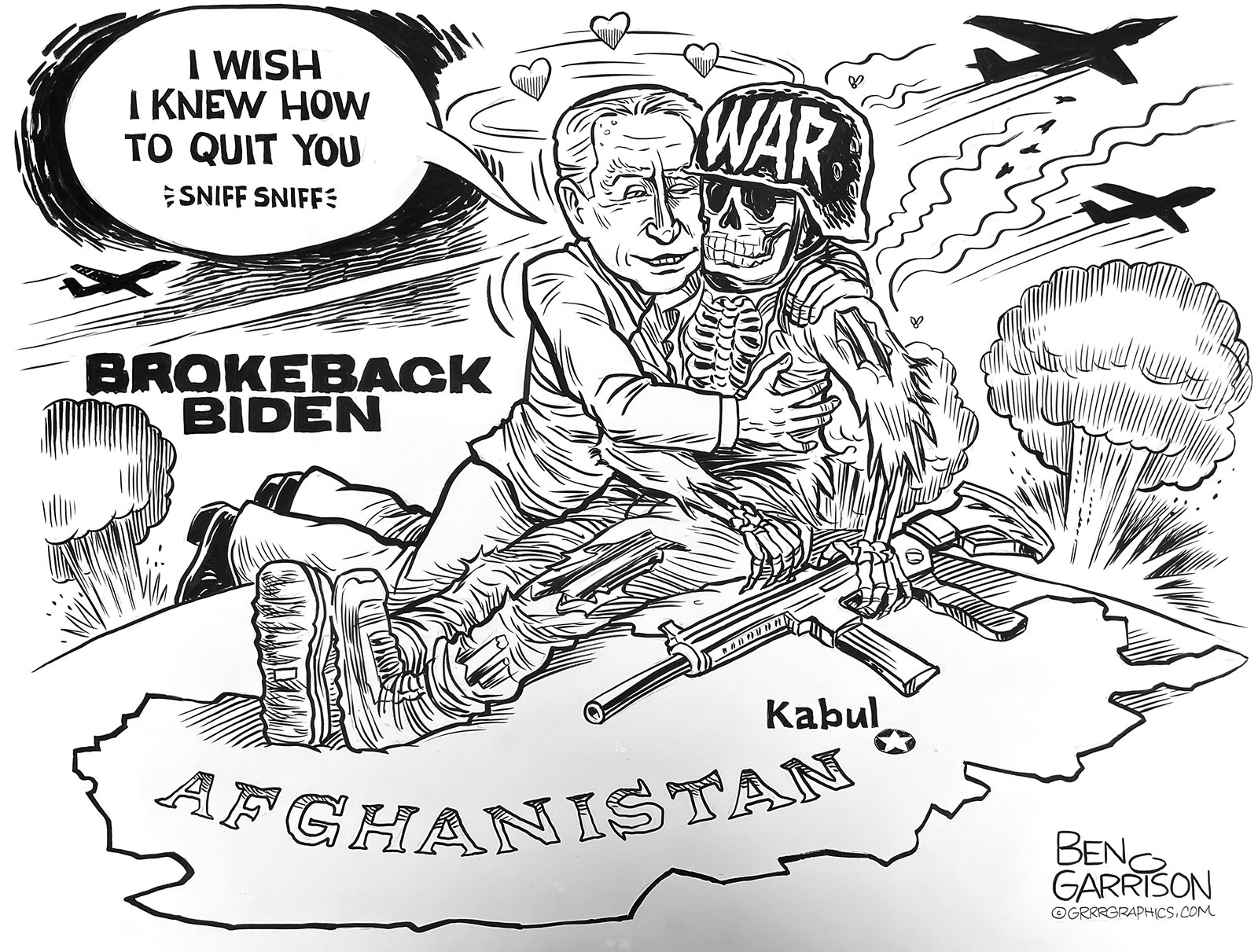