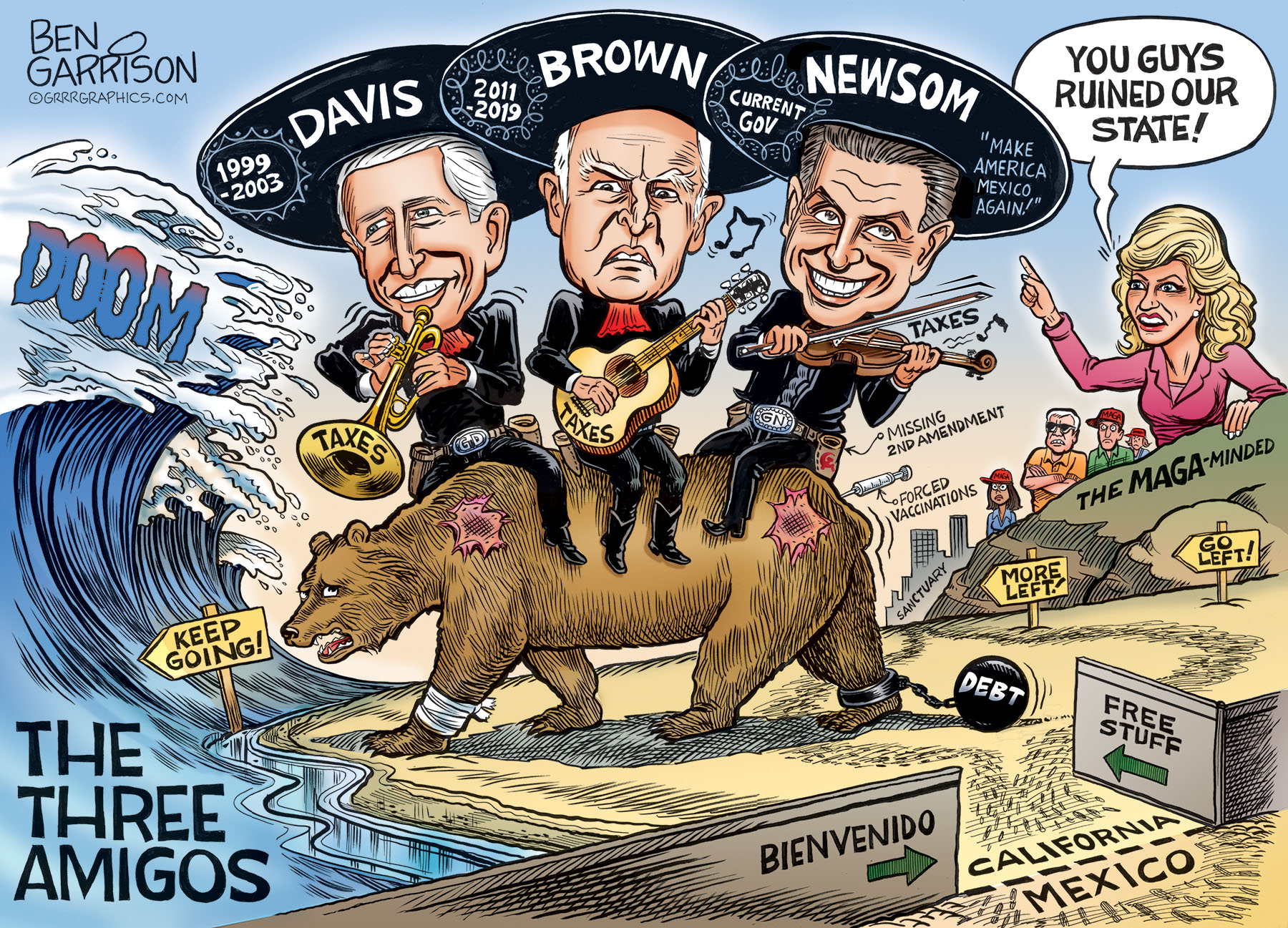 I’ve read several good books by Victor Davis Hanson. One of them was “Mexifornia.” Gray Davis, Jerry Brown, and its current executive, Gavin Newsom all seem to welcome that transformation. That’s why I call them “The Three Amigos.”

Gray Davis was actually recalled by angry voters toward the end of his term because he signed into law a bill that allowed illegal aliens to get drivers licenses. Schwarzenegger was elected and vetoed that law, but his successor, Jerry Brown, promptly gave illegal aliens the right to motor about on the Golden State’s highways once again. He then went on to sign a spate of new laws, allowing illegals all sorts of privileges and free stuff. California became a ’sanctuary’ state. Its borders were porous. ‘Reconquista’ is a fait accompli in many areas in California, thanks to the Three Amigo governors.

San Francisco, a ’sanctuary city,’ has become an open sewer. It’s littered with crime and drug needles. Gavin Newsom was its mayor. Now governor, he wants to do to California what he did to that once beautiful city. He also wants open borders while converting California into a socialist state. When you combine free stuff with open borders, it’s a disaster waiting to happen.

To pay for it, taxes will be perpetually raised, which will cause people and businesses to flee the state. The golden bear is already seeing red.

SUPPORT MY WORK WITH A SMALL DONATION CLICK TO DONATE