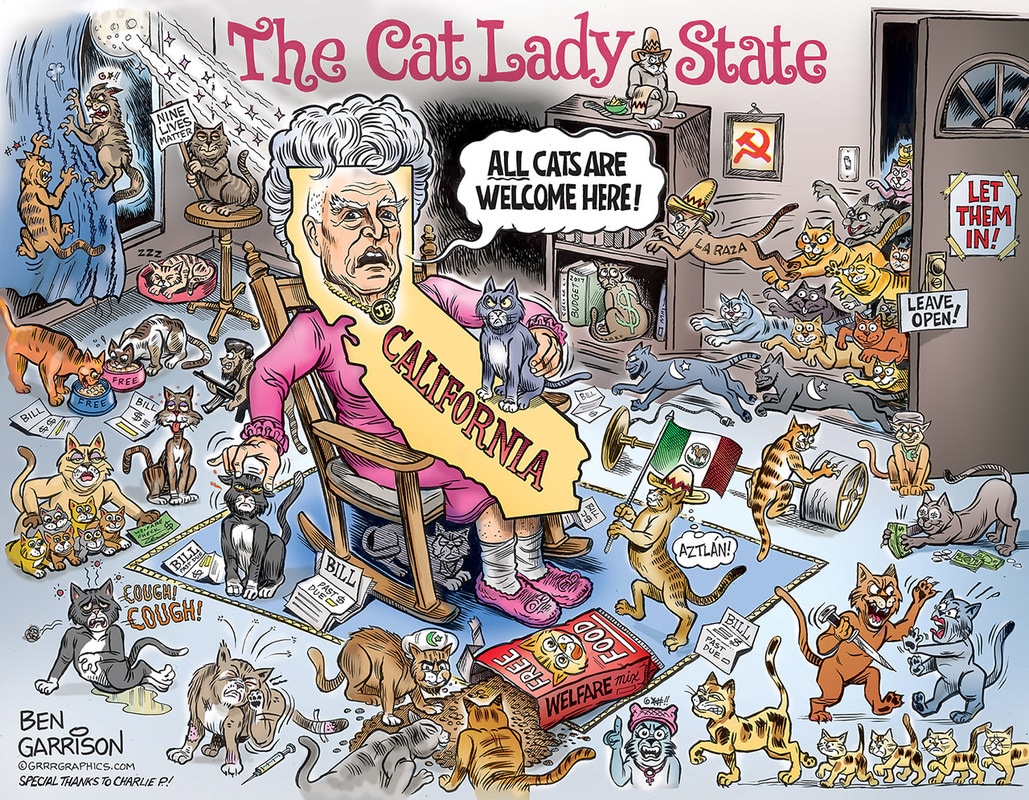 UPDATE: 3/08/2018
California wants to be a sanctuary state for illegal immigrants.

Under Jerry Brown (Governor ‘Moonbeam’), the state’s debt has deepened to over $400 billion. Regardless, more free stuff is perpetually promised and more illegal immigrants are desired.

It’s getting so out of hand that Moonbeam and other lefty politicians are blocking enforcement of federal law and tipping off illegals to ICE.

Enter AG Sessions. I guess someone finally woke him up. According to breaking news, the DOJ is set to challenge the constitutionality of California’s “sanctuary” laws.

About time. The crazies are running the asylum in the sunshine state. Time to turn it around before the whole thing collapses under it’s own weight.
=========

Aristotle recommended moderation, or the ‘golden mean.’ Virtue can be found as a reasoned, logical place between two extremes. For example, courage is virtuous, but when carried to an extreme it becomes destructive recklessness. A lack of courage brings about its opposite, cowardice.

We see today a great many ‘virtue signalers’ who want to feel good about themselves. They consider themselves kind, humane and generous and they want you to know about it. They demand help for poor, suffering people all over the planet. They want them removed from their own countries and cultures and brought to the United States so we can see such help up close and personal. “Let them in!” they shout. Their signs say, “Refugees are welcome!” They think all humans are equal and there should be no borders. At least, not for the United States.

The problem with such virtue signaling is they want to help people by forcing others to participate. Someone has to pay for for the immigrants who come here wanting free stuff. Things such as medical care, education, housing and food. The immigrants also bring cultural conflict, violence and crime. Big government is the tool used by virtue signalers. They want to steal from you via taxes to pay for the welfare of strangers.

I lived in San Angelo, Texas for nearly 10 years. The many Mexican Americans I knew there were proud of their heritage, but they considered themselves Americans first. They scorned immigrants from Mexico who did not bother to learn English. Nowadays, it’s considered ‘racist’ to insist people have a common language and culture. We are no longer a melting pot.

Share a coffee with Ben-  Ben likes his coffee strong

California wants to be a sanctuary state for illegal immigrants. There is even talk about secession. Under Governor Jerry Brown (Governor ‘Moonbeam’), the state’s debt has deepened to over $400 billion. Regardless, more free stuff is perpetually promised and more immigrants are desired. They can’t afford to help every suffering person in the world without making citizens themselves suffer. This is an example of a virtue being carried to an extreme. Helping others has become a dangerous vice.