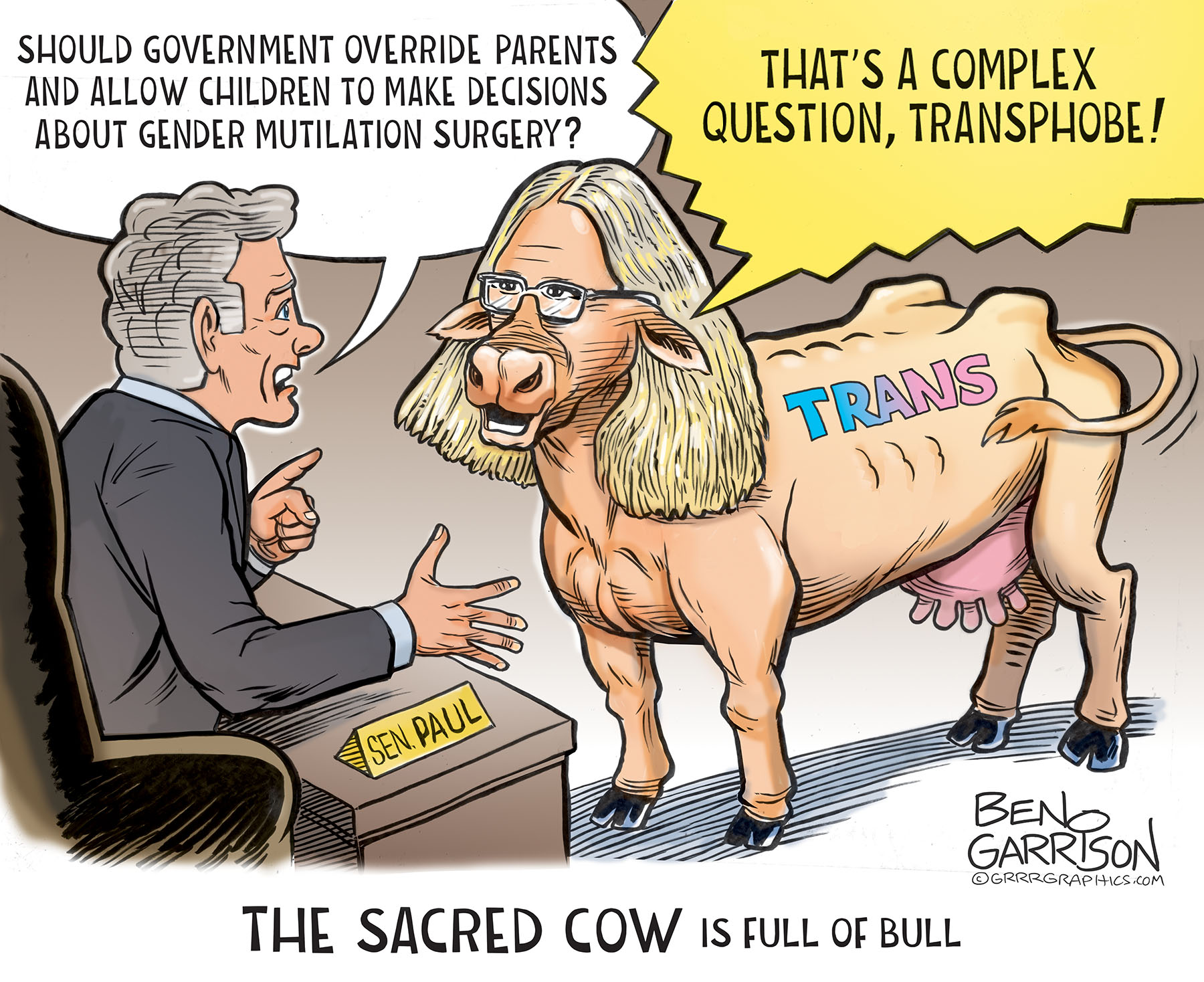 There are two genders, male and female. That is all- claims of anything else is mental illness

Senator Rand Paul questioned health nominee Rachel Levine on the process of gender ‘reassignment.’ Only there is no such thing as reassignment.

Wishful thinking and medical mutilation won’t change the fundamental DNA structure that resides in every cell of our bodies. Our sex is part of who we are—not an ‘assignment.’

One’s sex cannot be changed. Neither by means of surgery, nor hormones.

Yet for some reason we live in an age where the ’trans’ delusion is getting ’normalized.’ Wishful thinking is now considered science. We can’t debate the issue without being smeared as a hater or ’transphobic.’ Transgender people are the new sacred cows. One can no longer reasonably question the delusion. Government said so. Stooges representing science said so. Biden said so. Burly boys can claim to be girls and compete alongside them in sporting events—and they usually win. They also get to go into the girls’ locker rooms and we’re not supposed to question that, either.

As a libertarian I don’t care if men and women think they can transmogrify into the opposite sex. If they are adults and not hurting others, that’s their business. I do have a problem when it comes to minors wanting trans surgery and big government overruling parents who don’t want their kids mutilated. Teenagers aren’t mature enough to make such a life-changing and irreversible decision. It’s also why I don’t think children should be allowed to vote. They lack life experience and will usually vote for socialism and free stuff.

Senator Paul knows it’s impossible to ’transition’ from one sex to the opposite and he asked Levine simple and straightforward questions about whether we should allow children to make decisions that have permanent and major health implications—both mental and physical. Levine dithered. Paul finally stated it as clearly as he could:

Levine still refused to answer the question and repeated “her” memorized statement:

“Senator, transgender medicine is a very complex and nuanced field. And if confirmed to the position of Assistant Secretary of Health, I would certainly be pleased to come to your office and talk with you and your staff about the standards of care and the complexity of this field.”

It’s not a complex and nuanced field. It’s not medicine. It’s doing harm to the bodies of children and doctors are supposed to do no harm. Why wouldn’t she answer the question? Her disingenuous response disqualifies her from office.

Paul was quickly attacked as being transphobic. We aren’t supposed to question the supposed science behind transgenderism because the trans people’s feelings might get hurt. To protect their feelings, any criticism of the transgender fad is labeled as ‘hate speech.’ Trans people have become a special caste and immune from any criticism whatsoever. A book that explained the transgender delusion was recently removed from Amazon. They said the book was ‘hate speech.’ This type of online book burning sets a very dangerous precedent.