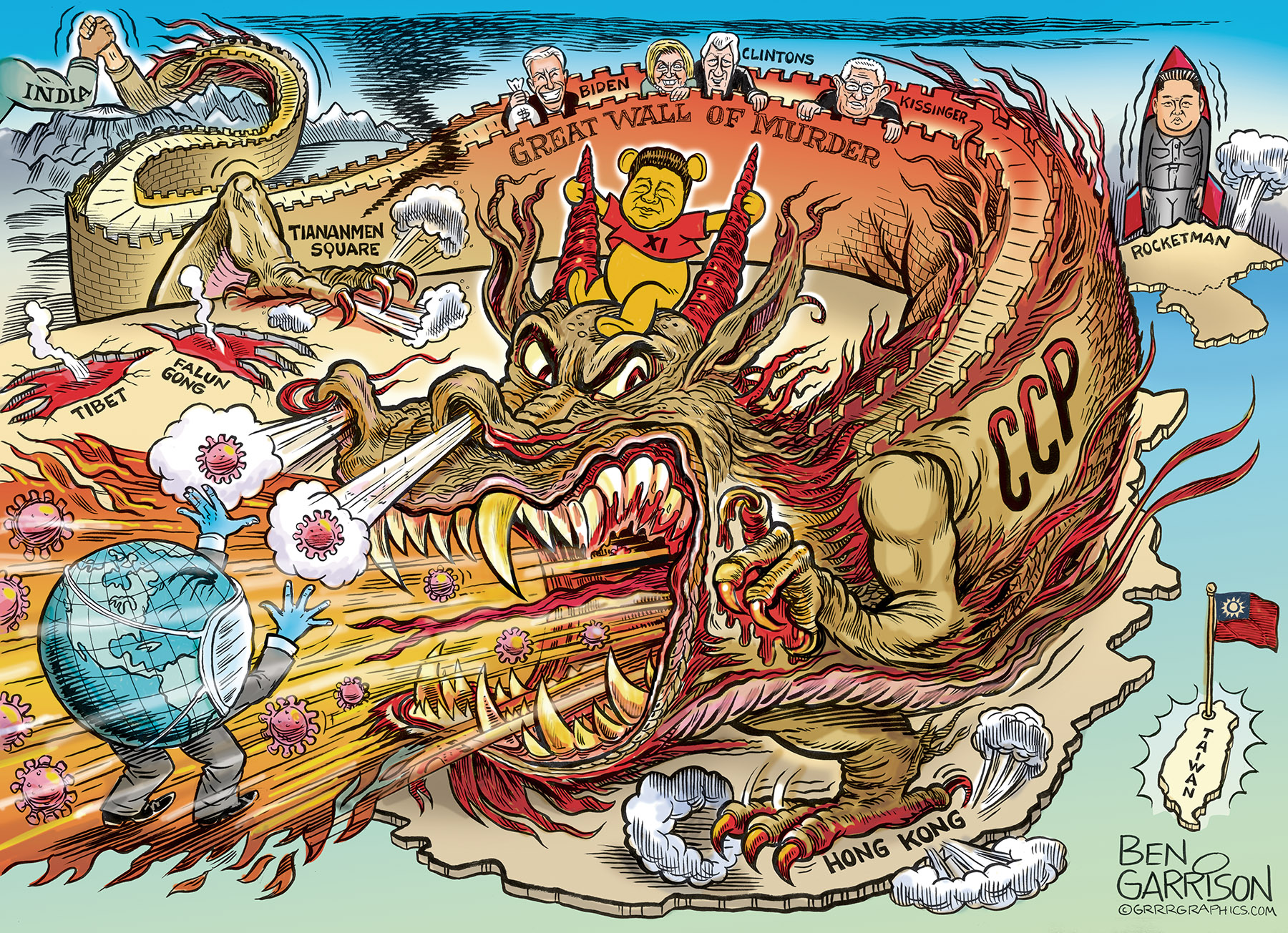 Many years ago I had a conversation with a man from China who had relocated to the United States. He was a talented artist who became art director at company that hired me to do commercial art on a contract basis. He was smart and spoke English well.

I mentioned to him that I had recently read a book by Jung Chang titled, “Mao, The Unknown Story,” which I thought was a very compelling and horrific indictment the Chinese communist leader. I mentioned a few lines from the book and he laughingly dismissed what I said. He claimed the Chinese were peaceful and it was the west who were the conquerors—going around stirring up trouble. Mao and his benevolent communists had nothing but the best intentions for their people. I didn’t press the issue because political matters are best left under the table at the workplace, but several things went through my mind such as Mao starving his own people. Tens of millions died because food was shipped to the Soviet Union in exchange for military hardware. I did not bring up Tiananmen Square, Tibet, their support for North Korean dictators or the Chinese invasion of Vietnam.

China under the communists did not bring about a peaceful utopia and in fact, the outcome we observe today has been predictable. Communists are ruthless atheists who worship only themselves and their own power. They are without honor or ethics and have no respect for human beings or even life itself. Look at the pollution in China. Look at how animals are treated in China. Look at how the Falun Gong, Muslims, and Christians are persecuted there.

Kissinger and Nixon set a bad precedent by appeasing the Chinese. They thought by placating Mao, they might help usher in a peaceful resolution for the South Vietnamese. At the time it was seen as the penultimate in statesmanship and it set a trend for future presidents. They all acquiesced to China, which received top trading status and entry into the World Trade Organization. The Chinese were allowed to control factions in the UN as well as steal our technology, send spies to our universities and influence our media in order to make sure a bad word was never uttered about the Chicoms.

Hillary claimed Trump colluded with Russia to ‘steal’ the 2016 presidential election. It’s a claim she hasn’t relinquished despite a mountain of evidence that proved otherwise. Bill and Hillary made sure the communist Chinese received missile technology to advance their military capabilities. In exchange, Bill received reelection funding from the Chinese. The Clintons, like Obama and Joe Biden, have sold out America for their own personal gain. She even quipped that if Russia is helping Trump, perhaps the Chinese should help the Democrats. This has already happened and it’s ongoing. Biden made sure his son Hunter received millions of dollars from the Chicoms in exchange for the former vice president’s pro-China influence.

The Democrat Party has turned into the Bolshevik party and they want what the Chinese have. A high-tech police state with total power, control, and tracking of citizens. The Chinese are big pushers of 5G to make the ‘smart’ control grid happen and this is being rolled out in America, too. The media and Silicon Valley are complicit. Facebook is banning Trump’s political ads while Zuckerberg fawns over President Xi and even asks him to name his child. They Democrats love China and its communist system. The Chicoms enjoy the kind of power and control the Democrats covet. They all want communism to replace our current system. It’s why we’re seeing statues of our founding fathers being pulled down. It’s why we see HBO produce documentaries such as the one about Roy Cohn. It’s not that Cohn wasn’t a ruthless character—he certainly was. The real reason they put out such a piece of propaganda was to laud the Rosenbergs—arch communists who funneled atomic bomb secrets to the Soviet Union. HBO pretends they are heroes while Cohn was shown as a reprehensible conservative for saying they were traitors who deserved the death penalty.  In a heavy-handed manner, HBO also portrayed Trump as a close friend of Cohn, but Trump knew everyone in New York in those days so this came across as nothing more than clumsy, anti-Trump propaganda.

Trump has been the first president to stand up against the Chicoms and for this has been viciously attacked not by our own media and corporate establishment. That’s telling in and of itself.