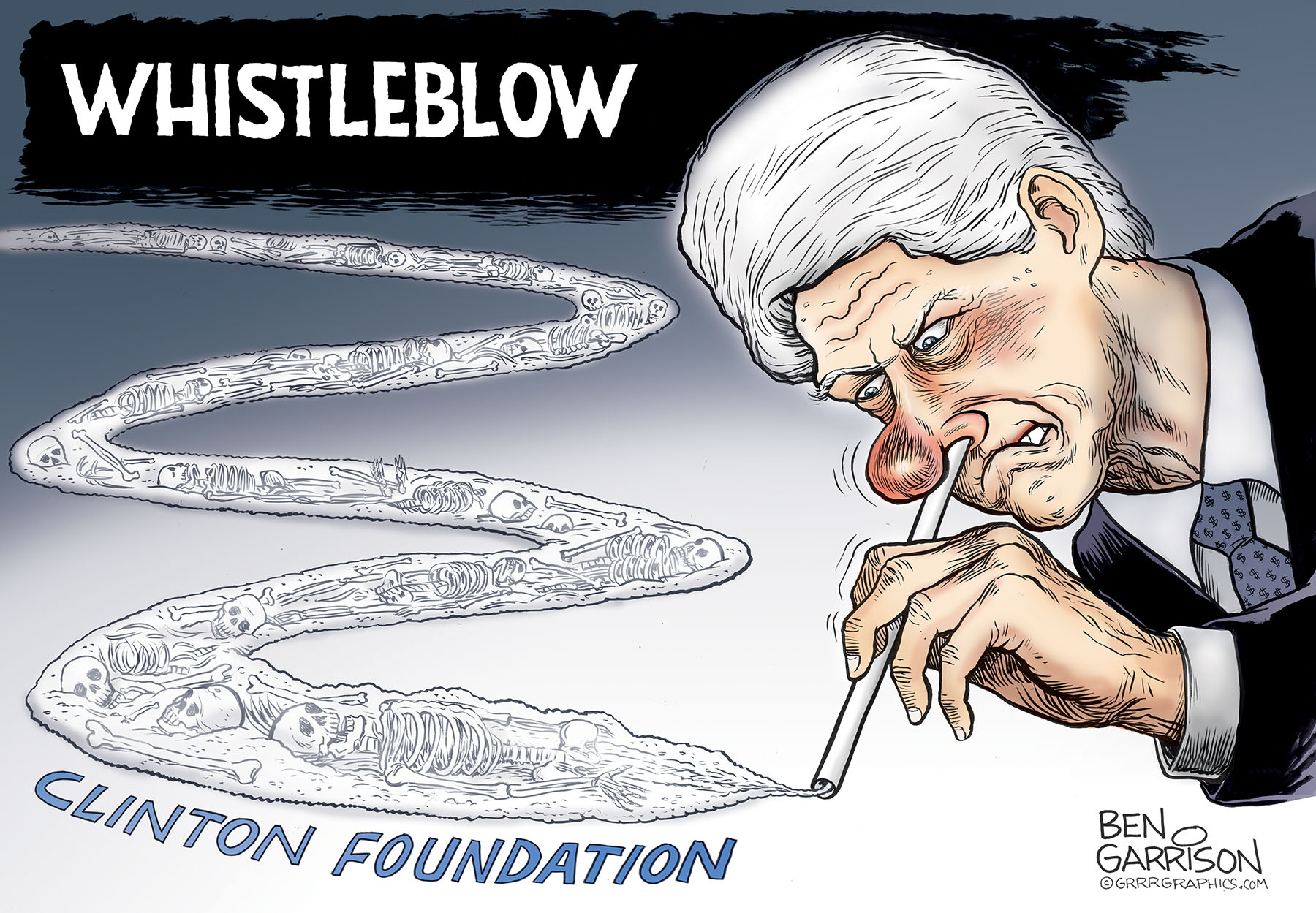 UPDATE: Jeffrey Epstein Has Been Arrested For Sex Trafficking of Minors- Will Bill Be Next?

My latest cartoon is a striking image of Bill Clinton’s debauchery and corruption.

It might finally catch up to him. The former president (and rapist in chief) was known to snort cocaine in the White House. A secret service agent mentioned it in his book. Of course, Bill also arranged schedules in order to allow him to carry out a string of affairs there. He got caught with Monica Lewinsky, but he still got away with it for the most part.

The Clintons are used to getting away with everything.

With help from his CIA buddy, H.W. Bush, cocaine was run into Arkansas at a great profit. A few deaths resulted, but as long as the Clintons got their bankroll, they had no reason to care. Bill was so addicted to cocaine while governor that he had be treated at a hospital, which was hushed up of course.

Once in the White House, one scandal overlapped with another. They got away with all of them. The worst damage was done to the country. They sent jobs overseas to China and elsewhere. They gave missile technology to China in exchange for campaign donations. They allowed banks to turn themselves into casinos. (The banks still love the Clintons as a result). When the 2008 crash came, taxpayers had to bail out the gambling bankers. Clinton was portrayed as a great president due to short-lived economic prosperity in the ‘90s. In reality, the Clintons were always looking to sell out their country in exchange for money and power.

Once the Clintons left the White House, nothing changed. Hillary stole White House souvenirs and claimed they were broke. Then they started the Clinton Foundation. Combined with her Secretary of State position, the Foundation ballooned with donated millions. Hillary sold influence while Bill received ridiculous amounts of money in speaking fees. Nearly $2 billion was raised via their Clinton Foundation. Bill routinely dipped into that fund whenever he pleased. Maybe he needed some mad money for his two-dozen vacations to “Orgy Island” with his pedophile buddy, Jeffrey Epstein. The Clintons themselves amassed a private fortune worth nearly $50 million. What did they do to earn that amount?

Government corruption sure does pay off.

The Clinton Foundation is chalk-full of irregularities and corruption. Nothing was done about it because everyone expected Hillary to win. The Clintons even ripped off millions of dollars in charity money earmarked for earthquake victims in Haiti. They got away with it.

One whistleblower claims to know where the Clinton Foundation skeletons are buried. The Clintons always leave a long trail of bodies in their wake.  They must not get away with it this time.