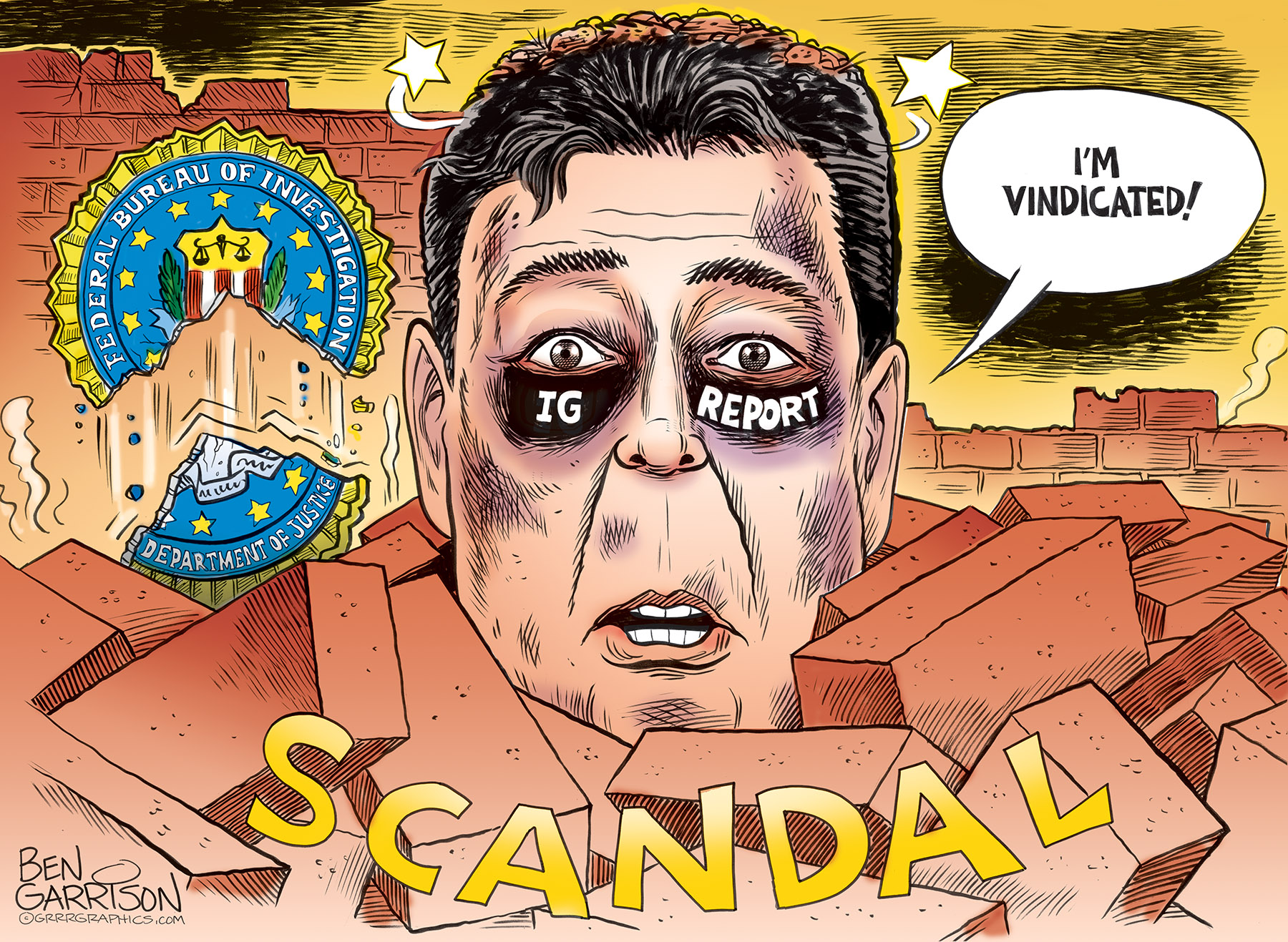 I wasn’t surprised, because Michael Horowitz is part of the Deep State. He did deliver a few punches that landed on Comey, but then he recommend against prosecution.

Comey didn’t show any bad intent, after all…just like Hillary didn’t when she hosted classified material on her private, pay-for-play server. The same server on which she used bleach bit. Then she used a hammer to destroy other evidence. No obstruction of justice for her, though—she didn’t show bad intent.

Nothing was political according to the Inspector General.

Comey simply made a bunch of mistakes such as leaking classified material, but pay no mind to that…he’s only human. We all make mistakes.

Roger Stone made a human mistake. It’s called a slip of memory. He was surrounded early in the morning by an FBI swat team. Now the Deep State wants to send him to jail for life. Even though it was for a case that proved no Russia Collusion whatsoever. Yet Hillary and the Deep State want Stone in prison. Does that sound like equal justice?

The left-leaning fake news mass media were all claiming victory after the release of the IG Report. They think they won the fight even though it did deliver a few black eyes to the FBI.

Taxpayers had to pay nearly $50 million for Mueller’s investigation, which proved a colossal waste of time and money. Many in the FBI lied to the FISA court judges in order to give legs to the Russia collusion farce. Hillary paid for the Steele Dossier; a pack of lies made up by Russian ‘sources.’

Hillary colluded with Russia to thwart a lawfully elected president. They also lied to make sure the Trump campaign was spied upon. All roads lead to Obama on that one.

William Barr and John Durham both disagree with Horowitz’s conclusions and that’s encouraging.

Contrary to what the Inspector General determined, the Russia Investigation was NOT justified. It’s time for Barr and Durham to go after the criminals behind the attempted coup. Let’s start draining that swamp!