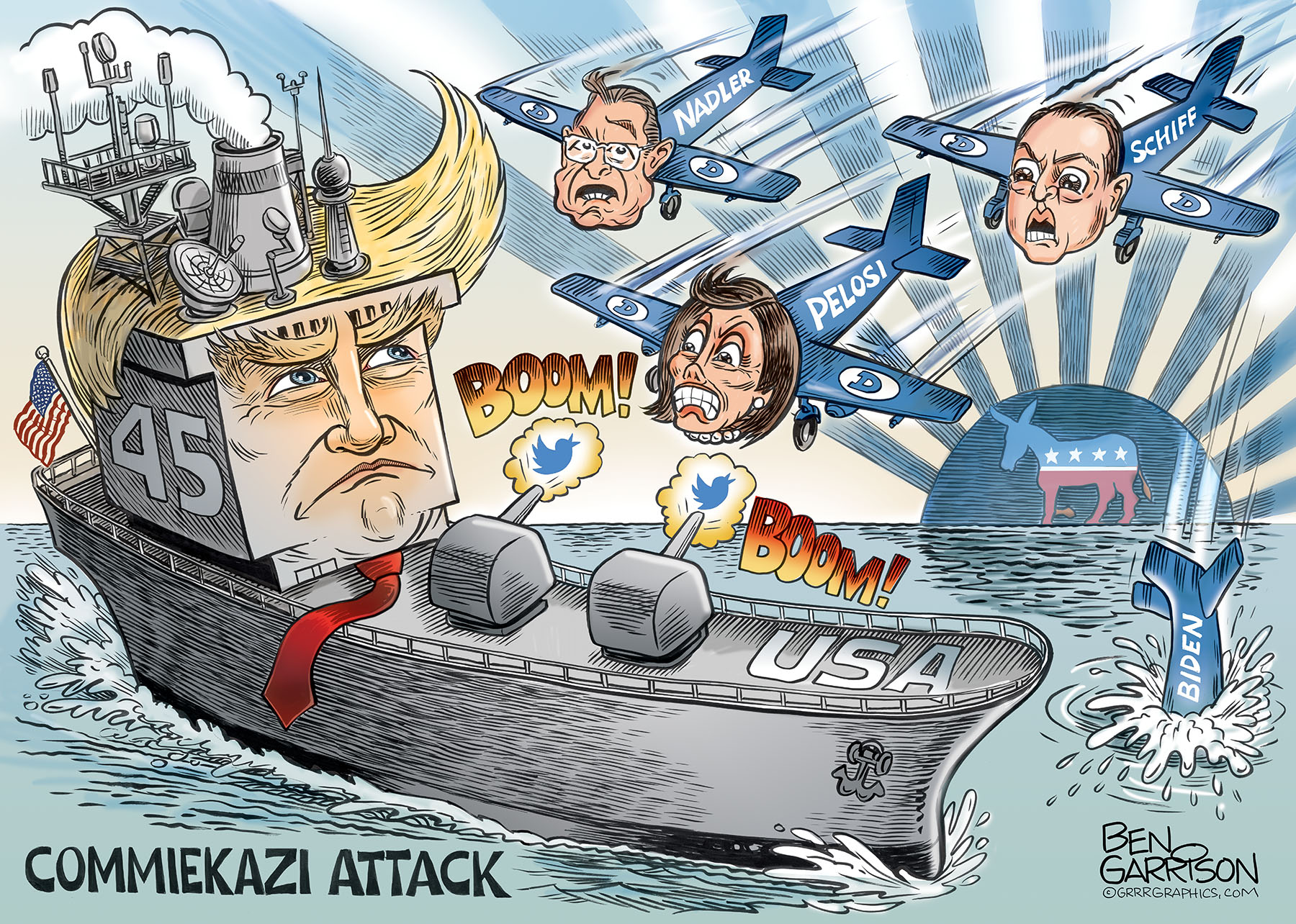 The Radical Democrats Have Declared War on our president and our nation.

The Democrats are desperate. None in their large field of candidates are capable of defeating Trump in 2020. Nearly all of them lean far-left. Some are downright socialists. All of them hate our current president.

Nancy Pelosi may not be considered a socialist, but she hates Trump with a passion. However, she does have some common sense. She saw the futility of impeaching a populist president who never came close to committing a crime. She criticized Nadler for being too obsessed with Trump’s impeachment. The far-left loons in her party have constantly pressured her to begin the impeachment process. Perhaps she’s caved to that pressure.

Either that or she was putting off Nadler until their Ukraine whistleblower plan was ready. She and the chronic liar, Adam Schiff, appear to have been involved in the creation of a scandal that would finally stick to the president. It won’t stick, because Trump has committed no crimes. He was merely doing his job as Commander in Chief.

The Democrats are desperate. If Trump is re elected, he will continue to undo all the damage Obama has done. Barry was a red diaper baby and Manchurian Candidate. His job was to break down America in order to implement a globalist, socialist system. Hillary was going to complete the job.

The Socialist Democratic Party is rife with sedition. They want to carry out a coup against a lawfully elected president who has not broken the law. They are dangerous to our Republic. They will destroy our country just to get at Trump.

It’s time to drain the swamp and lock up the traitors.