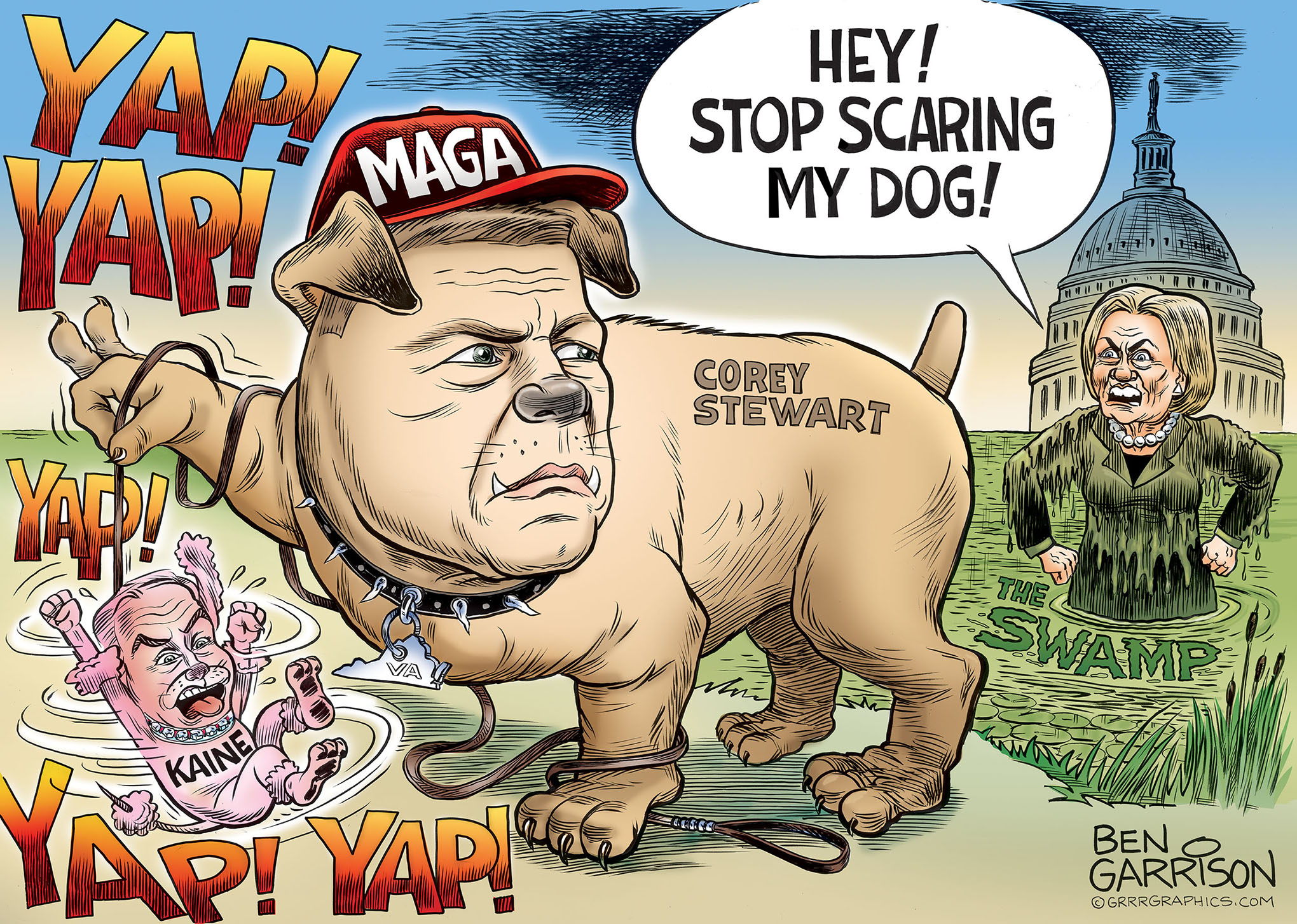 Corey Stewart is the Republican candidate in the Virginia Senate race.

His Democrat opponent is, of course, the Hillary and Obama hack, Tim Kaine. He supports taxpayer-funded abortion even though he’s Catholic. Kaine represents the big money Deep State Swamp machine that  always favors more taxes and government aggrandizement at the expense of our Constitution and individual liberties.

The choice is clear, Virginians: Vote for Stewart.

Join me at Patreon!