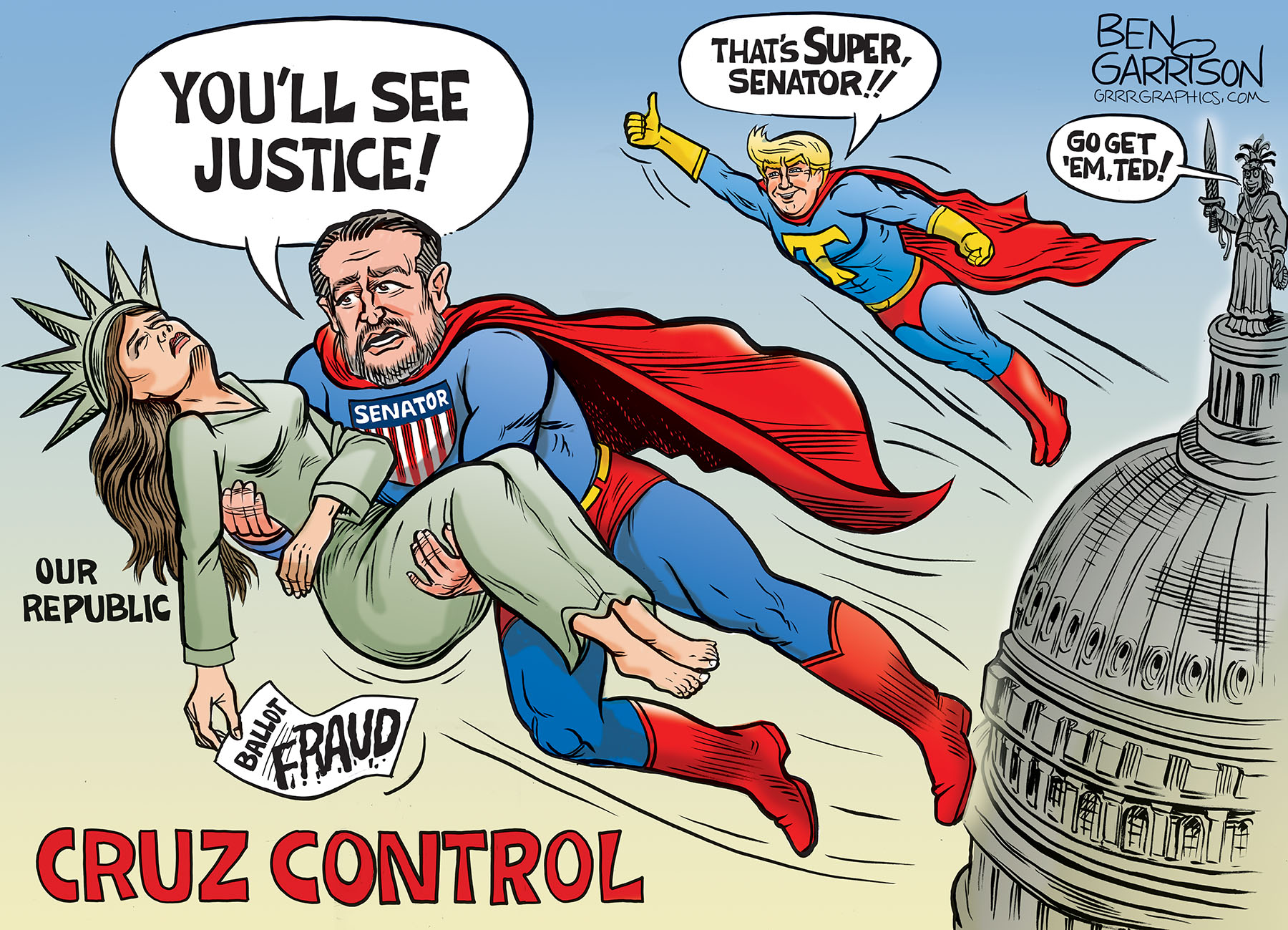 Senator Ted Cruz has stepped up in support of President Trump and our Republic. He could have easily gone the McConnell and Romney route, but instead he’s doing the right thing along with eleven other Republican senators.

Support Cartoons on Subscribe Star and get an early sneak peek at Cartoons before public release! See you at SubscribeStar Click to Join

“We will together object to certification in order to force the appointment of an emergency commission to perform an audit of the election results. We have an obligation to the voters and the Constitution to ensure this election was lawful,” said Cruz.

Right on, senator. This is all the president and his supporters want. A fair and transparent audit of the votes. It will reveal blatant voter fraud including dead people voting, Chinese fake ballots on pallets, fake signatures and addresses,Trump votes getting shredded, and Dominion voting machine switches to Biden. The evidence will be overwhelming. Biden could barely draw 100 people to his ‘rallies,’ whereas Trump consistently drew enormous crowds. Biden scored a mere six percent in Gallup’s poll of the most admired man. Trump won that poll by a landslide and he won the election by a landslide.

I know I have been tough on Cruz in cartoons drawn during the 2016 presidential election. He didn’t deserve my ridicule back then, but…well, editorial cartoonists can be mean. Let me make amends with this cartoon. My kudos to Senator Cruz and his Justice League of 11 other superheroes. They will be doing the right thing. Let’s hope Mike Pence joins them. 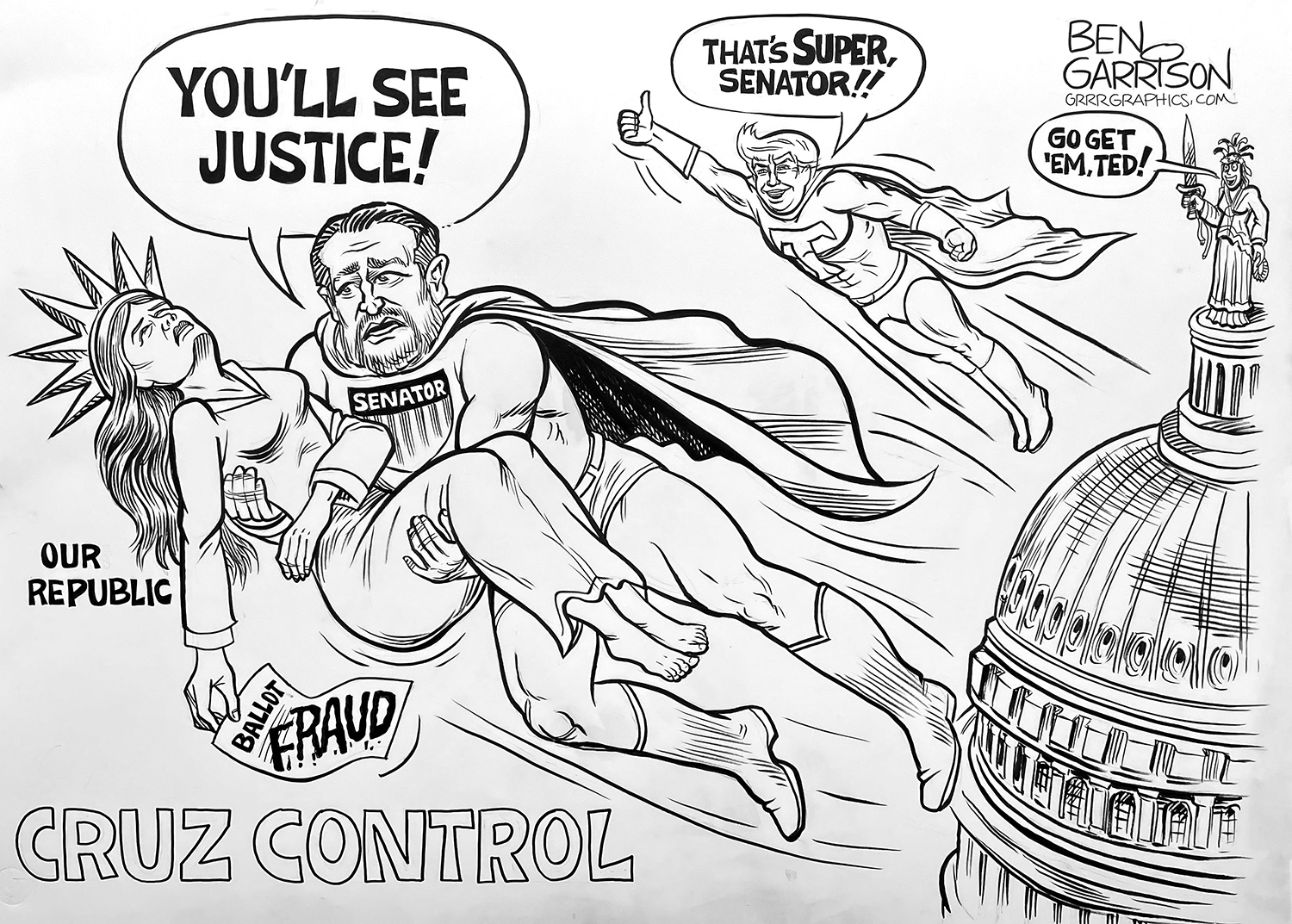 Happy New Year’s  Coffee? Sounds Like A Great Way To Start the Year-Click to send a virtual  cup! We sincerely thank all our followers for the support as we couldn’t do this without you!