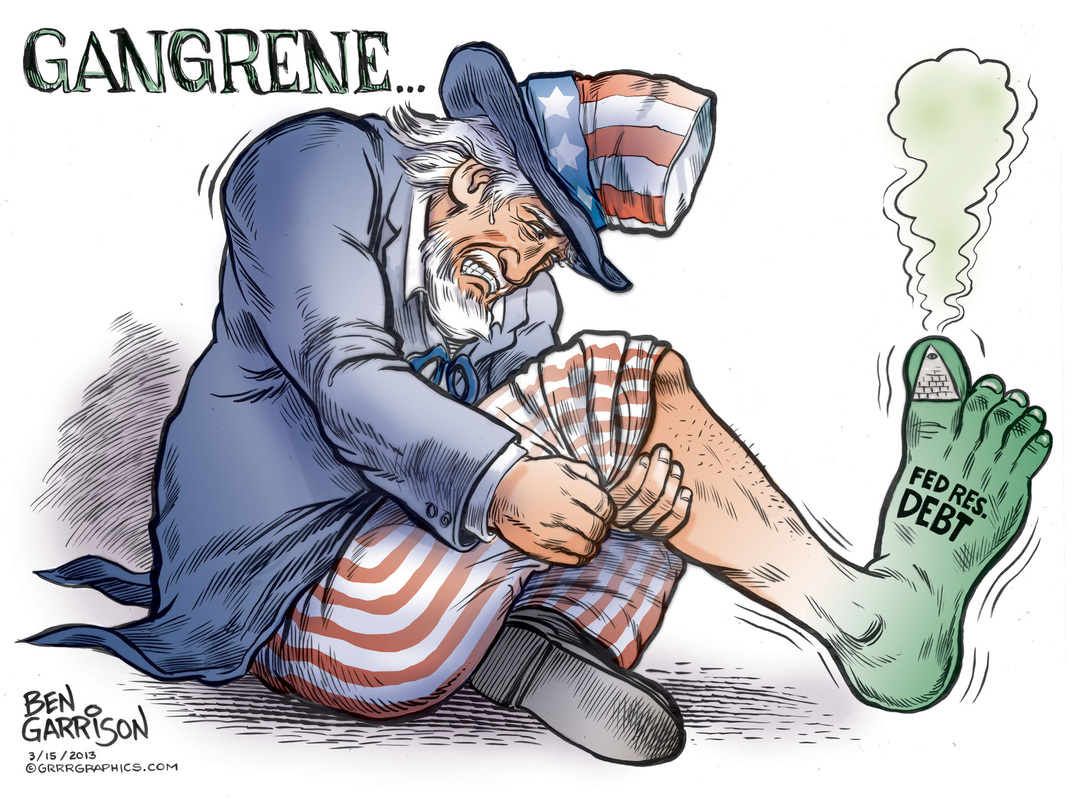 It has been 100 years since the Federal Reserve came into being. It started as a conspiracy. It has ended up creating impossible debt for the American people while tremendous wealth and power was transferred to the banks who own it. Congress relinquished its responsibility to the private Federal Reserve (which is neither Federal nor a Reserve) ostensibly to lessen the boom and bust cycles in the economy. Instead, it has pushed and funded endless war (profitable for them), the boom of the Roaring ’20s, the bust of the Great Depression and currently the largest, longest ‘recession’ our country has known.
Another reason commonly stated to justify the Fed is that they prevent Congress, ignorant of economic matters, from spending the country into inflationary oblivion. In a way, that has still happened. The only difference is the money is not pure fiat. It is DEBT money. That means it must all be paid back with interest. That’s impossible since we the taxpayers have no printing press. Only the Fed gets to counterfeit and it’s legal because, well, they’re the Fed!
​