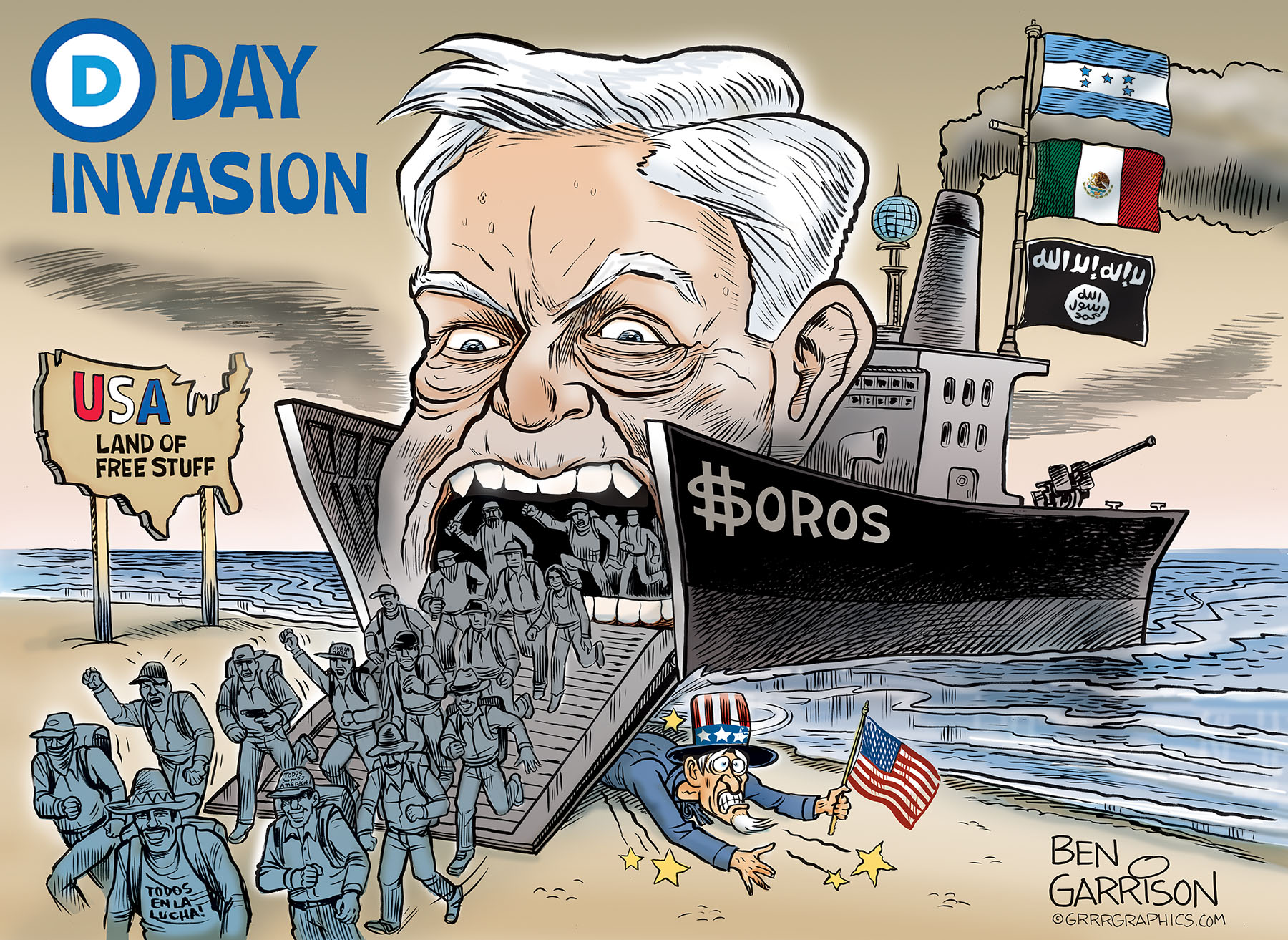 “The first group of people from the migrant caravan have arrived in Tijuana, according to a Mexican journalist.

“According to journalist Jorge Nieto, the group has 85 people. This group is reportedly people of the LGBTQ+ community and they left the others behind because they felt they were being discriminated against.

“They arrived at the Tijuana bus station, then took buses to an Airbnb in Playas de Tijuana, paid for by U.S. lawyers with the caravan.

“Once at the house, neighbors clashed with the migrants, “Yelling at them go away go to a shelter, this is not your place, all you came here this is a safe area and we are afraid of you,” Nieto said shelters aren’t an option as they are already over capacity from the last caravan.”

Chris Farrell: There are certainly criminal elements rolled into the caravan. There were children who were recovered from a human smuggling operation today… There is a criminal involvement on part of these leftist groups. It’s highly organized. It’s a very elaborate sophisticated operation… A lot of these folks also have affiliates getting money from the Soros-occupied State Department and that is a very great concern. If you want to start cutting money, start cutting money there.

Lou Dobbs: Do you know anything about what we’ve seen of USAID bags containing what we know not but obviously distributed by USAID. What is behind that?

Chris Farrell: I don’t have a clear answer off the top of my head. All I can do is tell you is there is all sorts of programs that these groups are affiliated with that we pay taxpayer money on. It needs to be cut off now.

As we reported earlier today the open borders group behind the illegal alien caravan marching to the US border is funded by several liberal organizations including Soros’s Open Society.

America is about to face an invasion.

There’s a ‘caravan’ of people coming up from Mexico. The fake-stream media calls them a caravan because that sounds more benign, but they’re actually illegal alien invaders and should be called that. Such invasions have occurred non-stop for many decades now. Millions of illegal aliens live in this country already. Nothing was done to deport them. Many were given amnesty. Not enforcing our border law has consequences and we’re seeing it now in the form of perpetual invasions.

The current invasion force numbers are growing and we don’t know who they are. If they are allowed in, some will commit heinous crimes. Some may be terrorists from the Middle East. All will most likely get on the dole. They’re coming for free stuff. They want free food, free housing, free medical care, free driver licenses, and free education. California will allow them to freely vote and they will vote for those pushing more free stuff—the Democratic Socialists.

They will vote for more big government. They will vote to take away our guns. They won’t bother to learn our customs or the English language. They will support politicians who cry for open borders and the abolishment of ICE. They won’t pledge allegiance to our flag. It’s more likely they’ll burn it.

The invasion force consists mostly of young men. They are coming here to scoff at our laws and the notion that we have a border. They claim all of North America is theirs. Their slogans include ‘fighting together.’  They seem to want revenge, as if we Americans ’stole’ their land. Many hate America and won’t hesitate to commit violent crimes. Our prisons are already filled with violent illegal aliens. Even though many hate America, it doesn’t deter them from wanting to come here and get what they think we ‘owe’ them.

Unfortunately, the many lefties and Democrat virtue signalers are already doing what their counterparts in Europe have done. That is, they’re claiming they love the ‘refugees’ and are welcoming them with open arms. Only they won’t be welcoming them into their own homes. Instead, they’ll want big government to take care of their new friends. Only becoming victims to the violent crime perpetrated by the invaders could prompt the virtue signalers to change their minds.

The illegal alien invaders are an enemy force coming to destroy. For some reason, thousands suddenly decided to leave their homes in places such as Honduras and Guatemala and start their journey to the U.S. Someone is funding and organizing their trek. Mexico has not done anything to stop them. In fact, they are helping the invaders. That makes Mexico our enemy, too.

George Soros was instrumental in bankrolling and encouraging invaders into Europe and he succeeded in causing strife, discord, crime, and fear to be sowed into many European countries. Only a small percentage of their invaders there got jobs. The rest live on the dole while many their young men commit heinous crimes. The globalist billionaire Soros wants America to receive the same treatment. He wants to break down western culture, thus making it easier to replace it with a one-world socialist nightmare.

President Trump is a nationalist who has promised to stop the invaders. This is imperative, because for far too long they have been rewarded with citizenship. That only encourages more and larger invasions. We must send out a message that America really does enforce its border laws. Otherwise, George Soros will win his war.