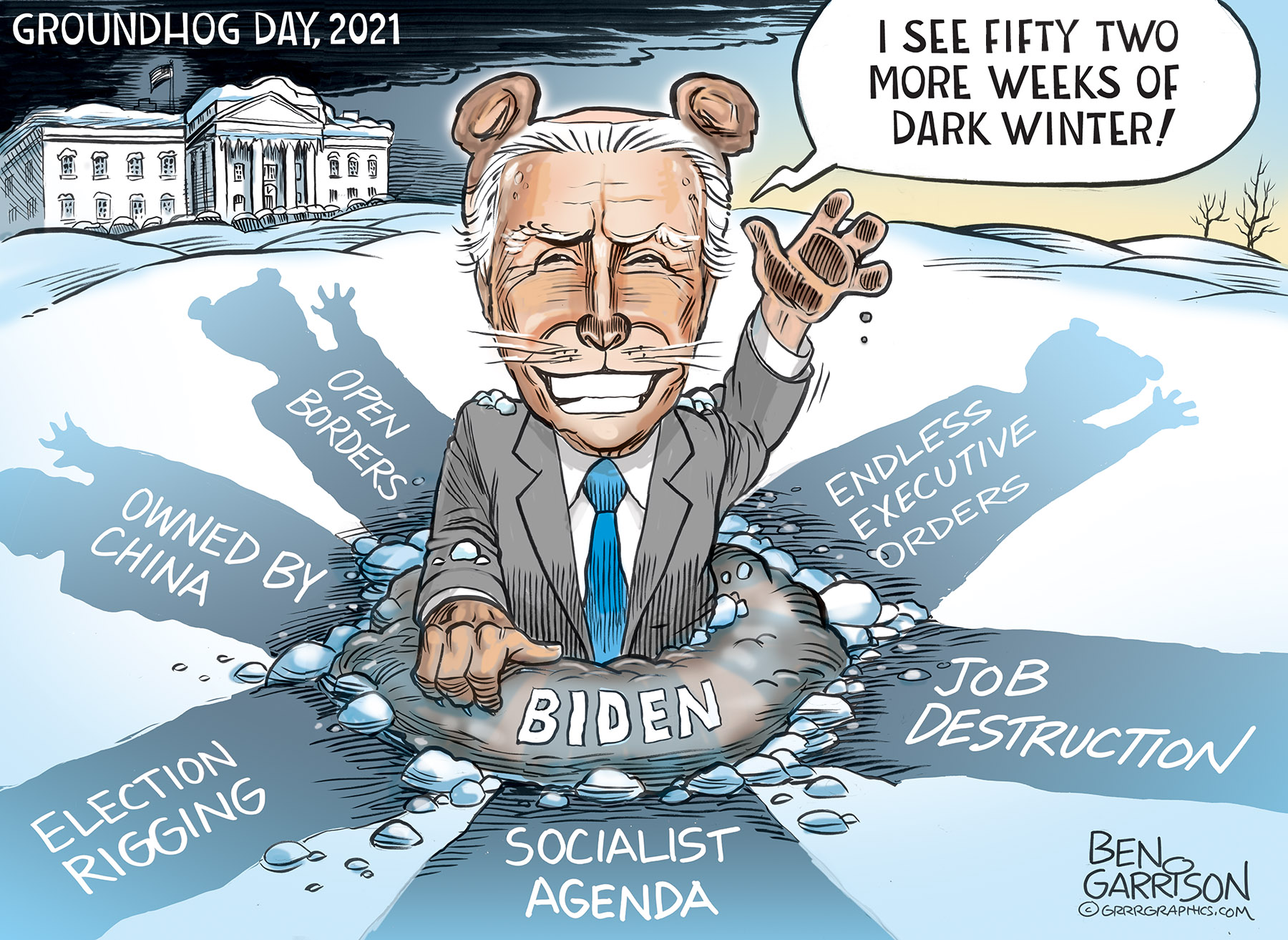 It’s February 2nd and that must mean that it’s Ground Hog Day. Again.

Punxsutawney Joe has seen his shadow, or should we say shadows. That’s because he has been a very shadowy president thus far and it means his ‘dark winter’ will go on and on and repeat until we all finally wake up and save the Republic.

The Fraud in Chief is an illegitimate president . We know it. They know it and the world knows it. Today, February second, starts a month of historic potential for our Republic. What will happen, no one knows for sure. We are all waiting. Maybe the time for waiting is over.  We, the American people, need to all stand up as one against this unbridled tyranny, Stand up and your neighbor will stand shoulder to shoulder with you.

Peaceful civil disobedience is a way to fight back like Martin Luther King said. Because the Deep State is just waiting to blame any violence on Trump supporters and will call us the violent terrorists.  Here’s something that I always use to make things clearer, they always accuse YOU of what THEY are doing!

Thats one of the “Rules for Radicals” by Saul Alinsky. The radical left’s playbook.

“Accuse your opponent of what you are doing, to create confusion and to inculcate voters against evidence of your own guilt”

That should ring a bell the next time Nancy Pelosi calls Trump supporters a threat to “our democracy” or “domestic terrorists”.

It’s time to stand up with WE THE PEOPLE. You have the POWER!

CLICK HERE to help SAVE the great USA with these PATRIOTIC prints now on sale for 1 DAY ONLY!

YOUR PURCHASE HELPS US RAISE AWARENESS OF ELECTION FRAUD, AND LETS THEM KNOW THAT YOU ARE A TRUE PATRIOT!