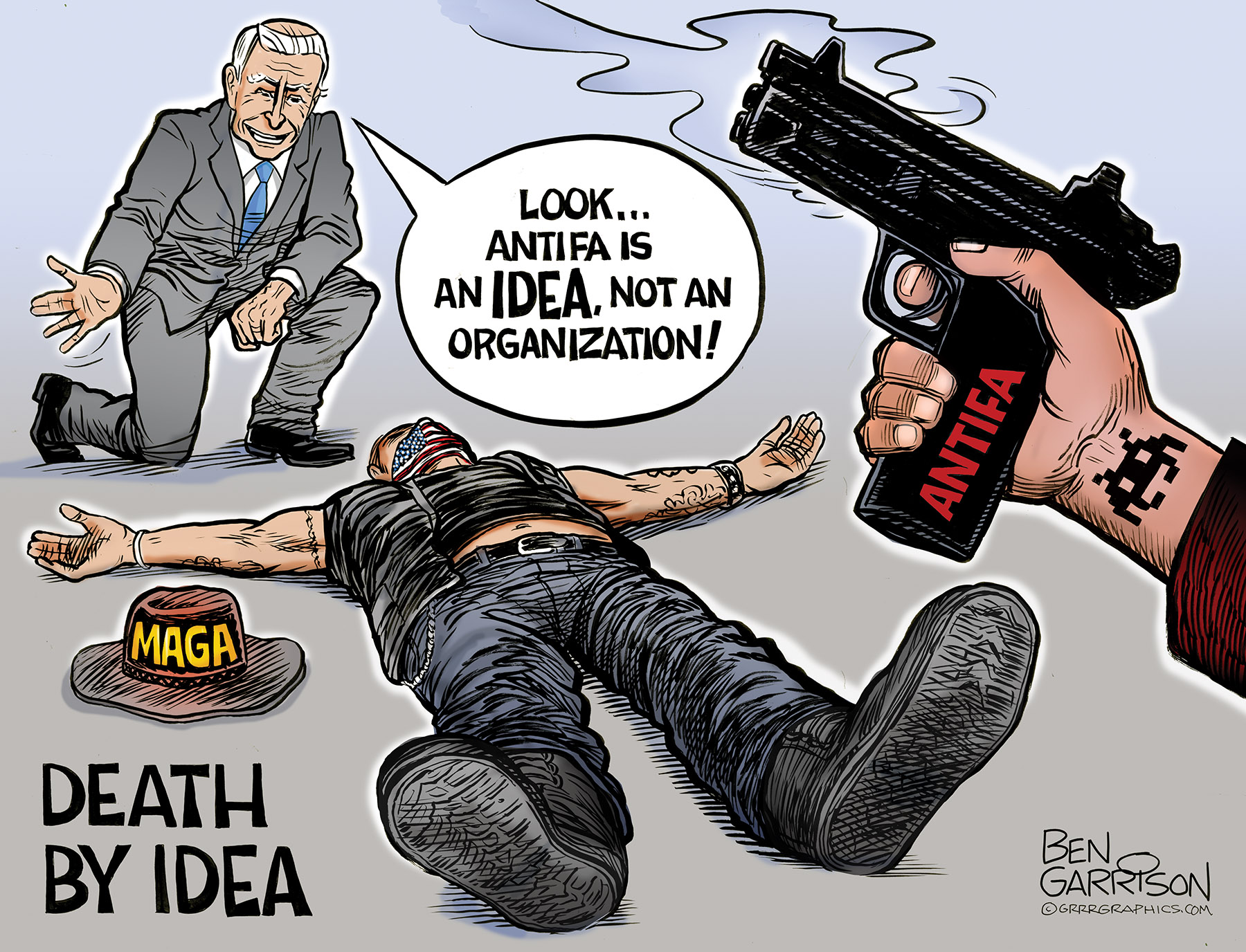 ANTIFA TAKES ANOTHER LIFE AND Biden won’t condem Them

There was a recent ‘patriot rally’ in Denver. Early reports claim Matthew Dolloff was hired as a security guard for a Denver TV station that was covering the event. An altercation took place between Dolloff and a Trump supporter. My guess is they exchanged some cross words and it escalated to a slap and a shove, followed by the victim spraying mace at Dolloff. Nearly in the same instant, Dolloff pulled a pistol and shot his adversary dead on the spot. Dolloff wasn’t wearing a guard uniform, nor was it obvious he was packing. As it turns out, Dolloff was neither licensed nor qualified to be a security guard. He probably wasn’t licensed for concealed carry.

We saw that Dolloff was sporting a ‘Space Invaders’ tattoo on his right wrist. Such a marking is associated with Antifa. He was a Bernie supporter and registered Democrat Socialist. The leftist mass media came out and said Dolloff was not associated with Antifa, but we’re now learning this may not be true. The lying media jumps to too many conclusions that align with their political agenda. For example, they blamed Trump for inspiring the conspirators who wanted to kidnap Michigan’s Governor Whitmer, when several in the conspiracy did not support the president and sympathized with the radical left. Joe Biden does not want to lose his progressive, far-left Antifa supporters.

Help us fight – this is a battle of Dark vs. Light. Together we fight to save our nation and the world! Donate Today

He recently deflected criticism aimed at the Antifa and said it was an idea and not an organization. It is indeed an organization, if loosely-knit, and many of its followers are not afraid to commit acts of violence. The corrupt mass media continually gives them a pass and refers to them as ‘peaceful protestors.’ It will be difficult for them to justify the shooting of someone on the right, but they’ll try. I wouldn’t be surprised if Dolloff is released. One has to wonder what would be happening right now had Dolloff been a Trump supporter and his victim a black ‘BLM’ member.

FBI Director Chris Wray also stated that antifa is an ideology, not an organization…thereby contradicting President Trump who wanted it designated as a terrorist organization. Wray is a Deep State operative and should be fired.

As for Biden, he needs to be defeated.