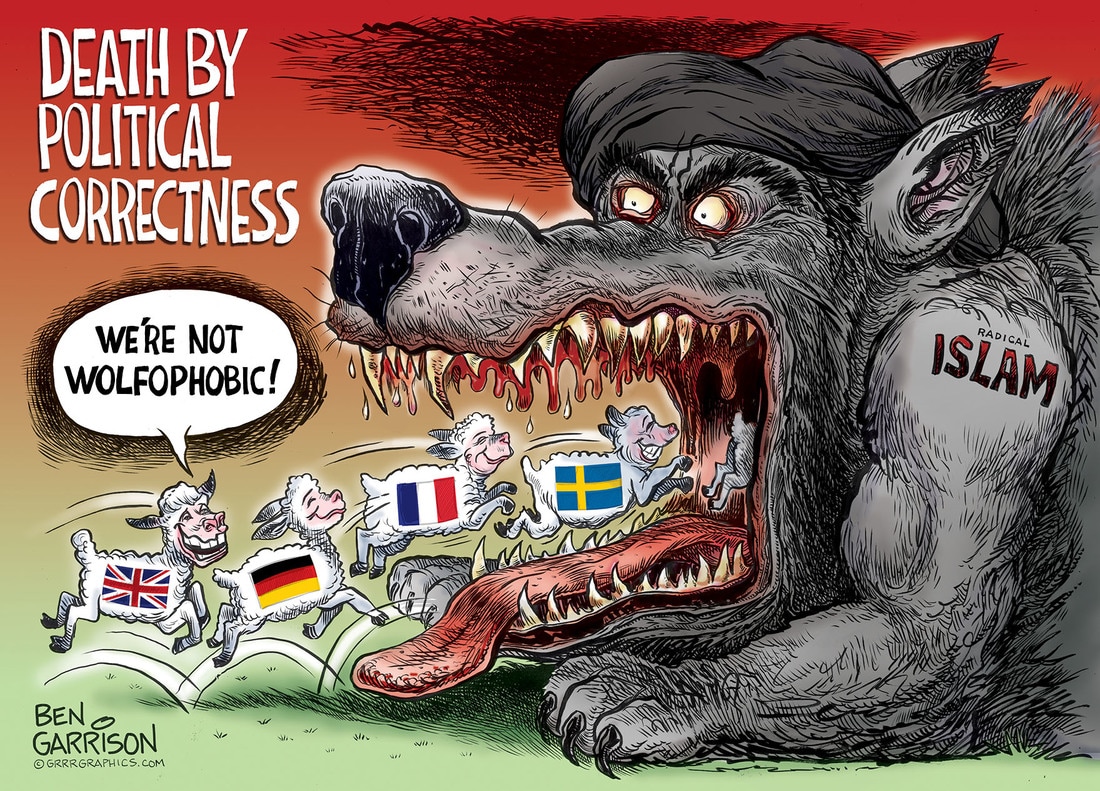 Western Civilization in Europe seems bent on self destruction. The media there have brainwashed citizens for decades. They’ve filled minds with a constant drumbeat of political correctness and the need for more globalist collectivism. Too many Europeans have become passive sheep who are taught to ‘run, hide and tell.’ If they do speak out and complain, they get called names such as ‘racist!’ or ‘Islamophobe!’ Jobs could be lost or heavy fines meted out for so called ‘hate speech.’

Great Britain has at least shown some sign of a backbone. They resisted taxation without representation when they voted for Brexit, but too many of their leaders remain bent on globalism. The latest terror attack in London was good excuse for Theresa May to call for control over the Internet and the end of privacy and free speech. She doesn’t want a good crisis to go to waste.

All the globalists have blood on their hands by pushing for endless Muslim immigration. To them, terror is a tool—a useful excuse that enables them to replace liberty with more control. Merkel and her ilk are allowing the forces of Islam to conquer Europe. It’s part of their collectivist vision of total domination.

Cartoons that are Politically Incorrect? we got them!

Islam needs a reformation. It needs to abandon Sharia Law. It needs to stop being a religion of force and become one of peace. The peaceful Muslims need to do all they can to stop terrorists before they get started. They claim they reject the violence, but too many aren’t doing anything to help stop it.

Mostly, Europe needs to ban immigration altogether and give those already there a chance to assimilate. It’s too bad the Illuminati don’t want that.