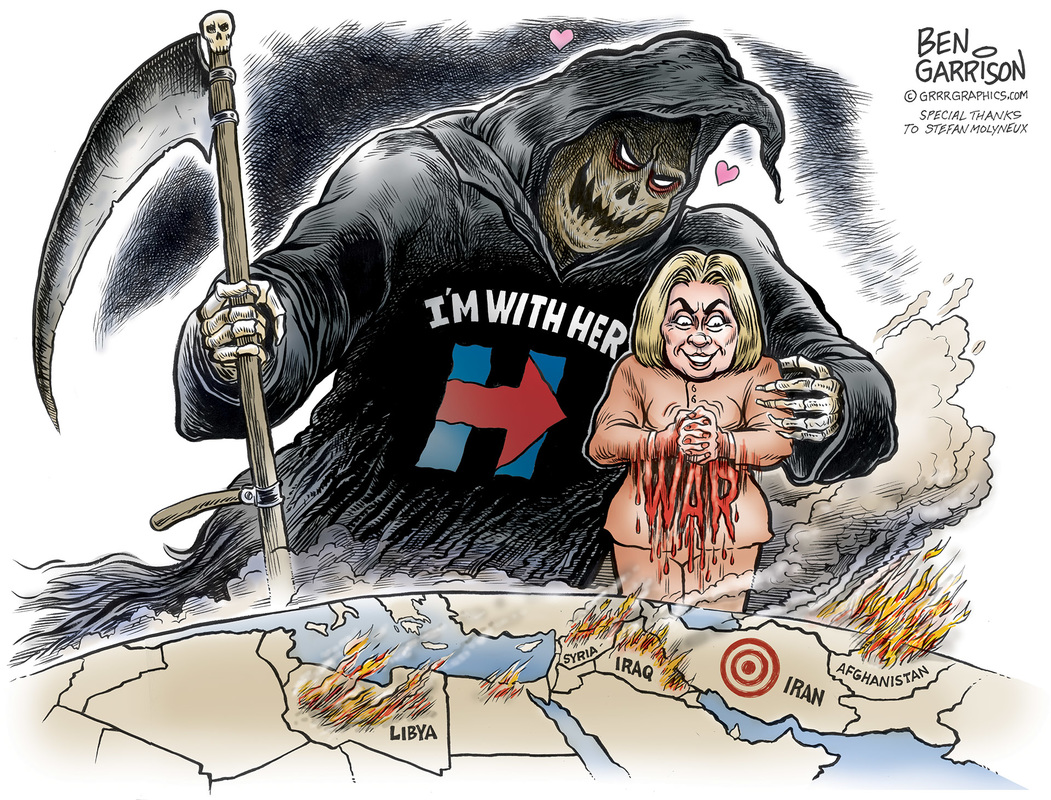 Special thanks to Stefan Molyneux for the idea!

​In 2011, Hillary saw Iraq as a ‘business opportunity.’ She voted for the war there and sees such conflict as a way to make money. That’s what she’s about. Power and money. Hillary has made millions from the Saudis—doing their bidding. She knows the Shiite/Sunni conflict in the middle east is a money maker for her. That’s why she announced:
​“If I’m President, We Will Attack Iran… We would be Able to Totally Obliterate Them.”
We all know how she cackled with glee when she murdered Gaddafi and destabilized Libya. She made sure ISIS got weapons to attack Syria. This creature is war monger. And it’s not just the middle east. Look how she arranged a military coup in Honduras. Many may not remember that she urged Janet Reno to destroy the Koresh compound in Waco. Many people were executed there including women and children.

Hillary is a bloodthirsty, power-mad, money-mad murderer. She’s unfit to be president. She must not get elected. If she is, look for a lot more blood to be spilled in the world due to her penchant for murder.  —Ben Garrison