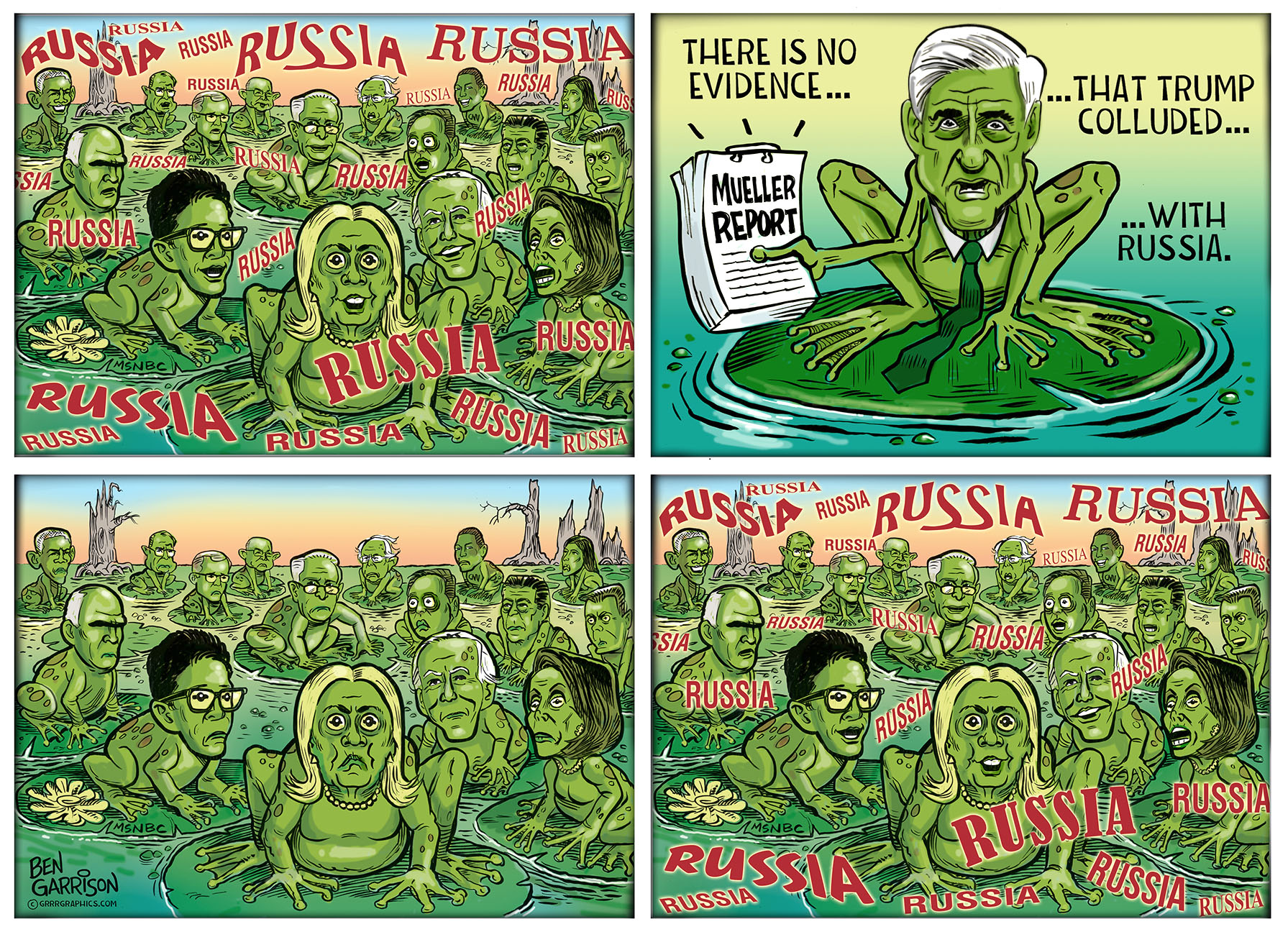 Part of my job as a political cartoonist is to watch CNN and MSNBC to become better aware of the propaganda that the corporate, globalist, lying media are feeding the masses. The Democrats are liars, but they don’t care. They know most of their base isn’t really paying attention. Passively accepting lies from media ‘authorities’ is easier than examining the facts.

One of their thoroughly discredited canards has been the expensive “Trump/Russia collusion scandal.” It never existed. If there had been any evidence to trumpet, Robert Mueller certainly would have blown it loud and hard, but he reported nothing because there was nothing.

Yet here I was listening to Obama’s CIA director, John Brennan telling an MSNBC host that Trump’s collusion did occur and he suggested it could happen again. Brennan was one of the prime instigators of the Russia collusion lie, but instead of being tossed in Guantanamo for treason, he’s all over mass media and repeating the lie. He even said Trump was ‘dangerous to our nation.’

Nancy Pelosi, who harbors unprecedented hatred of our lawfully elected president, also mentioned he could be colluding with Putin to sway the election in his favor. I heard her say it on MSNBC, but unfortunately I don’t have the transcript.

And of course, there’s Hillary. She instigated the Russia collusion Hoax by funding the Steele Dossier. She sticks to her lies that Putin and Trump stole the previous election and presumably the next one. She’s as crazy as an outhouse rat, but she also maintains a big influence on the Democratic Party. Hillary and her operatives—including Mueller—were involved in the Uranium One scandal. She’s the one who colluded with Russia, not Trump.

The Democrats are out of ammo. Once again we heard Biden repeat the discredited lie that Trump thinks white supremacists were ‘fine people’ when he said no such thing. Their strategy appears to be this: They will loudly repeat a chorus of lies as to potential voters, assuming those voters are not paying attention. One of those lies is Trump colluded with Russia to win an election.

“The Great Race Trump vs Biden” Poster size prints now available- Limited edition- only 100 will be printed! Numbered and signed-Order Your Print Today!