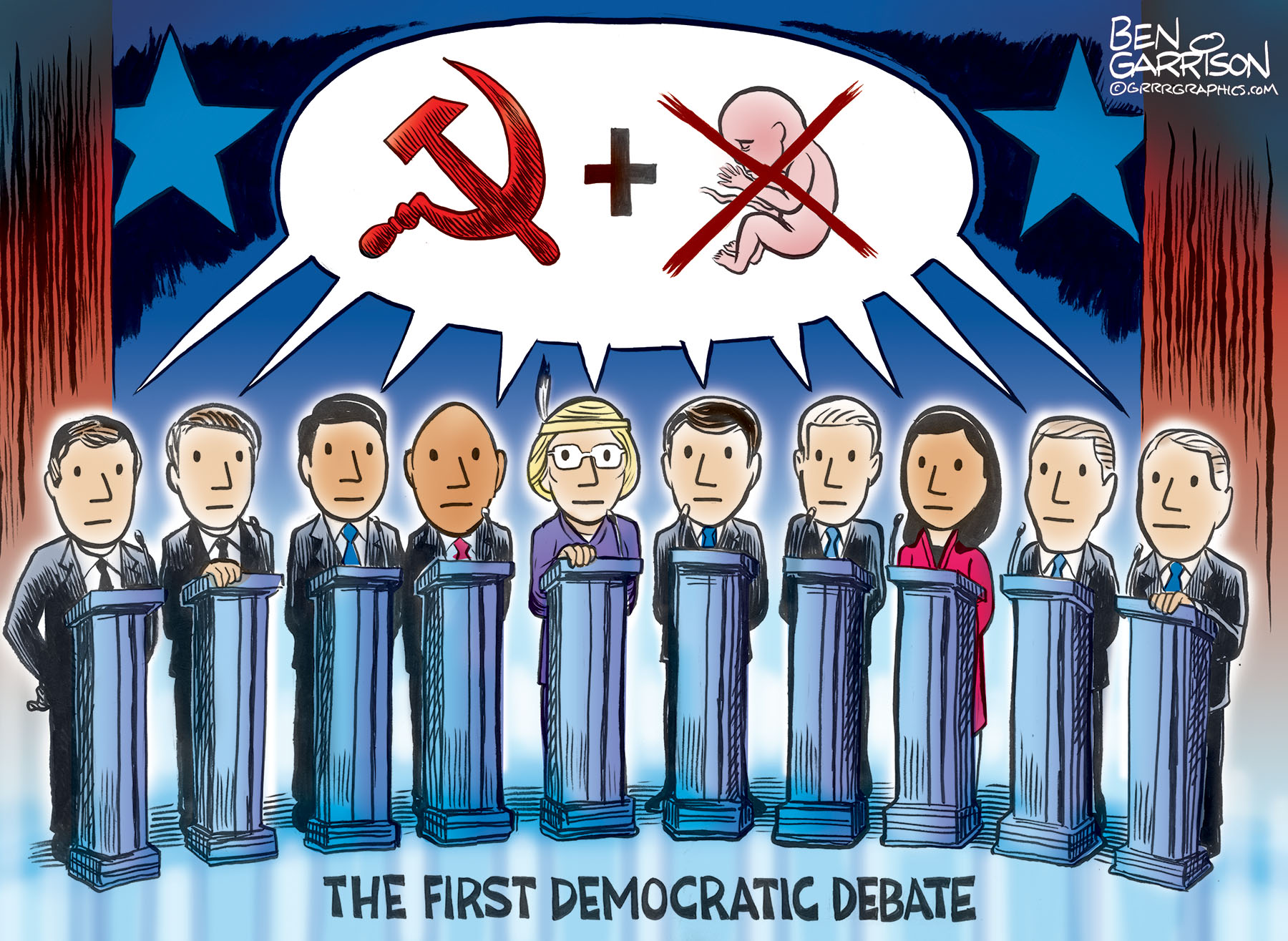 My impression of the first Democratic debate last night? They reminded me of the ‘non player characters’ (NPCs), something that was made into a meme last year—and instantly hated by the left.

With a few variations, they all pretty much took the same stands on the issues. They all want socialism—free stuff. They want free Medicare and a variety of other free things. They want open borders, ‘common sense’ gun control, climate change—all things that tie into socialism. Corey Booker wanted gun licenses. If that happens, look for government to make it impossible to obtain one.

I yelled at him, “The 2nd Amendment is our license!”

They expressed outrage that children on our southern border are being mistreated. In most of the photos and videos I’ve seen, the invaders are mostly young men. No matter, it gave them all a chance to virtue signal and express their love of children.

They don’t like unborn American children, though. They want them murdered. A woman’s ‘choice’ always trumps everything, although they prefer to call it a ‘woman’s health issue’ rather than abortion. Millions of babies need to be slaughtered, but millions of foreign babies need to be welcomed. The taxpayers will pay for it all.

Some things really bugged me. The politicians who crave hispanic votes spoke Spanish at length. SPEAK ENGLISH! This is America and the one thing that brings us together is English! Another thing that bothered me was the incessant use of the two words, “Our democracy!” We are a REPUBLIC, not a democracy. Marx said democracy was the road to socialism because people will always vote for free stuff. Warren shrilly stated, “We are a democracy!” Then she mentioned the Constitution. The word ‘democracy’ is not in that document, Pocahontas.

Warren was given the most time and that means she’s favored by the Deep State Swamp. She did not do well. She came across as an angry school teacher, which is what she wanted to be early in life—and what she should have been before she decided to culturally appropriate Native American culture to gain advantage.

Tulsi Gabbard stuck me as the most original and authentic. At least she’s anti-war, but she also wants the usual free stuff AND she wanted to reinstate the horrible Obama Iran Deal. Just because she served in the military does not mean she should be President.

No one on stage can beat Trump at this point.

Thursday will be part two of the debates.