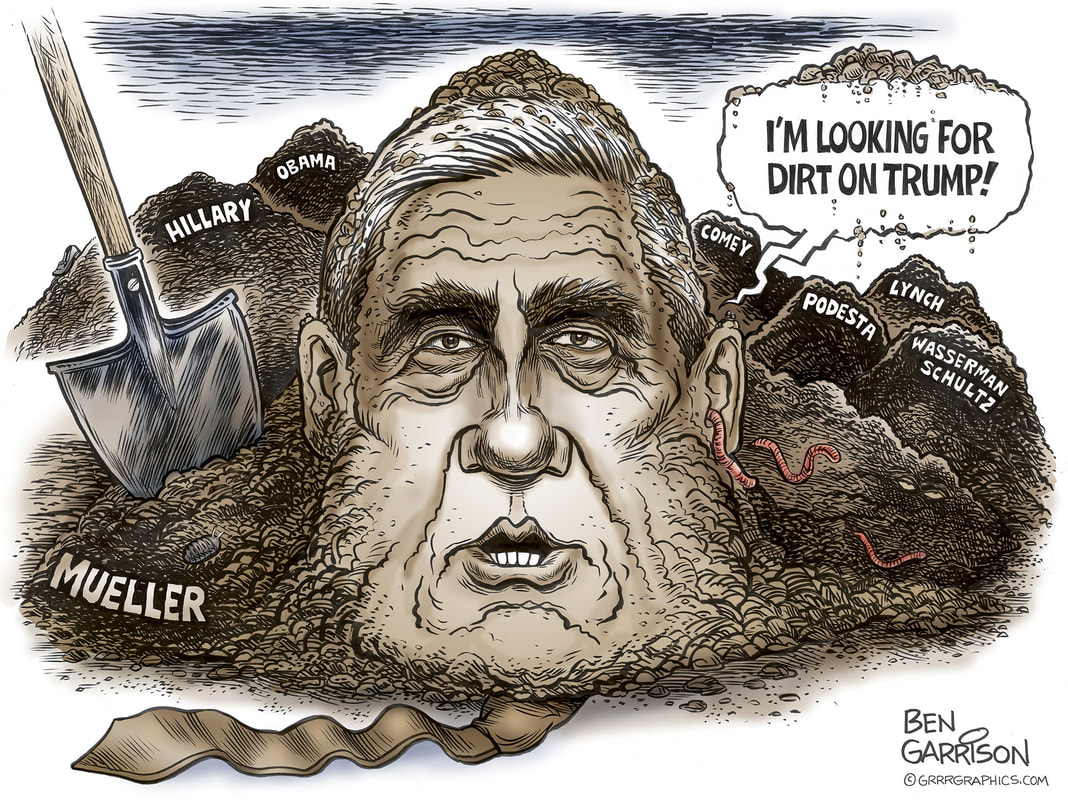 Robert Mueller is used to dirt.  Like his corrupt associate Comey, Mueller is a Deep State collaborator.

He’s also a bag man who easily bends to political pressure–another similarity he shares with Comey. That’s why he was chosen for his latest assignment: the framing of President Trump. The former FBI director under Bush and Obama probably knows the Russia ‘election hacking’ narrative is nothing but a wild goose chase, so now he wants to investigate Trump’s finances. Even a CNN pointed out that this is wrong and beyond the scope. But Mueller isn’t reeling anything in on his fishing expedition so he wants to cast out farther and farther.

After losing the election in a spectacular manner, Hillary and Podesta invented the ‘Russia/Trump collusion’ fairy tale not only as an excuse, but also as a means to divert attention away from their very real criminal corruption. They love to blame their enemies for the evil that they themselves commit, which is an old Saul Alinksy trick. Using the Clinton Foundation as a money-laundering operation, Hillary accepted ‘pay for play’ cash from Russia as part of her Uranium One deal. While she was Secretary of State, her husband received $500,000 for a speech he delivered in Moscow. Putin was obviously buying influence from Hillary. Now that she’s not president and can’t easily cover up her traitorous misdeeds, she found it necessary to paint President Trump as the traitor.

Hillary is using Mueller as her personal bloodhound. He’s out sniffing on a trail with no scent, but he still hopes it will lead to President Trump regardless. A far less pristine trail leads to crooked Hillary as well as Obama, Debbie Wasserman Schultz, and many others. Despite the abundance of redolent clues they’ve left behind, Mueller has been assigned to sniff at President Trump. It’s a waste of time and taxpayer money.

It’s a charade designed to hide the criminal misdeeds of the Deep State itself. They may fabricate lies to remove President Trump, but in doing so they’ll also be flirting with civil war. Too many constitutional republic-loving Americans will not tolerate a coup by the swamp. 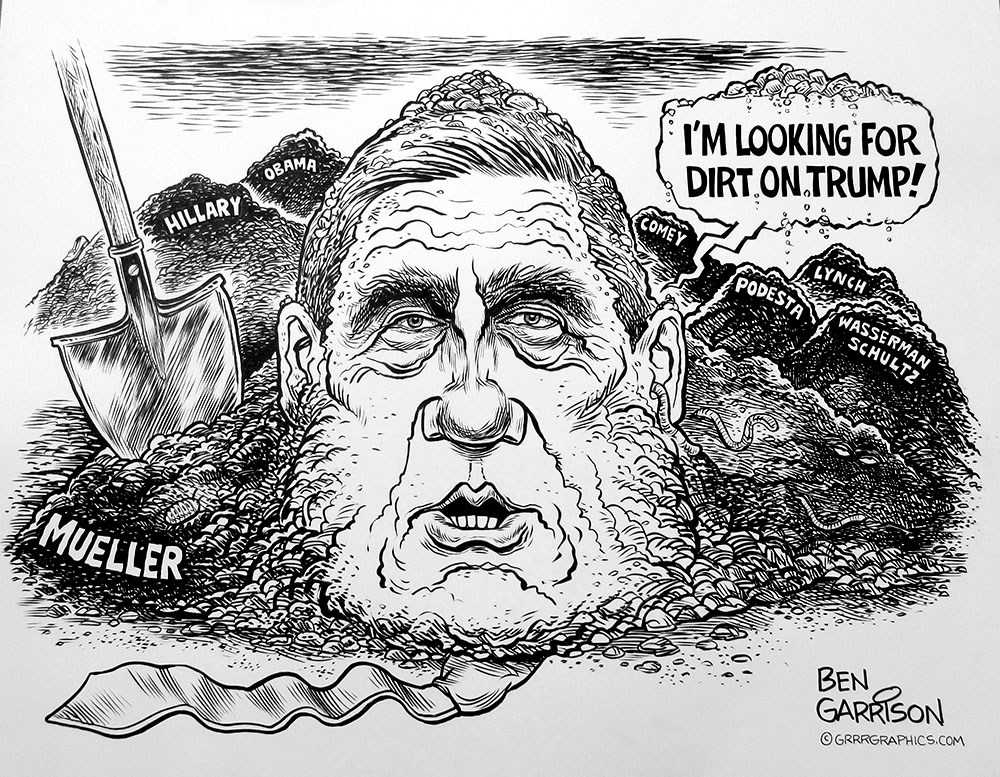 Thank You for the Support!