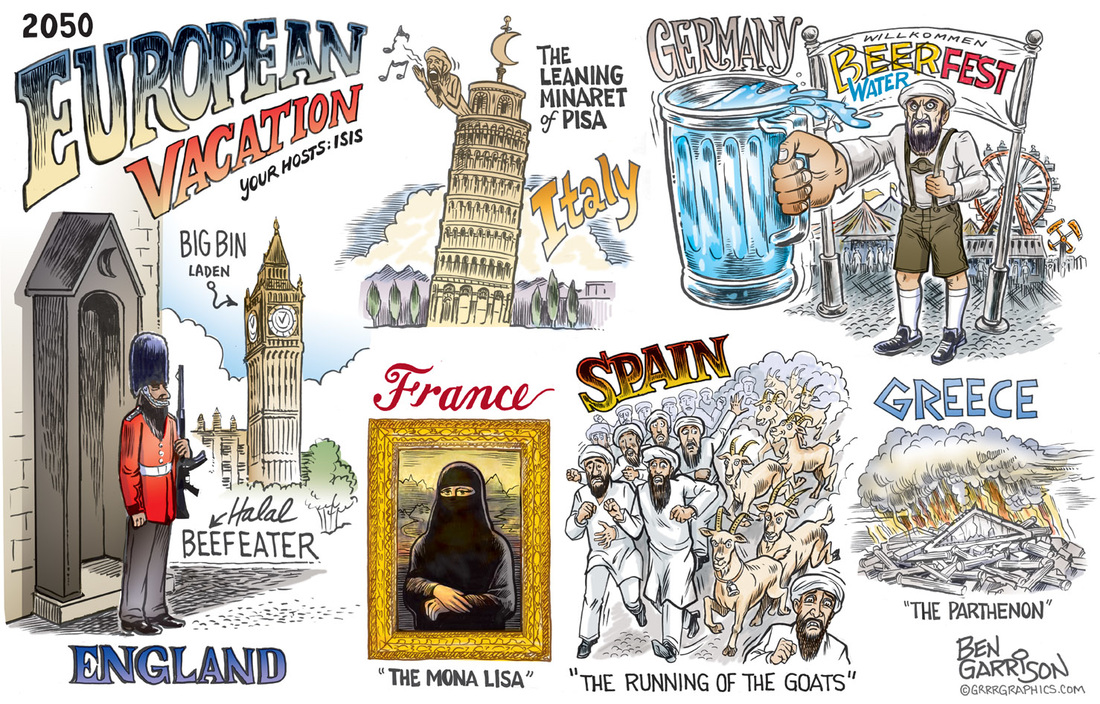 This cartoon is a farcical peek into the future of Europe brought to you by your hosts ISIS. OK, before I get called a ‘hater,’ let me be clear I don’t hate Muslims. I realize there are over a billion of them live on the planet and most of them aren’t terrorists. However, it’s time to recognize that outfits such as ISIS are out to conquer the world. They believe in beheadings, oppressing women, blowing up ancient monuments such as the Temple of Baal, as well as taking over countries through mass immigration. My cartoon might be funny, but could it also become reality? Many will live to see if it happens or not. The women may not see it clearly if they’re looking through a burqua.
Enjoy this bonus cartoon? This is an example of an exclusive cartoon from our fan page on patreon! Join us and help us fight tyranny and defend the Constitution!