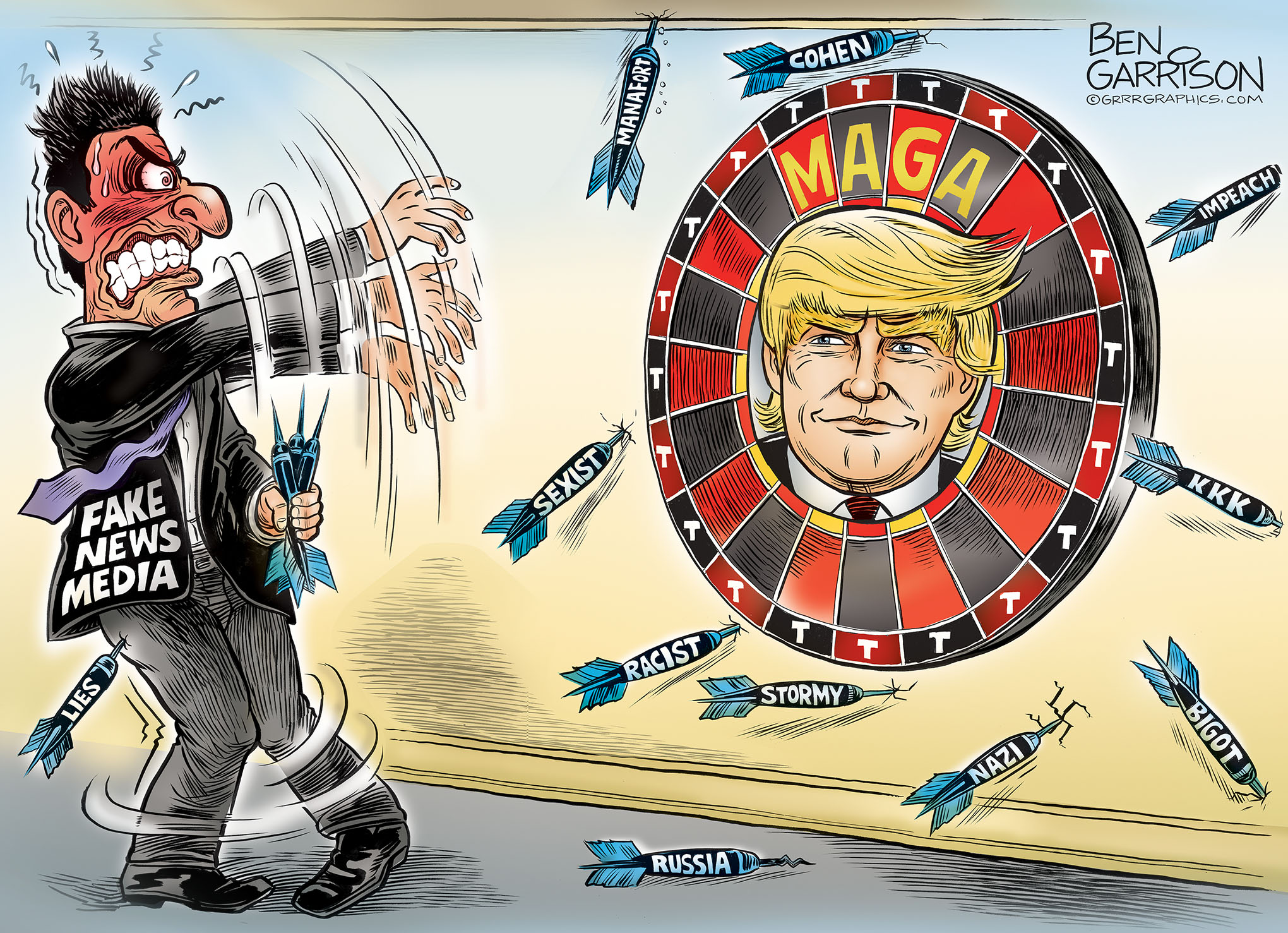 The Deep State fake news propaganda machine—collectively and formerly known as the ‘Mainstream Media,’ continue to throw darts of hysteria at the President in the hopes that one of them will hit the target.

They continue to miss.

Their latest dart is Trump’s former lawyer, Cohen. Mueller wants him to spill the beans on the president in the hopes it will lead toward impeachment. The impeachment dart will also miss because nothing Mueller has dredged up relates to his original mandate: Providing evidence on Trump’s supposed Russian collusion.

He has no evidence because such collusion never occurred. Instead, Mueller continues to dig up dirt on personal events that may have occurred many years ago. These are events that had nothing to do with the election or Russia. It seems all Mueller is doing is punishing people who knew/worked for Donald Trump.

The fabricated Russian dossier that was paid for by Hillary’s campaign money (not disclosed) is another dart that missed the target. Hillary is the one that Mueller should be investigating for Russian collusion. After all, she raked in a lot of dough by selling out her country in the Russian Uranium One deal.

The Deep State media won’t report on that, though. They protect their own.

A new book, Compromised: How Money and Politics Drive FBI Corruption, explains how former FBI Directors James Comey and Robert Mueller leveraged their government positions to enrich themselves to the tune of millions of dollars. Crony capitalism at it’s finest.

Meanwhile, the Fake News Media will continue to flail about in angry frustration as they continue to miss their target.