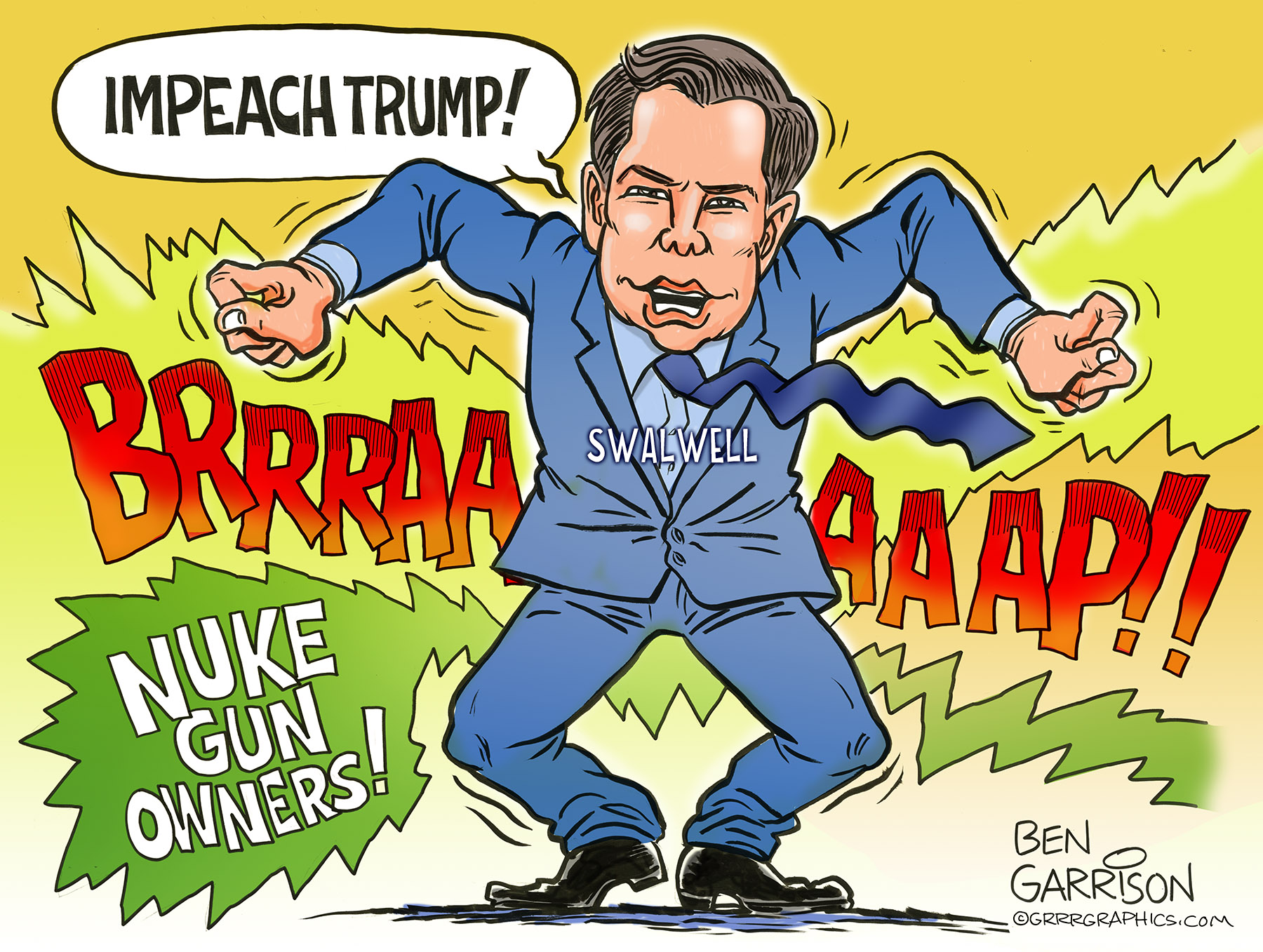 California congressman Eric Swalwell farted live on national TV during an interview. It was the fart heard round the world. If it were a scandal it could be called ‘Fart and Furious.’

Naturally, a cascade of jokes ensued. One message board wag said, Eric knows more about gas than Hunter Biden. I’m not a fan of fart jokes, but Swalwell deserves all of them. He regularly calls for Trump’s impeachment based on hearsay and imaginary evidence. He said Joe Biden is a saint and Trump was insulting Joe’s sterling reputation by accusing Joe and Hunter of impropriety. Well, Hunter was getting over a million dollars per year from Burisma, even though he had no qualifications whatsoever. His father made sure a prosecutor was fired before Hunter faced investigation for corruption. THAT was the true Ukrainian quid pro quo, and it didn’t stop there. Thanks to his dad’s sway, Hunter made out like a bandit in China, too.

Swalwell loves government and pushing people around. The smug punk told gun owners that they were outgunned. He said big government had nukes and so citizens may as well turn in their firearms. For this reprehensible statement alone, Swalwell deserves perpetual ridicule.