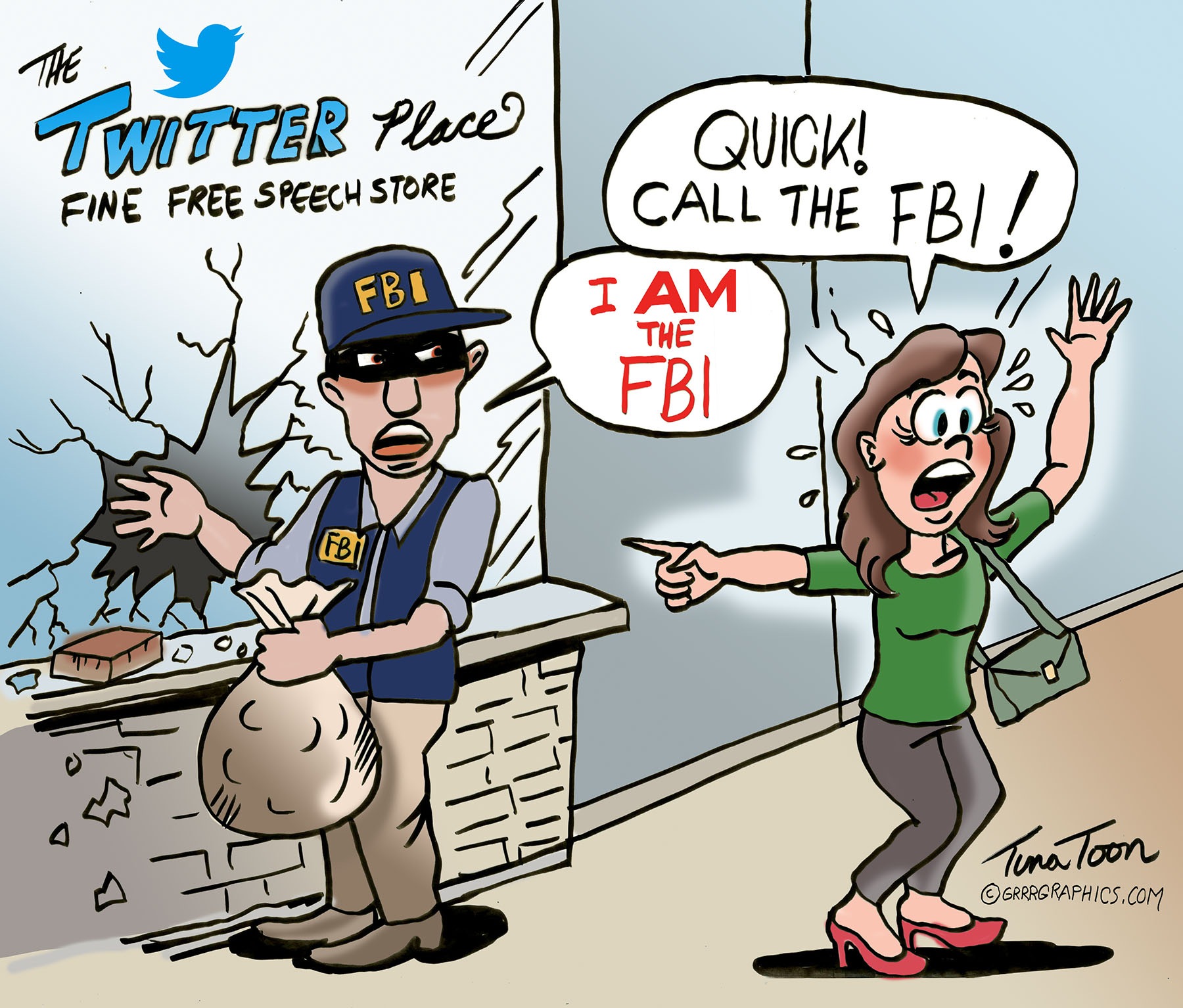 “Oh, what a tangled web of lies, and censorship they weave”

People are now seeing that censorship on social media platforms, like Twitter and Facebook, was used to cover up election fraud and thereby steal the election. With the release of the Twitter files part 7, we now know the FBI played a major role in the fraud and cover up on Twitter. Twitter had more than 17 former FBI agents employed and had weekly meetings with the FBI and White House on who they would censor and ban.

“As of 2020, there were so many former FBI employees — ‘Bu alumni’ — working at Twitter that they had created their own private Slack channel and a crib sheet to onboard new FBI arrivals,” Michael Shellenberger revealed in the release of the Twitter files 7.

The FBI and DHS, with the help of many corrupt individuals, fake news and social media platforms, overthrew the duly elected president of the United States.

The FBI covered up Hunter Biden’s ‘Laptop From Hell’ and installed a puppet regime going against the people’s wishes.

The FBI violated every American citizen’s rights in the process, this is treason at the highest levels.

Election fraud is no longer a myth, it is real and the evidence keeps piling higher and higher.

The FBI, the DHS, and the corrupt politicians had a plan, they even had a ‘war-room’ and used all their weapons to manipulate the election and overthrow the United States Government.

They did this knowingly and their acts of treason is what the Twitter files have exposed.

This can no longer be denied.

Former congressman Ron Paul weighed in on the scandal:

“As we learn more and more from the “Twitter Files,” it is becoming all too obvious that Federal agencies such as the FBI viewed the First Amendment of our Constitution as an annoyance and an impediment. In Friday’s release from the pre-Musk era, journalist Matt Taibbi makes an astute observation: Twitter was essentially an FBI subsidiary.

The FBI, we now know, was obsessed with Twitter. We learned that agents sent Twitter Trust and Safety chief Yoel Roth some 150 emails between 2020 and 2022. Those emails regularly featured demands from US government officials for the “private” social media company to censor comments and ban commenters they did not like…

There is good news in all of this, however. As Constitutional Law Professor Jonathan Turley wrote over the weekend, a new Harvard CAPS/Harris Poll found that even though the mainstream media has ignored the “Twitter files,” Americans have not. Nearly two-thirds of respondents believe that Twitter was involved in politically-motivated censorship in advance of the 2020 election. Some 70 percent of those polled believe Congress must take action against this corporate/state censorship.

We do not need the FBI and CIA and other federal agencies viewing us as the enemy and attacking our Constitution. End the Fed…and End the Federal Bureau of Investigation!”

We couldn’t say it better than that, thank you Ron Paul.

Viral Cartoon ‘Down The Twitter Rabbit Hole” Available as a Limited Edition Signed Print- ON SALE!