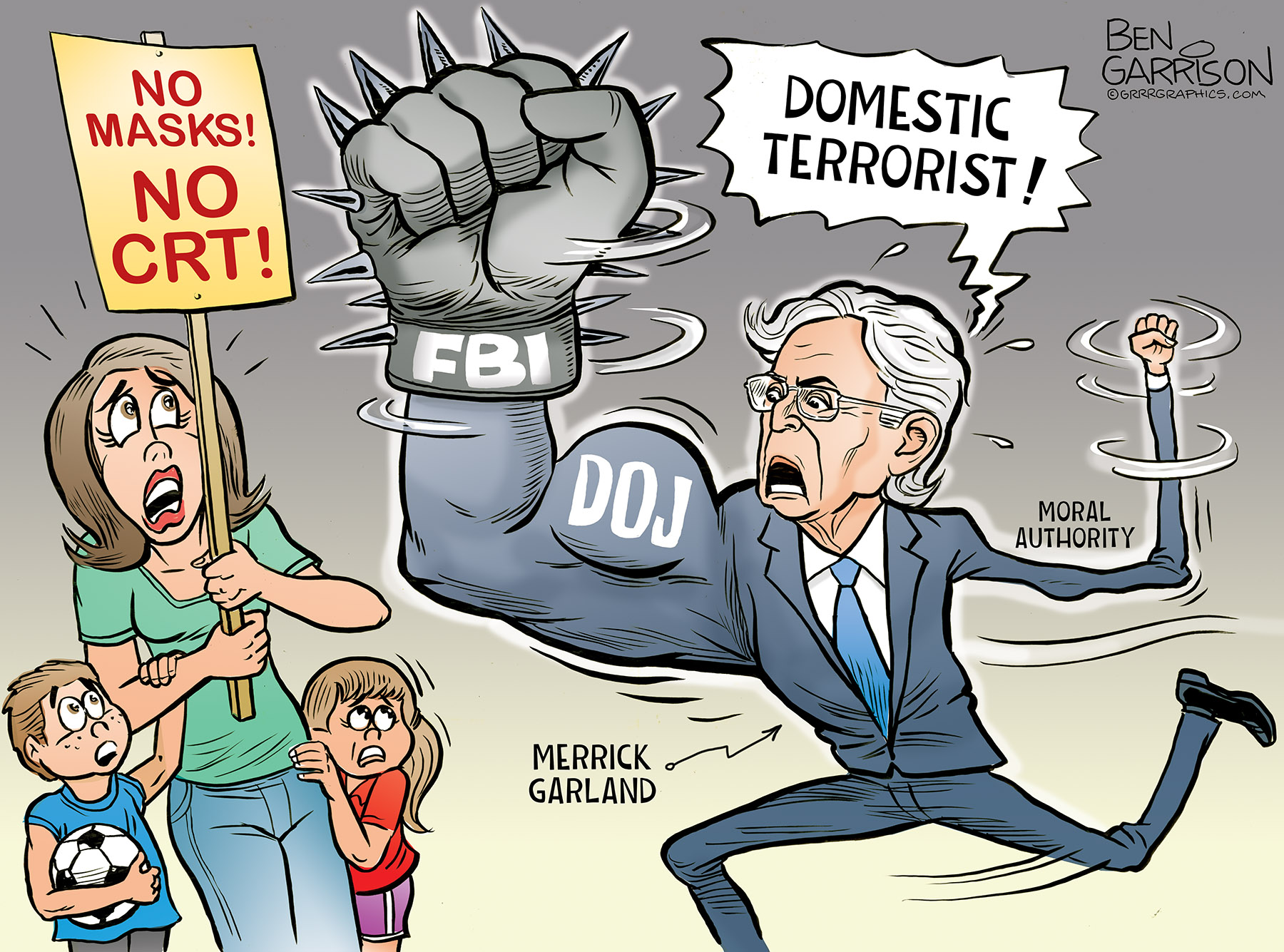 After Scalia was whacked, Obama wanted Garland as his replacement on the Supreme Court. Fortunately the Republicans blocked the far-left nut job’s chance of confirmation.

Obama announced he would ‘fundamentally transform’ America and we now know by that he meant destroying America. Joe is continuing the destruction. He sees it as necessary in order to ‘build back better.’ What is ‘better?’ To Obama and Joe, it means Americans will be forced to live under a Marxist yoke of tyranny.

Constitutional rights are being ignored. Gulags are appearing on the scene, into which ‘insurrectionists’ and domestic terrorists disappear without any legal recourse. The Marxists love what Stalin did. Enemies simply disappear. To make this happen they politicized the security agencies and the courts. The FBI is now the muscle of the Democrat Party.

Now they’re going after parents who loudly complain (as they should) about the divisive, racist, and hate-filled Critical Racist Theory being taught to their children. Garland’s job is to instill fear and silence those who exercise their First Amendment right of free speech. This is disgusting, but not unexpected. After all, the Marxists stole the election for the extremely unpopular Joe Biden.

The first thing the imposter president did was leave our borders wide open for invaders. He cancelled the Keystone Pipeline and and undid President Trump’s energy independence. Joe left Americans behind in Afghanistan along with billions of dollars worth of military equipment—now in the hands of the Taliban and the Communist Chinese. Joe’s irrational shutdowns and vax mandates have cost Americans countless jobs. A vast new army of intrusive IRS agents have been ordered to harass middle class Americans if they buy a $600 couch. An incredibly expensive Green New Deal bill will further accelerate inflation.

It’s no surprise to see them go after Americans who resist their hateful Marxism. It’s also no surprise to hear chants of “F____ Joe Biden!” in stadiums throughout the land. Let’s hope the chants grow louder.

Want Ben to keep drawing great cartoons? Keep him going by buying him a strong cup of coffee so he can draw even faster! Buy Ben a cup of  virtual coffee and make his night! Thank you for the support, Click to send a coffee!