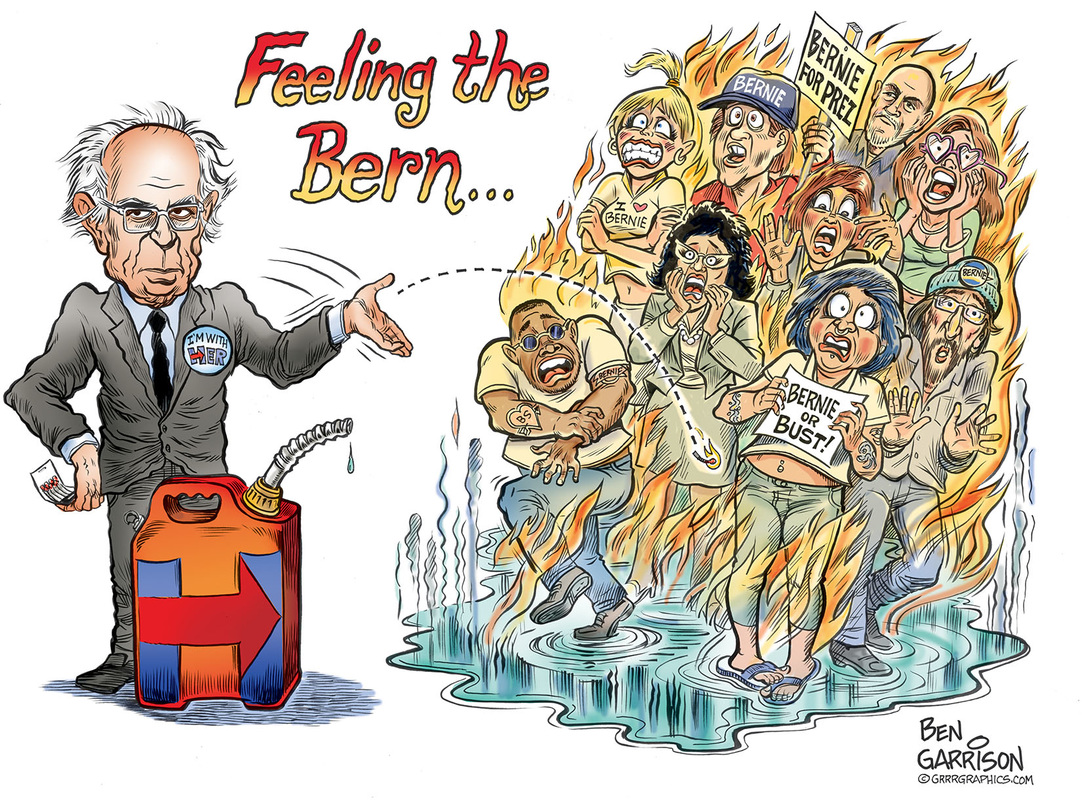 Bernie Sander’s decision to support the crooked, corrupt criminal Hillary Clinton was despicable. He once denounced her as ‘unqualified’ and described her as an establishment candidate owned by Wall Street and the banking oligarchy. No he’s endorsing her.

Some Bernie apologists commend him by stating that he had to do it to keep the Democrat Party in tact. But why should he? The party is rigged and corrupt. Super-delegates are pre-decided. The voters ’say’ has been compromised. Bernie was ripped off routinely. What happened in Nevada, for example.

Shame on you, Bernie. We thought you had integrity. Now you are endorsing the very face of the establishment. You have embraced the whore of Wall Street. My older brother donated to your campaign, but lost faith in you before you endorsed Clinton. He’s a smart man and saw the writing on the wall. I never supported you—I know that your communism doesn’t work—but I admired your integrity. Now I don’t admire you at all. You sold out.