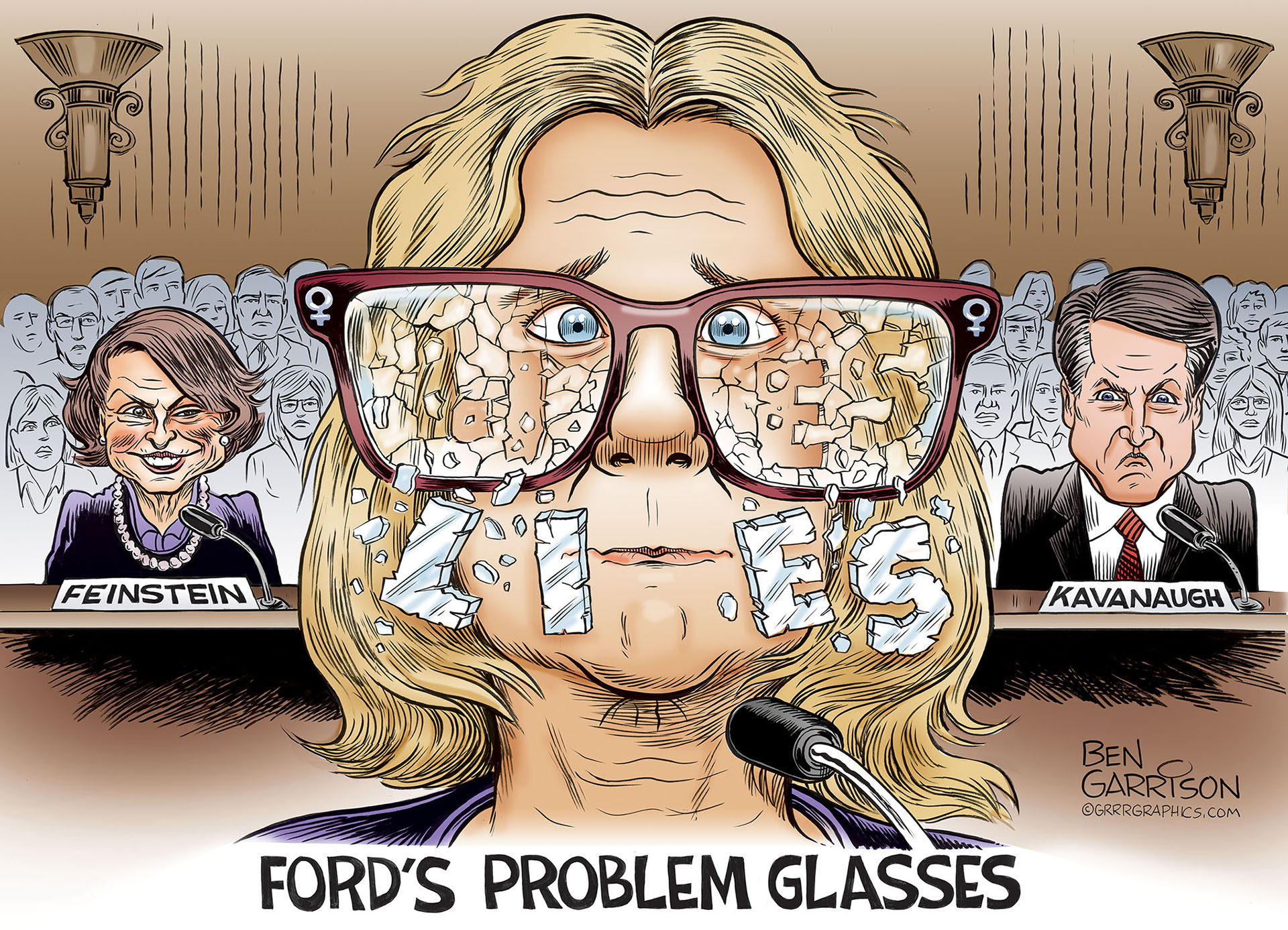 The evidence is beginning to point toward a fact about Christine Ford: She’s a liar who perjured herself. If there is any justice in the world, she’ll be locked up for her perjury—especially when an innocent man’s reputation was dragged through the muck.

One of Ford’s many former boyfriends came forward with sworn testimony that she did indeed instruct an FBI candidate in deep detail about how to take a polygraph test—contrary to what she told the Senate Judiciary Committee. Forget that it’s unethical to instruct candidates in ways to beat the polygraph. The real bombshell is she insisted to Congress that she ‘never’ instructed anyone.

The boyfriend also contradicted her claim of ‘fear of flying’ when in fact, he once flew with her in Hawaii in a single-engine plane. During their time together Ford never mentioned Kavanaugh.

Even her ‘problem’ glasses seem fake. I think they’re a prop. She was always looking over them and seemed uncomfortable wearing the smudgy things. She’s a psychologist and probably thought wearing them would garner her more sympathy and perhaps make her look more intellectual and credible.

She’s not credible. All signs point to the reason for her lies: She’s far left, pro-abortion, she donated to Hillary Clinton, and she happened to go to high school at the same time of Brett Kavanaugh and saw an opportunity. To her, the end justified her lying means.

Time to vote Kavanaugh in as a Supreme Court Justice and park Ford in prison.

Had enough of the unhinged Left and their Stalinist tactics?  Join Ben on Patreon – more Red Wave Cartoons for the Midterms!