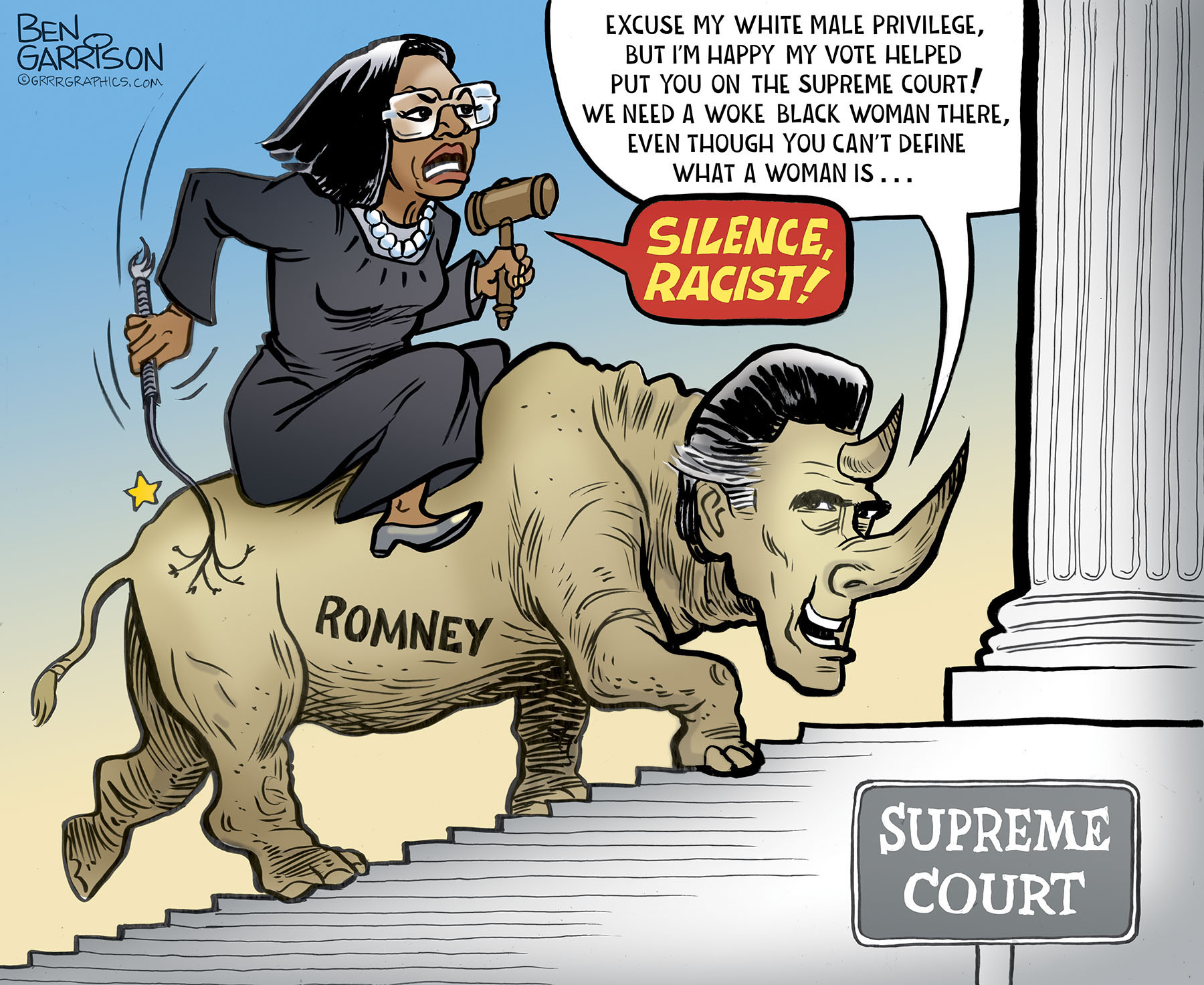 Thanks to Republican In Name Only (RINO) politicians such as Mitt Romney, Ketanji Brown Jackson will be seated on the Supreme Court.

The qualification for such a position no longer includes superior legal credentials and a great legal mind, but rather skin color and sex. Jackson is a black female, and those were her most important qualifications. The left no longer cares about who is most qualified, but rather they desire to fulfill their holy quest of diversity. When you hear that word along with ‘equity’ and ‘inclusion’ you know you’re listing to woke-ism.

This is not to say Jackson isn’t smart (even though she doesn’t know what a woman is), but the point is she was chosen over many other candidates simply because of her sex and skin color. She’s likely to rule in favor of woke-ism should such a case involving it arrive. Who knows, the Supreme Court might end up ruling that a man can become a real, biological woman regardless of what real science says. We’re being led down a path of delusion, nihilism, and insanity. Romney is supposedly a conservative, but apparently he agrees with all things woke—including heaping copious praise upon the late drug-addled criminal, George Floyd.

It’s time for the voters to remove the RINOs and regain the representation they need. Oh, but I forgot…voting is rigged nowadays. We first need to rid ourselves of the voting machines, corrupt mail-in balloting, and big money corruption by billionaires such as Soros and Mark Zuckerberg.

Meanwhile, RINOs such as Romney will continue to take delight in angering his constituents by aligning himself with corrupt and mentally deficient Democrats including Pelosi and Biden.

Check out My Special Sale- Special Prices on Books, Prints, Select Original Art- Click Today- Thank you for the support