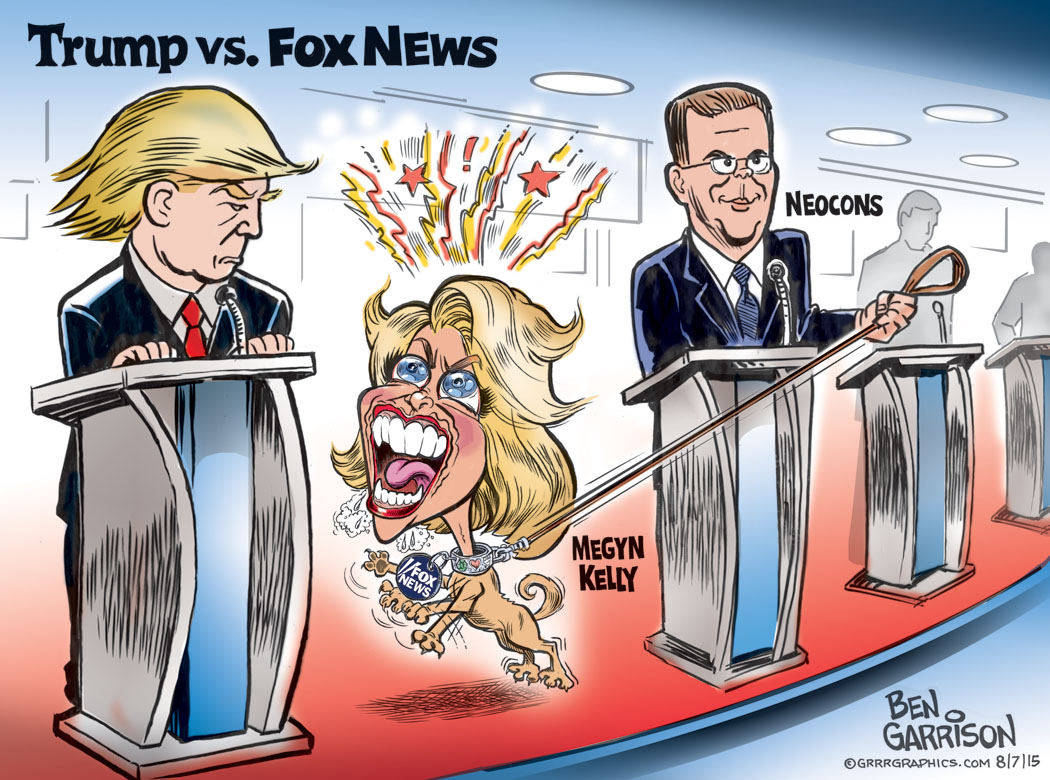 First of all: I’m not necessarily endorsing Trump. It’s just that the more he’s attacked by the neocon conservatives who run the Republican party, the more I want to root for him. Last night was example. All the other candidates fielded standard ‘presidential’ questions while Trump was mercilessly attacked—especially from Megyn Kelly. It was painfully obvious what she was doing—she had her marching orders from the neocons to make Trump look bad. Instead Fox News looked bad. More credibility lost from the mainstream media.
Meanwhile, “La Raza” praised Bush’s performance. “The Race” of course, wants to erase the borders and create ‘Aztlan,’ and Jeb Bush is willing to accommodate them. After all, it’s part of his daddy’s ‘New World Order.’ The elite want a North American Union. Trump doesn’t want that and so he is attacked as being ‘racist.’ Poppycock. Again, it makes me like Trump because he’s had enough of political correctness. It’s not ‘racist’ to want the borders to be controlled for one’s own country. We see what happens when all sorts of unsavory criminals are dumped by Mexico into the U.S. Terrible crimes are committed and they get away with those crimes due to our ‘sanctuary cities.’
​Let’s see what happens when the neocons begin stealing the primaries from Trump. I have a feeling Trump won’t be as quiescent about that as Ron Paul was.