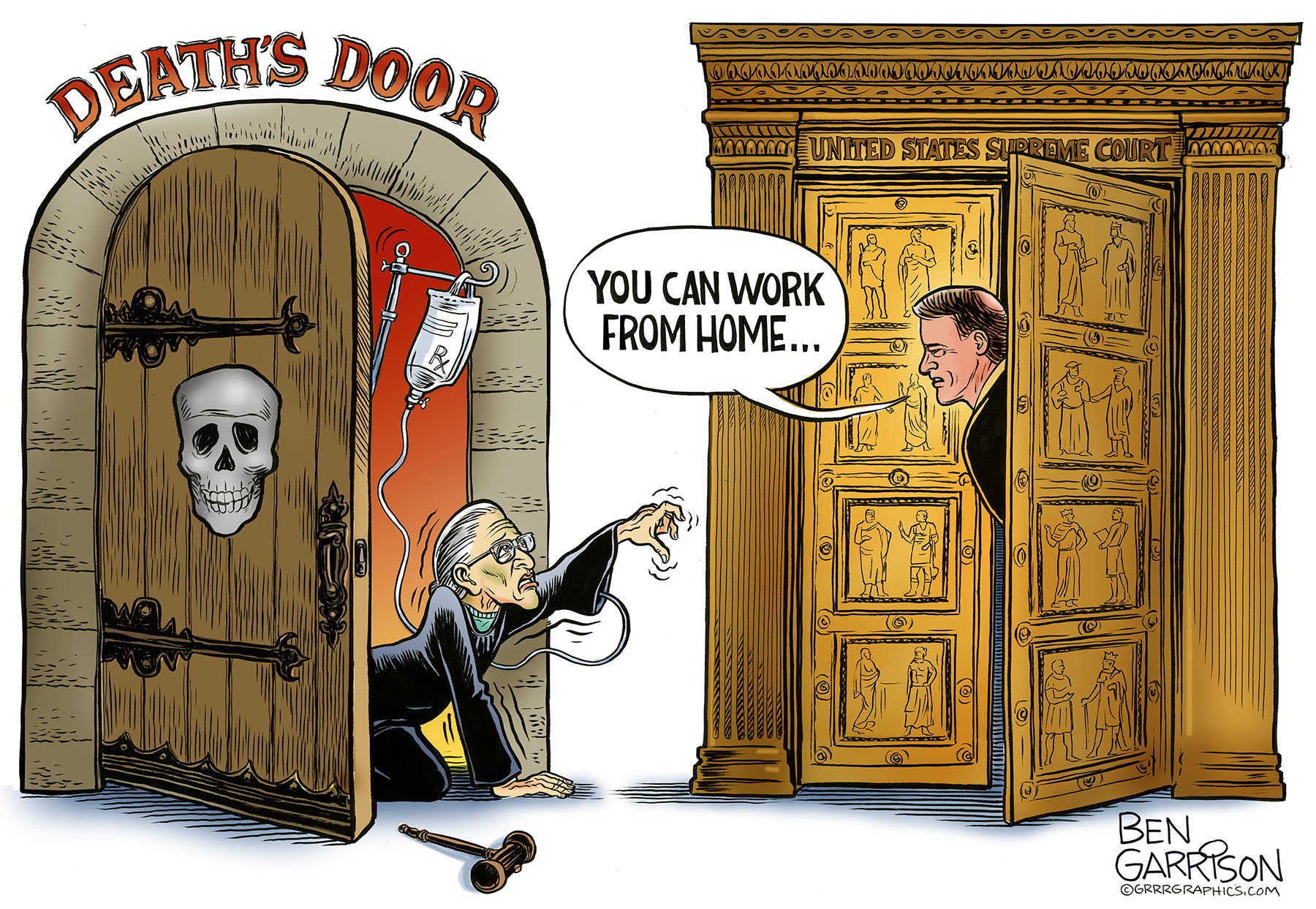 The ailing Ruth Bader Ginsburg has not been seen in person for oral arguments at the Supreme Court for three days. The Deep State Swamp is in panic mode. Apparently the 85 year-old Justice is working from home.

Since being appointed to the Supreme Court by Bill Clinton in 1993, Ginsburg has not missed a single day during her 25 year tenure on the highest bench in the land, even though she’s had three cancer treatments since 1999. She’s a tough old leftist bird who did her best to stay in shape. She wants to live as long as possible to continue to make a difference and keep conservatives at bay. Still, even those who eat right and stay in shape eventually give in to entropy. It happens to everybody eventually. Nobody gets out alive.

For many years she’s been an advocate for women’s rights and abortion. Like Chief Justice Roberts, she’s pro-Obamacare and on the side of globalist Deep State. She believes in open borders and following international law. She ruled against all-male military schools and insisted the Boy Scouts allow gay leaders.

When Trump was elected she joked about moving to New Zealand. She has had a variety of ailments, but her biggest one may be Trump Derangement Syndrome. She stated that she wants to stay put for another five years at least. She will do all she can to hang on to help block pro-Trump decisions. Will her legal team carry out her decisions from her sick bed? If she dies, will they keep it a secret, thus preventing Trump from appointing a bench-swaying third conservative Justice? Probably not—but don’t be surprised if it happens.

Stay Tooned for the next GrrrGreat cartoon!

Support Cartoons- Buy a shirt at our TeeShirt store! Click to view!