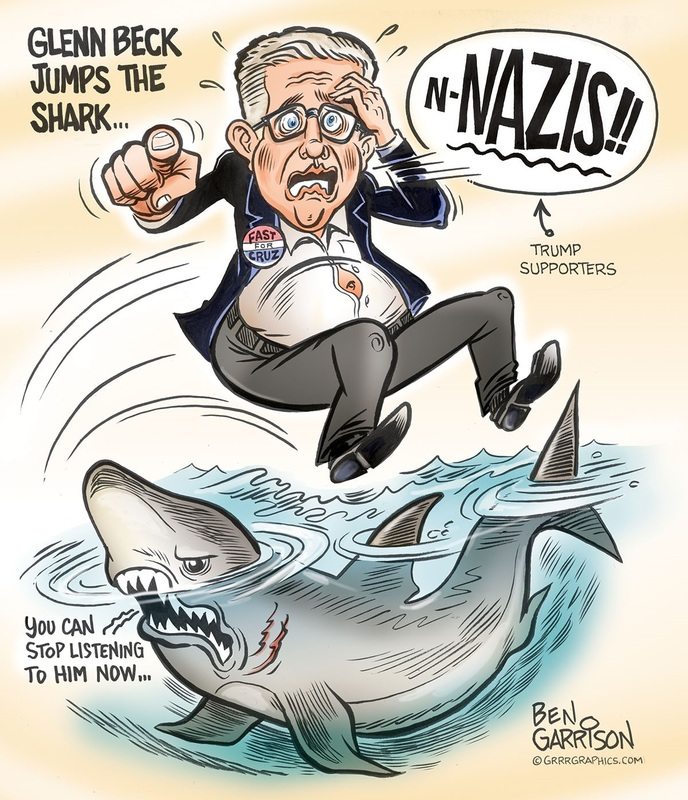 My new Ben Garrison cartoon “Glenn Beck Jumps one of Many Sharks” A funny little cartoon I dashed out,
​(I love Glenn Beck!) Glenn Beck got a little steamed when Donald Trump walked into a Nevada caucus venue and crashed Beck’s speech. The next day Beck compared Trump’s supporters to Hitler’s notorious paramilitary group known as the “Brownshirts.” When someone has to call an opponent a “Nazi” to win a debate- that’s when the shark is jumped and they become irrelevant. Beck is an ex-rodeo clown and has been teetering on the edge for the last few years, this election cycle has finally pushed him over.