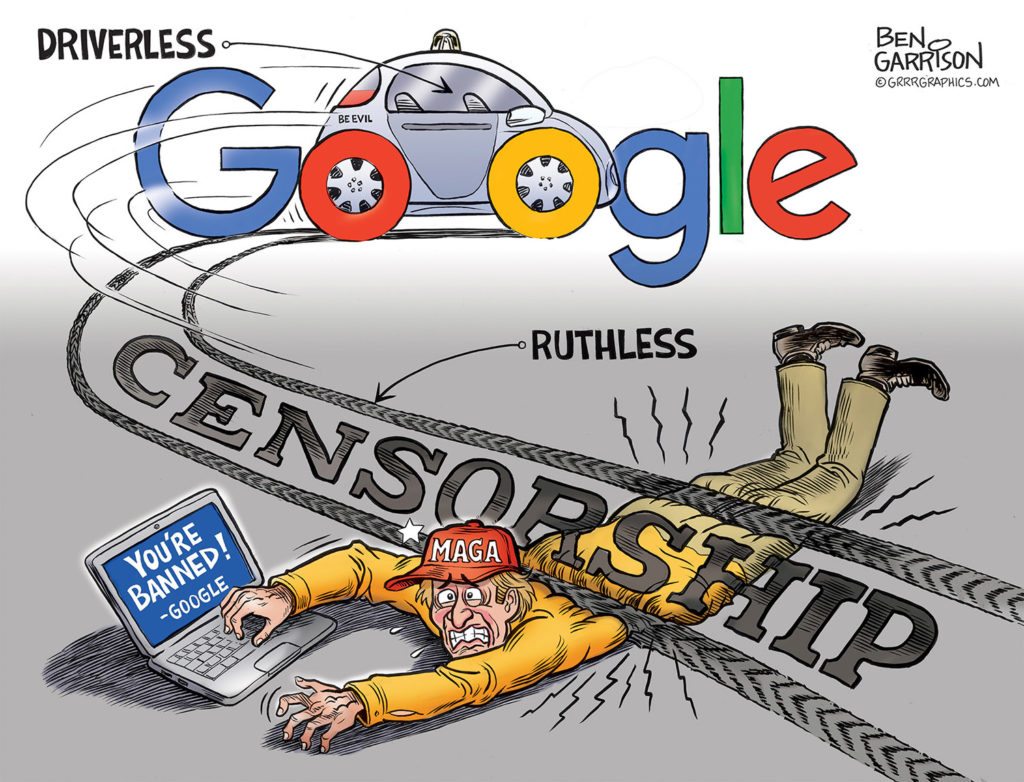 The suit accuses Google of singling out, mistreating and systematically punishing and terminating employees who “expressed views deviating from the majority view at Google on political subjects raised in the workplace and relevant to Google’s employment policies and its business, such as ‘diversity’ hiring policies, ‘bias sensitivity’ or ‘social justice’…”

Google is accused of keeping “blacklists” of conservative employees in order to block advance their advancement in the company.

This is what happens when left-wing authoritarians run the most powerful companies in the world- censorship of conservative voices.