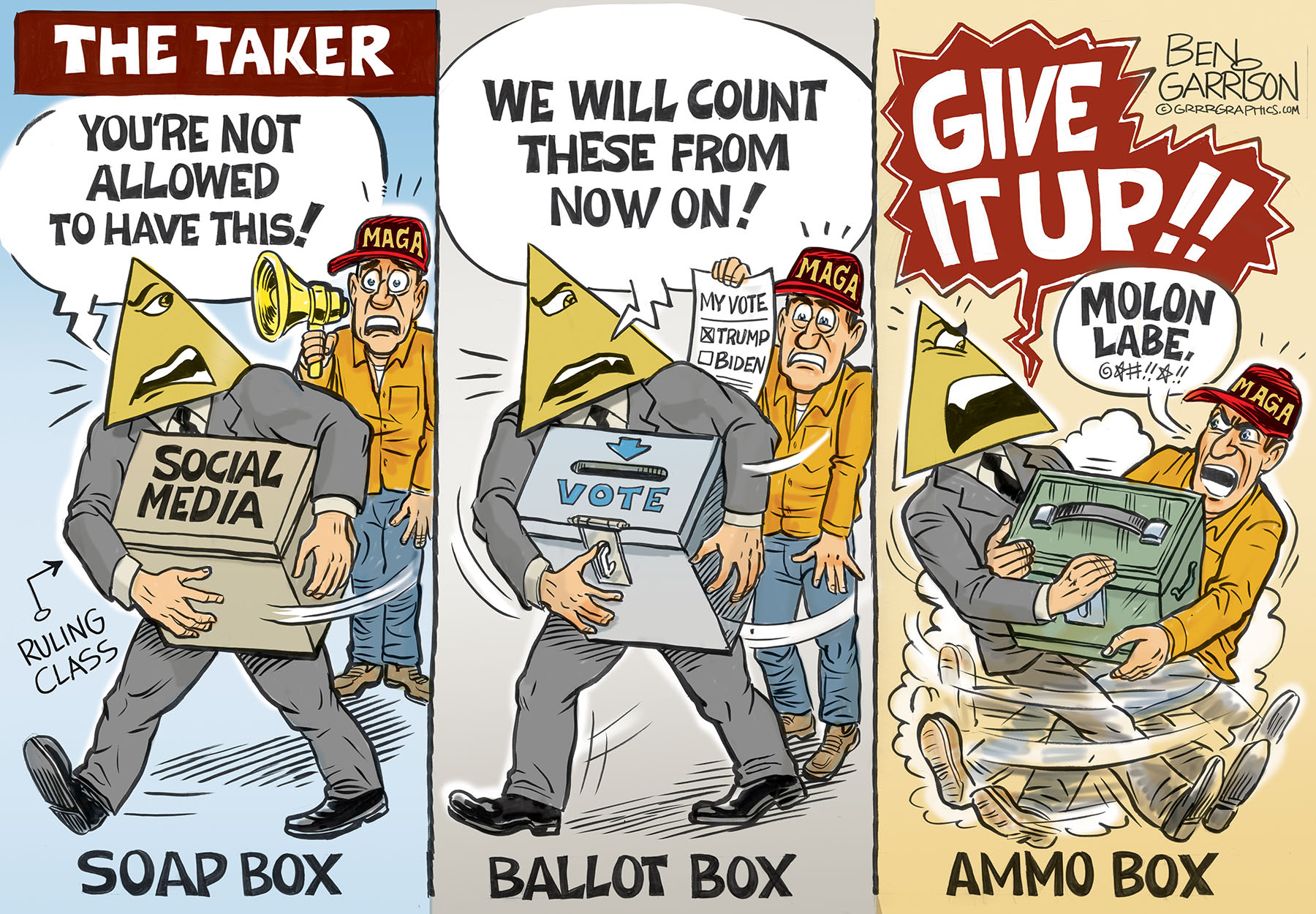 The Big Government Taker used 9-11 to take away most of our 4th Amendment. Many lives were also taken when we were forced to fight endless wars in the Mideast. Now the artificial crisis known as COVID-19 has enabled The Big Government  Taker to remove even more of our rights. People were/are locked down, forced to wear masks, and socially distanced. They complied at every turn.

Then our free speech, at least for conservatives, was taken away on the most popular social media sites. The virus enabled widespread mail-in balloting, which was blatantly corrupted. Other shenanigans followed. The virus enabled our votes to be taken away. The Big Government  Taker rigged the election for Biden.

Who constitutes Big Government the Taker? The usual suspects.

They’ve taken away our town square social media soap box. Then the ballot box was taken away in a rigged election. We must not let them take away the ammo box. The Second Amendment is our last means of defending ourselves from genocidal maniacs who would love to drag us off to FEMA camps for forced vaccination—or worse.

We can’t let them take our firearms or our ammo boxes. If we do, get ready to live in a high tech prison world where we will have become citizen cattle subject to any whimsey from totalitarians such as Bill Gates. He’s the ultimate taker, he wants to take your life.