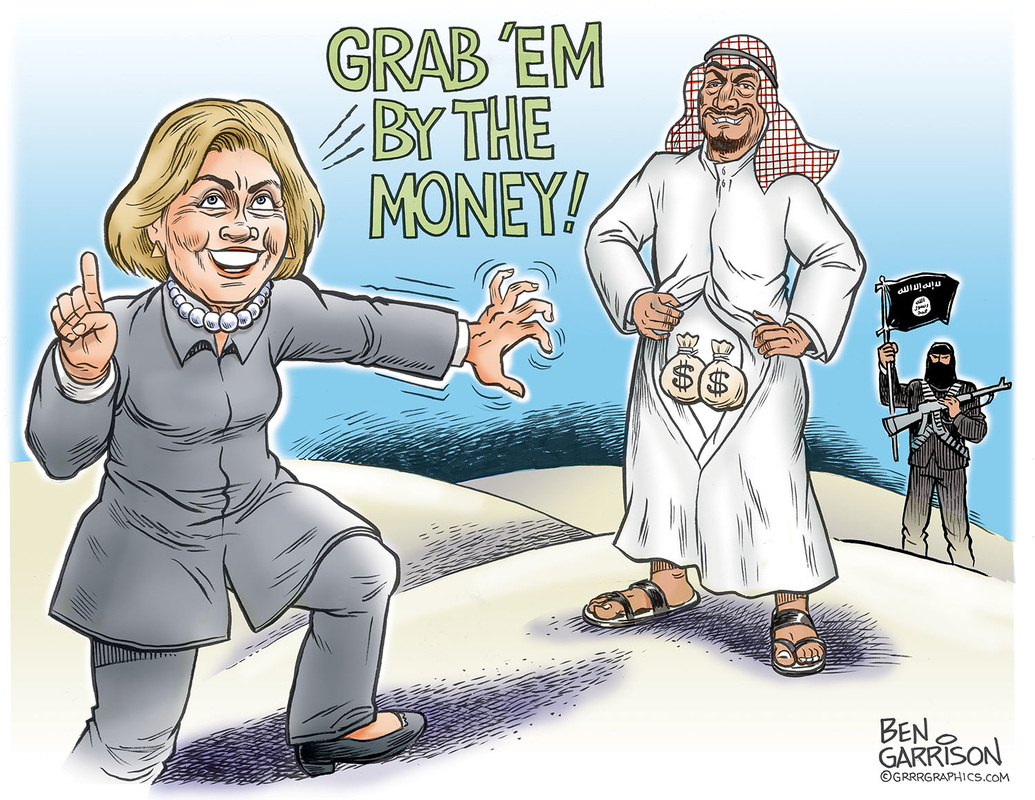 Everyone by now has heard Trump’s lewd locker room comment about grabbing a part of the female anatomy. We know he regrets it. Hillary on the other hand, has committed real crimes and has caused many deaths. She has no regrets. That’s because she’s a psychopath. If elected, it could mean WWIII and death for millions, while she enjoys the safety of some deep underground bunker. She’ll probably get a good chuckle as she contemplates all of the ‘deplorables’ and basement dwellers who will have died.

Trump may like sex, but Hillary’s main lust is money. She grabs it any way she can. This includes her rigged cattle futures windfall trade as well as her disgusting Clinton Foundation pay for play money laundering scheme. She knows money leads to power. She has accepted millions of dollars from Saudi Arabia and made sure they got the arms they wanted. The Saudis are also arming ISIS. Obama has admitted backing ISIS in Syria. Criminals are running the show and they want to keep running it.

Yes, it’s difficult to imagine a criminal getting this close to the presidency, but that’s how perilous it has become. The Clintons are money grubbers who have gladly cashed in their country so they could enjoy ill-gotten gains. I’m paraphrasing here, but I once heard Trump’s son Eric remark, “What did the Clintons sell to have gone from ‘dead broke’ to be worth over $50 million dollars?”

They sold out their country.

You can become a monthly donor on Patreon for as little as a dollar a month!
https://www.patreon.com/grrrgraphics

Buy a T-shirt and more at the GrrrGraphics TeeSpring Shop
https://teespring.com/stores/grrrgraphics-t-shirts

When I have the time, I accept commissions, you can find my rates at my FAQ page at GrrrGraphics.com