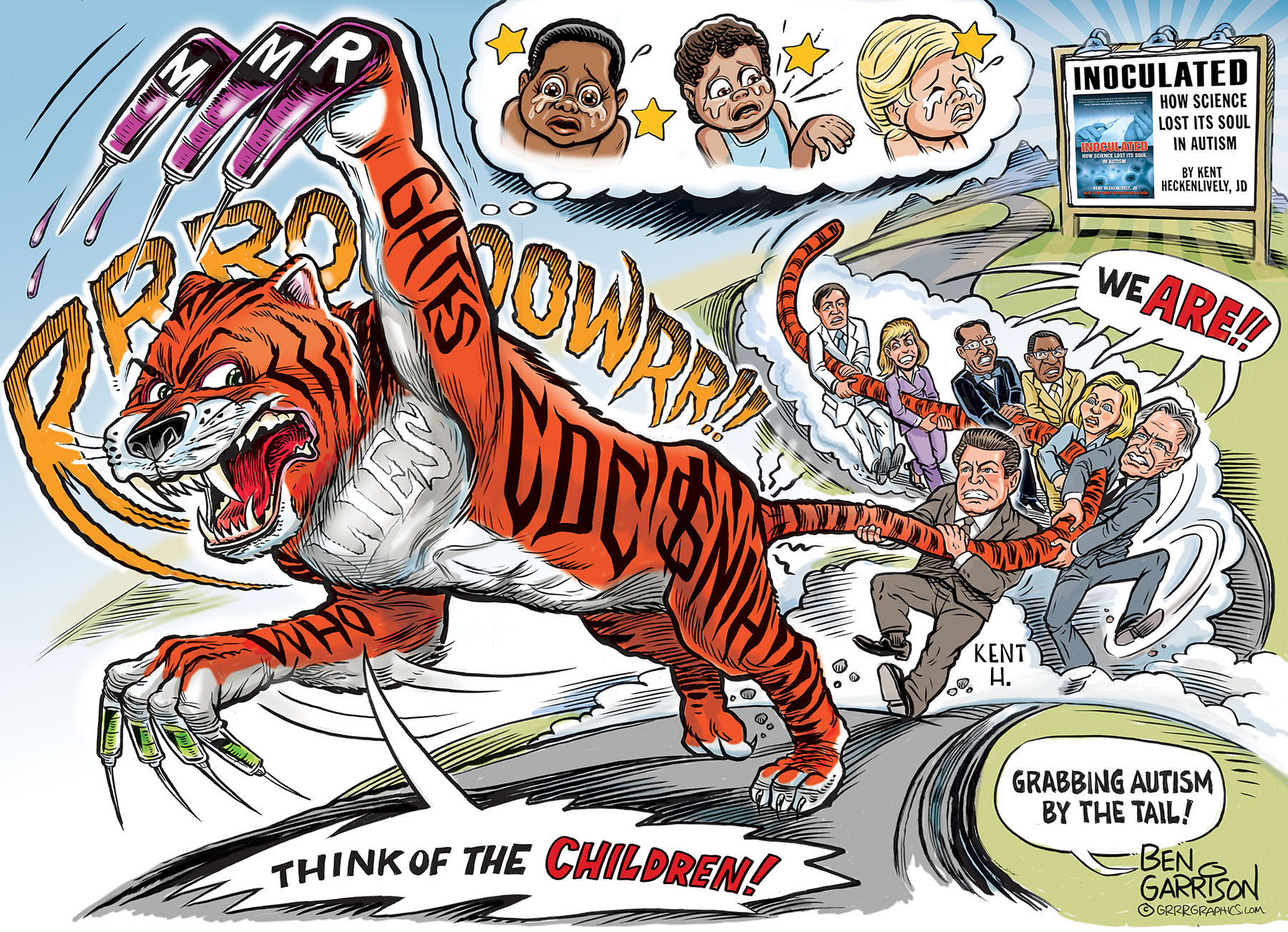 Autism was unheard of a century ago. In the early 1980s, one in 10,000 kids had autism. Today, it is 1 in 45 and the problem grows steadily worse as children are jabbed with increasing amounts of vaccines.

Still, the ‘official’ medical authorities state there is no correlation—even though many whistleblowing heroes have stepped forward and provided substantive evidence that vaccines are the culprit.Exposing the vaccine industry’s culpability is no easy task. They are protected by a vaccine court, something pushed by George Bush and reluctantly signed into law by Ronald Reagan in 1986. The National Childhood Vaccine Injury Act prevented vaccine victims from suing the vaccine makers. Their cases are now tried in a government-sponsored court. It means taxpayers are forced to pay the damages, which are often quite limited. The vaccine makers are not held liable and that lack of accountability leads to irresponsibility. They are free to take risks and damage lives because profit margins are great. Those that question vaccines are called ‘conspiracy theorists.’ The vaccine makers claim a monopoly on science, but science can be corrupted by those with big money and an agenda. Centi-billionaires such as Bill Gates, for example.A few truth-telling medical doctors and scientists have exposed the official narrative and revealed the truth: Vaccines can cause autism. These brave whistleblowers have been rewarded with ridicule, ruined reputations, lost jobs and financial ruin, harassment, and sometimes even violence. Big money is used to silence them and big government is their ally. Government can’t admit the truth—it might end up costing many hundreds of billions of dollars in damages. Therefore, vaccine abuse is allowed to continue unabated, while autistic children and their parents are forced to pay an extremely heavy price, not just in terms of money, but also physical and psychological stress.

Corporate news reporters largely ignore the matter. They might parrot the official narrative as given to them by agencies such as the Centers for Disease Control and Prevention (CDC) and that’s all. Corporate media certainly won’t step on the toes of major pharmaceutical companies who manufacture vaccines and sometimes deadly drugs such as Merck’s Vioxx. (The latter may have caused 50,000 deaths or more). Such media rely on the mega money derived from Big Pharma advertising, which obviates any investigative journalism.Fortunately we have citizen journalists such as Kent Heckenlively. He’s not afraid to take on the pharmaceutical Goliaths. The best selling author has stepped up and done the work that corporate media aren’t allowed to do. In his newly-revised book, “Inoculated: How Science Lost Its Soul In Autism,” Kent clearly lays out facts and stories of true heroes who have risked much to tell us the truth.

In my cartoon, I show a vicious vaccine tiger getting his tail pulled by Kent. He’s followed by Judy Mikovits, Minister Tony Muhammad, Minister Farrakhan, Polly Tommey, and Dr. Andrew Wakefield. There are many other heroes, but it would require a much longer tiger’s tail.

Why Ministers Muhammad and Farrakhan? Because African American children face an even higher risk of autism—particularly from the MMR vaccine. A CDC whistleblower revealed the data and Robert Kennedy Jr. asked the ministers to use their influence to speak out against vaccine abuse. They decided to take action and quickly discovered that black politicians were bought out by pharmaceutical companies, just like white politicians.Even Trump’s son Barron may have suffered from an undisclosed vaccine injury. Sadly, this did not motivate the president to take action. He could have at least set up an independent commission to study the matter. Maybe he would have done so during his second term. Alas, he didn’t pardon Assange either, but at least Trump didn’t call for mandatory vaccines. That could be coming with Biden, who represents the mega-billionaires and corruption.