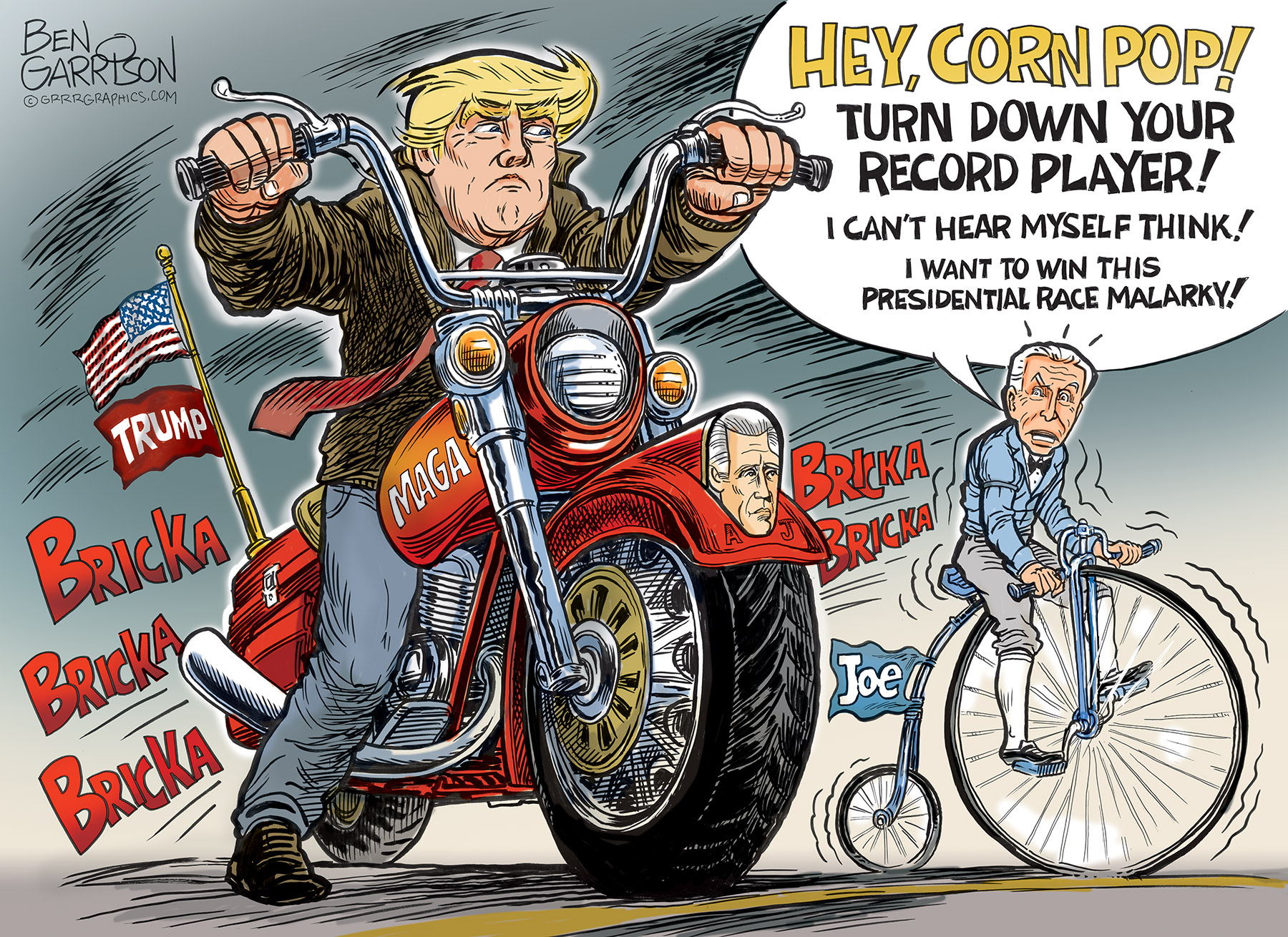 The basement-dwelling Joe Biden is obviously mentally impaired. He’s also way too old. He said he only wants one term. He has run for president before and did very badly. He’s a proven liar. He’s corrupt to the marrow.

Joe’s family grew rich because of his graft. He’s a walking gaffe machine. He’s an awful debater. He has been accused of sexual assault. He gropes and sniffs children on stage even though he knows it’s an issue. In normal times Joe Biden wouldn’t stand a chance.

These are not normal times.

Despite Joe’s series of fumbling faux pas and his inability to focus, he has a chance to win the presidency, and it’s because of the current attempt by the Democrat socialists to overthrow our government.

Sleepy Joe was chosen as the Democratic nominee (yes it was rigged) because he’s a familiar name, yet an empty vessel. He’s a figurehead and placeholder for his running mate. The vice presidential candidate will be chosen for him.

Hillary will do the choosing. Hillary is running the Democrat Party from behind the scenes. While evil, Hillary is also very smart and she learned from her failure in 2016. She knows she remains very unpopular. She knows she lost the meme war on social media. She knows her husband is a rapist and pedophile and she possibly is too. Therefore a surrogate was necessary. Joe Biden.

Hillary made sure the social media problem was addressed and now we have open censorship. The plannedemic will allow the Democrat Party to take advantage of mail-in voting, which will be rife with corruption (in favor of Democrats, of course). Trump’s strong economy has been trashed. The Russia collusion hoax and impeachment did not work, but the virus is working. The virus offers a good excuse for them to keep Joe in his basement ahead of the election.

If Kamala Harris is chosen, then we’ll know for sure that Hillary’s fat fingered prints were all over this. Harris is Hillary’s puppet. She does Hillary’s bidding. It means Harris will be president and Hillary will be the shadow president. Remember, Harris said if the White House is regained, they’ll be coming after Trump supporters—the people Hillary insulted as ‘deplorables.’

If Biden wins, then our Republic will be done. Trump’s victory is imperative.