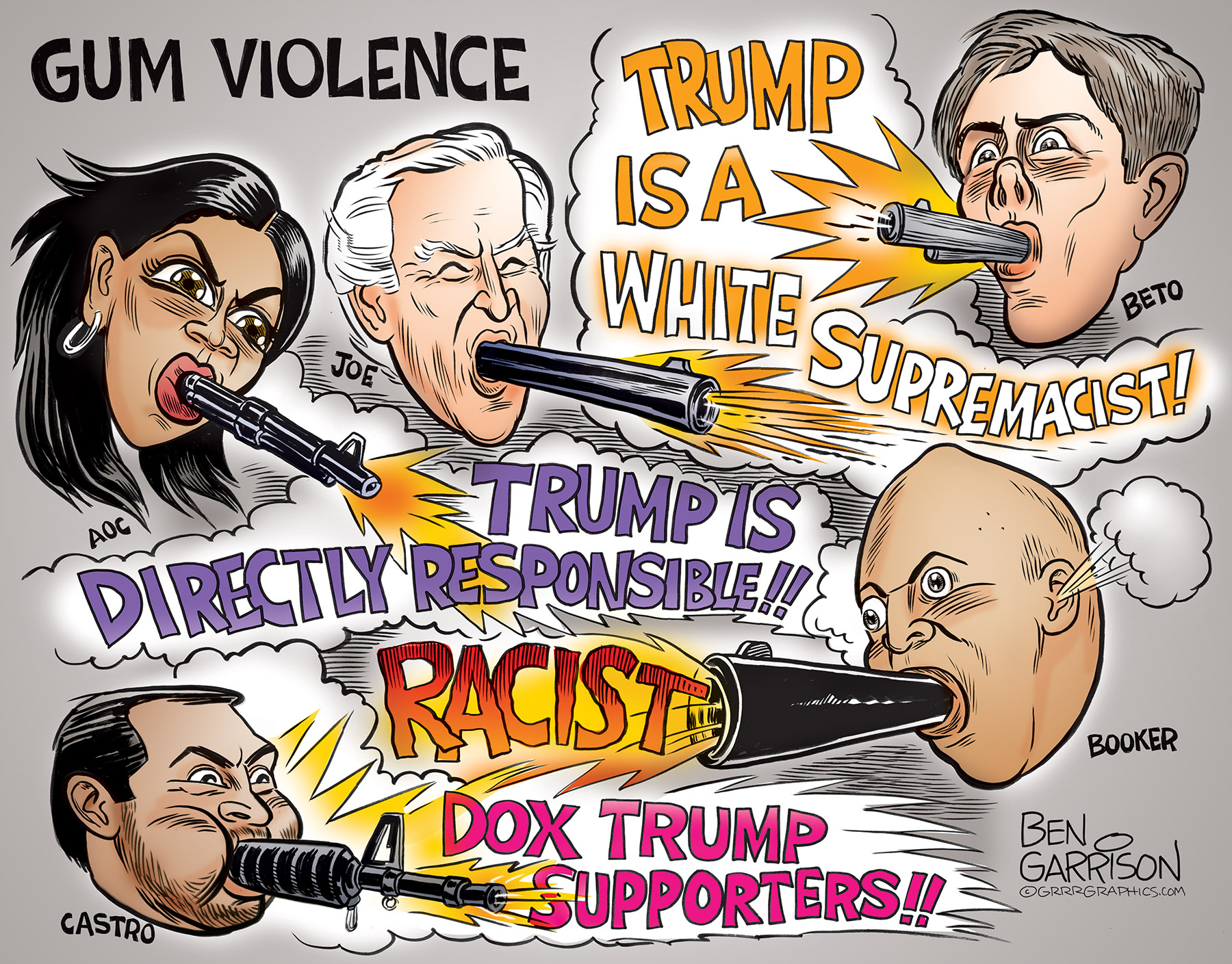 RADICAL DEMOCRATS SHOOT OFF THEIR MOUTHS

The Democratic Socialists are behaving disgracefully. I know, what a shocker. The ‘Russia Collusion’ lie badly exposed them, and now they’re exacting their revenge by blaming President Trump for the El Paso mass murder.  Even Sleepy Joe Biden got in on the act.

Politicizing tragedy is nothing new—Rahm Emanuel once said no serious crisis should go to waste. The latest tragedy is being vigorously exploited by the left. Their nasty rhetoric would be laughably ridiculous if it weren’t so dangerous.

Trump Derangement Syndrome drives them to divide our country even further with their creepy conspiracy theories of Nazis hiding behind every curtain and crevice—much to the disrespect to the families who are mourning.

A citizen can be black and favor America first—it’s called patriotism. It’s also known as nationalism. It means supporting the United States first and foremost. Likewise, a citizen can be white and be a nationalist. A white nationalist is not a white supremacist. Holding our country supreme is not the same thing as white supremacism, but many on the left are blindly indiscriminate when it comes to logic.

Many Trump supporters reject globalism. They want our borders protected and fair trade deals. This does not make a large portion of the US population ‘white supremacist.’

The worst thing that could happen as a result of the crisis is the so-called “Red Flag” gun control law. The Democrats say it wouldn’t be enough. I say it’s way too much. If passed, it will eventually be used to take away our guns.

Anyone who has visited a psychiatrist could have their 2nd Amendment nullified. Someone could post a politically incorrect message somewhere in jest and then find themselves facing the same penalty. Who knows—if one is in a bad mood or speaks sarcastically to a police officer or is critical of government or the Federal Reserve, such ‘hate’ may be enough to cause one to lose the right to firearm ownership.

Once government’s ‘red flag’ branch of the FBI or the CIA or whatever other tyrannical and corrupt ‘authority’ gets such a power to take away our guns, they will use it—and then broaden that power with time.

Meanwhile, the Democrats continue to wear out the word ‘racist’ until it has nearly lost its power. Perhaps that’s why they and their corrupt media must ramp things up to a scarier-sounding slur, ‘white supremacist.’ 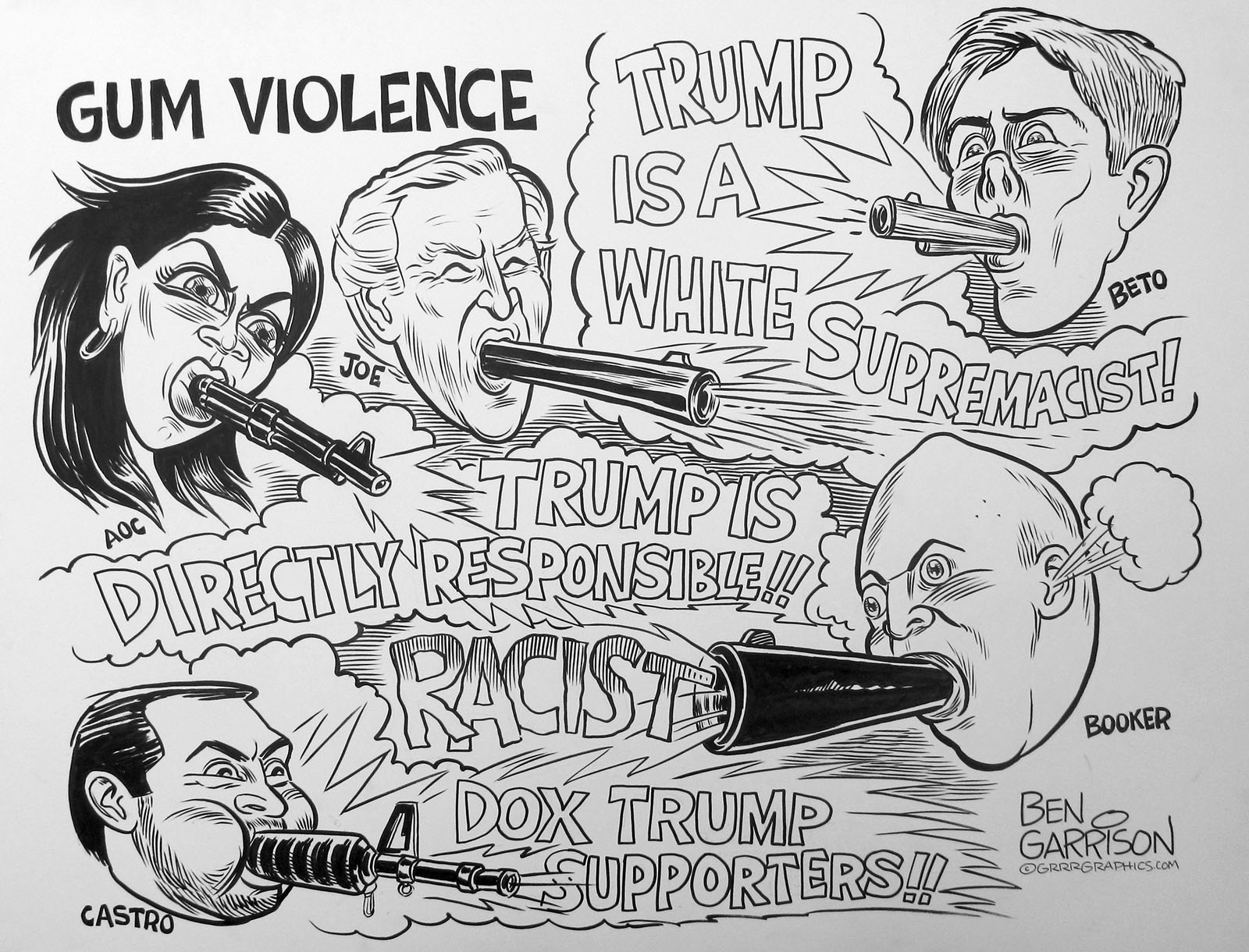