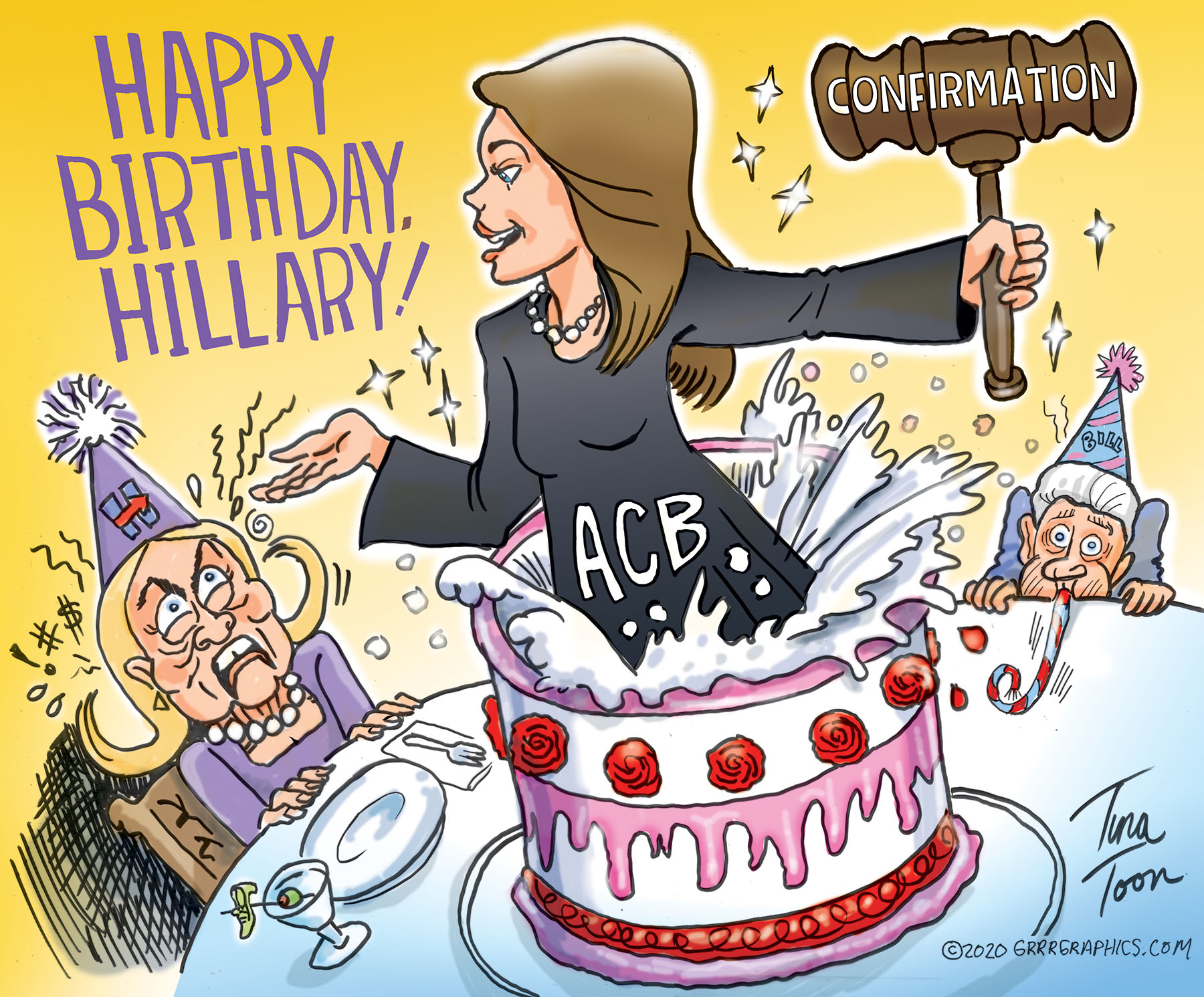 Hillary Clinton probably didn’t have much of a happy birthday considering how she had to share her special day with the momentous event of Amy Coney Barrett getting sworn in to the Supreme Court.

There has been a lot of hateful lava spewing from Hillary’s volcanic head lately. The twice-failed presidential candidate seems to be in a very sour mood. She explained how it made her literally “sick to her stomach” to think that she’d have to endure four more years of Trump’s “abuse and destruction of our institutions, and damaging of our norms and our values, and lessening of our leadership.” She also went on to say that most Republicans are “cowards, spineless enablers” of Donald Trump.

Which institutions are getting destroyed? Well, we know the FBI has already been destroyed by partisan Democrat and Deep State operatives. Everything the FBI now does seems designed to protect swamp monsters such as Hillary Clinton. Norms and values? Hillary values the further lining her pockets with ‘pay to play.’ Such criminal behavior is normal to her. Hillary values her own power she’s mad that her leadership was ‘lessened.’ She needs it lessened still further by getting locked up.

Justice Barrett is at polar opposites with the abortion-loving Hillary Clinton. A baby, moments from birth, can still be aborted according to Hillary because legally it’s not a human being. Barrett loves the Constitution and is a strong woman of real values including justice and the protection of individual rights. Hillary had her cake and ate it too. She also wanted to control the cakes of everyone else.

Sick to her stomach Hillary will gulp down more antacids should voters ‘enable’ Trump to win a second term. The hate in Hillary’s heart beats strong, but the love within Amy Coney Barrett is stronger.

Want Tina to keep drawing great election cartoons? Keep her going by buying Tina a strong cup of coffee so she can draw even faster! Thank you for the support, Click to send a coffee!