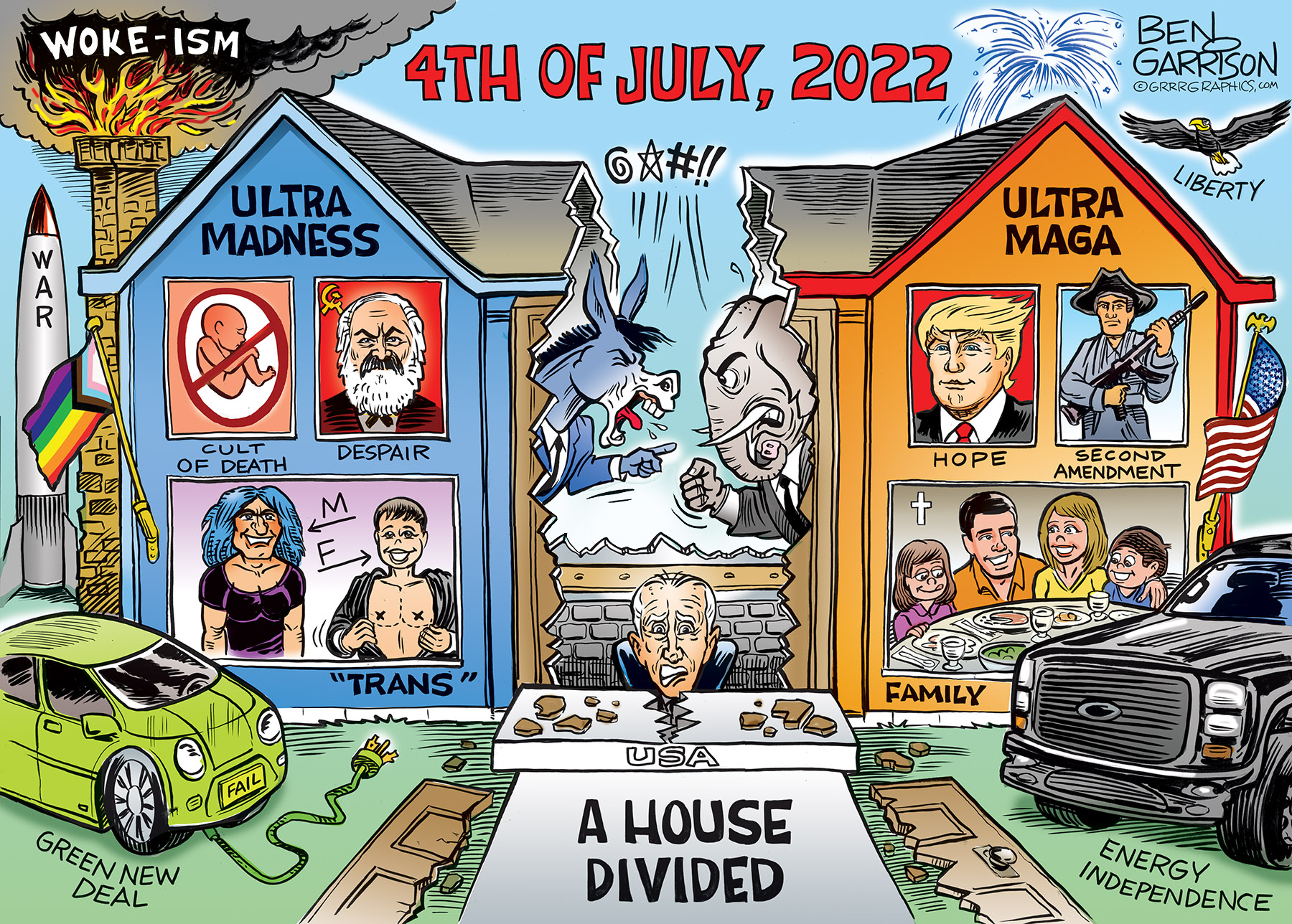 A House Divided Can Not Stand- Choose Wisely

The fourth of July used to stand for all Americans coming together to celebrate our Independence Day from tyranny.

Now, too many demand the return of the very same tyranny our forefathers rebelled against. We’ve been around long enough and seen enough independence days to notice that America is now more divided than ever.

In our younger days we observed how Democrats and Republicans didn’t often agree with each other, but such disagreements were done with a certain modicum of class and mutual respect. Both parties placed the overall interests of America first. This is no longer the case.

Biden said he was not a ’nationalist’ and he placed globalism above America’s interests.

Biden does not want to make America great again. It’s why we’re seeing such high gas prices at the pumps. It’s why we’re involved in another war that does not serve our interests. Biden doesn’t want America to be energy independent. He wants the globalist’s ‘climate change’ agenda to be forced upon us regardless of the consequences. Biden doesn’t want to control the borders. He wants America overrun and its middle class destroyed. The Democrats want everyone dependent on Big Government. Under Obama and now Biden, the Democrats hate America outright. They especially hate what it once stood for—freedom and liberty. Patriots were called ‘bitter clingers’ by Obama.

The anti-American ‘woke’ Democrats want statues that commemorate America’s history pulled down. They want ‘green’ energy, which means much higher gas prices. They want more crime and wide open borders, an endless war a half a world away, abortion on demand, and even the end the very family structure itself. They are blurring and destroying the very definition of what men and women are, the Democrats have shown that they are anti-human. They urge women to get abortions in order to stay in the corporate workplace. This is anti-family.

Many ‘RINO’ Republicans work with the Democrats, but overall the two parties are more divided than ever.

We don’t see much changing that would remedy this situation. Our country is not going to come together again. The Democrats continue to impeach and impugn their arch-enemy, Trump, even though he’s not in office. They’ve resorted to the crassest lies to ensure he doesn’t run again and if they keep stealing elections, real fireworks will eventually begin.

Our forefathers objected to taxation without representation and we must do the same if our Constitution is ignored while tyranny, criminality, and corruption run rampant among those who would rule us.

With this is mind, cherish your families and this Independence Day weekend, don’t let it be your last.