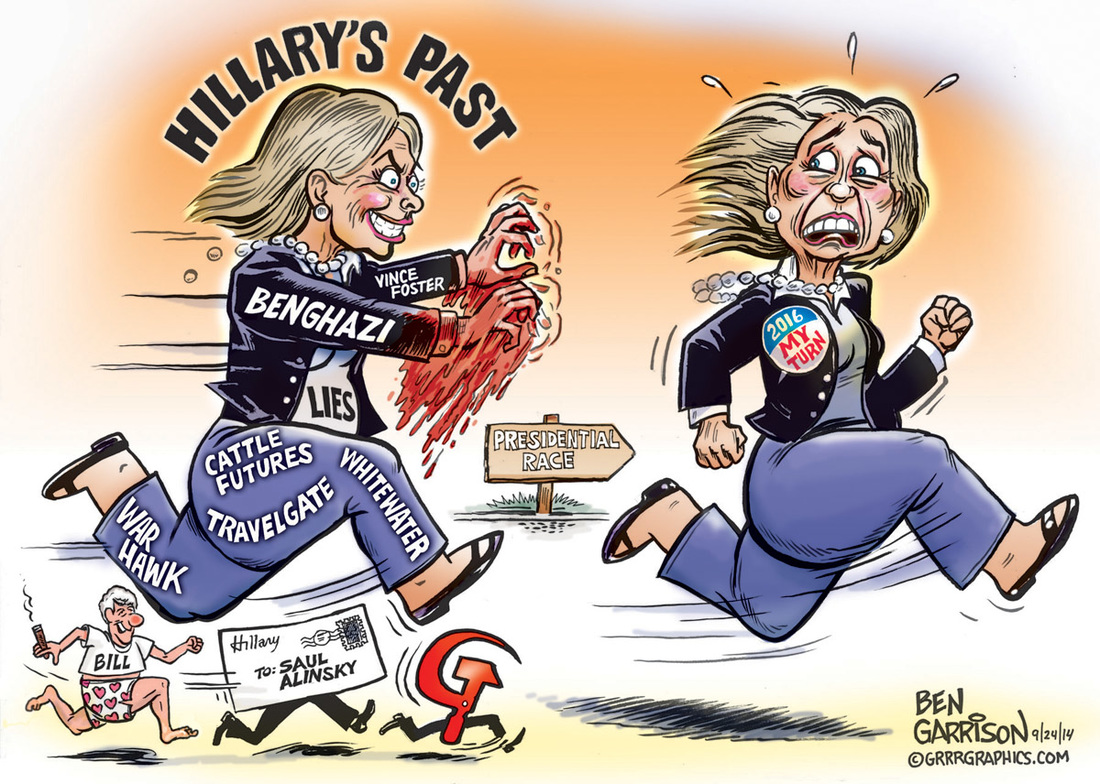 “HER INEVITABLENESS: The Upcoming Election of HIllary Clinton”
It’s Hillary’s turn. The elites, DC chattering class, and bought-out mainstream media all say so. You will see specials on TV about ‘strong women’ and you will be groomed to think it’s “Hillary’s turn.” If you disagree, you’ll be smeared as sexist.
I’m all for a female presidential candidate as long as she supports the Constitution. Instead, we’ll get Hillary. She’s pick up where Obama has left off. There will be more war, more taxes, increasing totalitarianism and crony capitalism. The top 1/10th of the one percent will continue to get fabulously richer while the middle class will get poorer.
In short, the same shabby system will continue to be pushed down the road. The Federal Reserve will print money for their friends and the bought-out Congress will continue to rubber stamp whatever tyranny the president has in mind.
Hillary doesn’t deserve to be president. It’s NOT her turn. There has to be thousands if not millions of people more qualified–male and female. Instead the media will drum it into our heads that it’s ‘her turn.’ She’ll be jammed down the nation’s throat whether people like her or not. Polls and elections will be ‘controlled’ to make sure she gets in. After all, she’s got all the right credentials of corruption.